10 steps to better orgasms for wives

10 steps to better orgasms for wives

Way back in 2014, someone asked in our Wives’ Orgasm Experiences survey how to have better orgasms for women: Beyond how to achieve orgasm, I’d like to hear from other wives on how they have gotten their orgasms stronger or more complete.  I often feel

Way back in 2014, someone asked in our Wives’ Orgasm Experiences survey how to have better orgasms for women:

Beyond how to achieve orgasm, I’d like to hear from other wives on how they have gotten their orgasms stronger or more complete.  I often feel like my orgasm “fizzles out” before it hits the roof.

Now, I have a guide for how to make it easier to orgasm, but she wanted to know how to actually make them better.  Well, I had an idea of how to, but I only have one woman to test it out on, my wife.  So, I reached out to our community of wives on our mailing list.  I wanted to know what makes them orgasm more strongly.  57 women responded giving answers which became the basis for this post.  In them, I saw a definite grouping and even a sequence of things that you can do to make your orgasms more powerful as a wife.  Or how, as a husband, you can help make your wife’s orgasms stronger.

Kegel exercises were cited by many of the women as being a major cause of their orgasms improving.  They help improve pelvic floor muscles, which are known to improve orgasms, not only for women but for men as well.  They also help with bladder control, and similar things.  You can do Kegel exercises on your own, or you can use a device like the Elvie to turn it into a game and keep you wanting to do them.

If not, you can get a lot of the same benefits by doing squats every day.  Try a month long daily squat challenge:  Start with 30 squats on day one.  Increase it by 5 every day except for one rest day a week.  Make sure you do your squats properly, no cheating.  Nerd Fitness has a create post on how to do squats properly with pictures and even video.

In addition to working out your pelvic floor muscles, squats will also help with your other core muscles, and also make your butt look better.

Foreplay is a must.  I know, sometimes you just want to skip it, especially the guys, but foreplay is almost essential to a better orgasm.  For one, women tend to need more time to warm up.  Not all do, but most.  But, besides that, if you want longer, stronger orgasms, your arousal system needs time to build up.  Even if you can get aroused faster, you need that pressure to build so that when you do orgasm, it’s like a dam bursting.

4. Slow down the sexual experience

I’m not just talking foreplay here.  When you’re having sex, slow it down.  Don’t race to the finish line like the first one to get to orgasm wins.  Instead of focusing on the orgasm, focus on enjoying the time together.  Be mindful of the experience, not the end result.

5. Change things up during sex

During sex, but before you start getting close to orgasm, change things up.  This helps reset how close you are to orgasm, while still building up arousal.  This can be a change in position, which gives you a short pause while you switch but keeps arousal up.  Or, you can change the rhythm or tempo, speeding and slowing down.  You want to be able to build that arousal without tipping over the edge of orgasm.

6. Hit multiple nerve centres at once

One of the best ways to arouse someone more is to hit multiple nerve centres.  These can be physical or mental.  Wives often mentioned clitoral stimulation in addition to penetration.  That could be themselves, or their husband manually stimulating their clitoris, it could be modifying their positions to add clitoral stimulation into the motion, or using a toy just for that added clitoral stimulation.  Others mentioned having their nipples sucks, pinched, pulled or just generally played with.  Again, sometimes it was their husband doing the stimulation, sometimes themselves.  Some were even brave enough to mention anal play as being something that makes their orgasms much stronger.

Women have a lot of erogenous zones that can be played with during sex.  If you can manage to hit a bunch of them at once, then you’ll find the arousal builds faster and stronger.

A lot of wives mentioned that being more vocal helps increase their arousal level and subsequently improves their orgasm.  I think this is because if you are vocal it helps keep your mind and body in sync.  Often women find that their minds wander during sex, but if you are being vocal, it helps anchor you during sex.

There’s also something that’s just primal about being more vocal.  Like opening your mouth opens up you body to more feeling.  If you can manage to release the brakes on your voice, chances are, the brakes on your arousal will be released as well.

These may seem to be an oxymoron, but they aren’t.  If you get too in your head about sex, then it’s going to be harder to have a “fuller” orgasm.  Too many women worry about what they look like, what they sound like what they feel like, or any number of other things.  Relax.  Instead of focusing on all the worries about sex, instead, focus on how sex feels.  Some women find that focusing on the sensations help them build a bigger orgasm.

Others find that focusing on their spouse’s pleasure helps build their own orgasm.  Pay attention to their body language, their facial expressions, and their sounds.  Focus on that communication, whether it be verbal or not.

Whichever method works for you, focus not on the worries or anxieties, the stuff around sex, but instead focus on the sex itself.  Focus on the feelings, the sensations, the connection.

9. Be consistent leading up to orgasm

Leading up to the orgasm, it’s time to stop changing things up.  Don’t slow down.  Don’t switch positions.  One woman said “NOT the time to change things up for me”, and I think that’s true for most women.  When the orgasm is close, just keep doing what you’re doing.  If it’s being stubborn, you can escalate a bit, whatever that means for what you are doing.  It might mean faster, stronger, harder, but keep to generally the same motion, movement, suction, whatever.

If you’re shopping for a toy, check out Married Dance, and use coupon code UNCOVERINGINTIMACY to get 10% off the price.

There you go.  10 ways to improve your orgasms gleaned from advice from over 50 wives.  Do you have any others?  Let us know in the comments below. 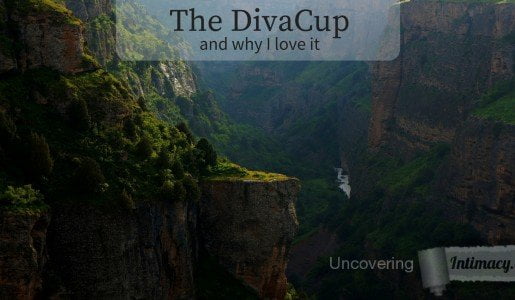 <
The DivaCup and why I love it

How can I encourage my spouse to do something new sexually?
>

3 thoughts on “10 steps to better orgasms for wives”