Are sex toys allowed in a Christian marriage?

Are sex toys allowed in a Christian marriage?

Christian couples have a lot of questions about what is and isn’t allowed in the marriage bed.  One of them is whether or not sex toys are allowed.  Can we use sex toys?  Should we use sex toys?  There are different opinions on this, but,

Christian couples have a lot of questions about what is and isn’t allowed in the marriage bed.  One of them is whether or not sex toys are allowed.  Can we use sex toys?  Should we use sex toys?  There are different opinions on this, but, as with always, we want to go to the Bible for answers.  So, what do we find when we look up sex toys in the Bible?

It’s silent on the topic.  So, we’re left up to logic and personal preference really.  Logically, there is one basic guideline I think we should use:

Any toy should be used to enhance the relationship with your spouse.  If it detracts from it, or becomes the focus, or your relationship becomes dependent on it, then it’s harming you, not helping.  Get rid of it.

So, for my marriage this means:

Last week I ran a survey on using sex toys in your marriage.  Usually I run a survey to gain insight into a particular question, but this time I was just curious because I know I was going to write this post, and frankly, there isn’t enough material from the Bible to talk about, so I wanted to at least give you some useful, or at least interesting information.  So, I’m afraid I have no burning question that was answered.  But there are some interesting points at the bottom.  If you don’t want to read the stats, you can jump straight there.

For those who want all the details, here you go:

How many years married

How old are you?

How old is your spouse?

OK, so 1% of the “Declined to answer” here corresponds to 1% of the previous question.  Someone didn’t want to share their ages.  That’s OK, no problem.  I’m curious about the other 2%…do they not know their spouses age?

How often do you have sex?

Have you ever owned a sex toy?

People who have owned toys

What kind of toy(s) have you owned?

This one is harder to show, because of the variety of answers.  So, I’m going to pick the top 6.

There were various other answers from spreader bars to hog-ties to nipple clamps to bullets to specific names of toys to edible pastes, and on and on.  Don’t worry, I got your answers.

How often do you use sex toys with your spouse?

Who do the toys get used on?

Why do you use sex toys?

This is another difficult one to show the results of.  Many said for variety or because it was the only way they, or their spouse could orgasm.  Others said that they used toys early on in their marriage, but then stopped, for various reasons.  Many people answered “they’re fun”, or “to experiment” or “to try something new”.

What is your favorite toy?

Again, hard to depict.  I should say that the brand LELO got mentioned a few times (I agree, they make awesome products) as well as the WeVibe (another winner in our books as well).  Many mentions of bullet vibes and bondage gear as well.

Why haven’t you purchased any toys?

What kind of toy would you be interested in buying if you did?

Do you use lubricant during sex?

Many answers here again.  A lot of talk about spouses not being open to the idea.  That was probably the #1 idea that came through.

Analyzing this data was a bit frustrating.  Usually something interesting jumps out at me.  I was looking for correlations and couldn’t find much.  I wasn’t until I added a third criteria of gender that the data started showing correlations.  A few of my findings are: 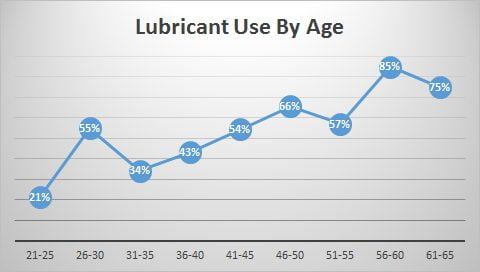 And the commenter “happywife” below asked about a correlation between age and lubricant use. Turns out, yes there is (86% correlation the way I have the ages grouped, and removing the age ranges with only one respondent). It seems that, generally, older couples need lubricant more often. This is not really any surprise. What is a bit odd is the sudden spike at the 26-30 year old range. I’m not sure how to explain that one.
Then, finally, this one jumped out: 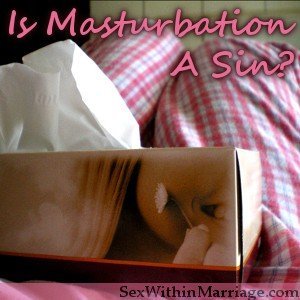 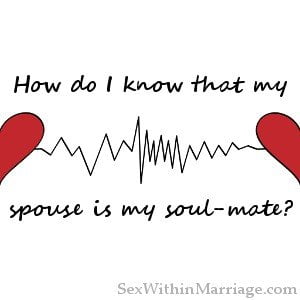 How do I know my spouse is my soul-mate?
>

71 thoughts on “Are sex toys allowed in a Christian marriage?”