How do I know my spouse is my soul-mate?

How do I know my spouse is my soul-mate?

This is a question that plagues couples, both within and outside of Christianity.  It comes in many different forms: Is my spouse my soul mate? Did I miss my soul mate? Is my soul mate still out there? If my spouse dies and I marry 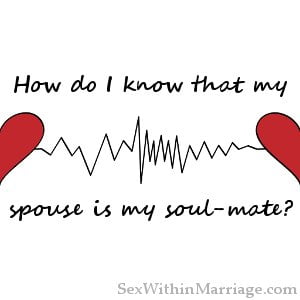 This is a question that plagues couples, both within and outside of Christianity.  It comes in many different forms:

Is my spouse my soul mate?
Did I miss my soul mate?
Is my soul mate still out there?
If my spouse dies and I marry another, is that the one I was supposed to be with?
My spouse completes me!
I can’t survive without my spouse!
I’m looking for/have found my one true love!

All these questions/statements and anything related are all rooted in the concept that there is a soul-mate, a “one true love”, that there is one person predestined to be with you.

So, is your spouse your soul-mate, your one-true-love, are they who God has chosen for you?

Why?  Because the very question is unbiblical.  The entire concept of soul-mates has no place in the Christian worldview, and yet, we see it rolled into doctrine and theology of Christianity all the time, much to our detriment.

So, where does the idea of the soul-mate come from?

The first instance I could find was from Egypt, the myth of Osiris and Isis.  Osiris and Isis were twins in the womb, and fall in love.  Later, Osiris is killed by her brother, Set, because he is jealous.  Isis merges with Osiris’ soul and they conceive Horus.  Set, still jealous cuts up Osiris’ body, and in response Isis gathers up all the pieces and Osiris comes back to life.

Here we see the start of some concepts that have pervaded into our culture (even the mind of Christians):

This belief structure was further solidified in Plato’s The Symposium.  In this text, the playwright, Aristophanes, makes a speech detailing a creation myth.  That man was originally created with 2 faces, 4 arms, 4 legs, both male and female genitalia.  But humans were so powerful and became so arrogant that they decided they could supplant the gods.  So Zeus, in order to subdue mankind, cut them in half, making them less powerful and, dooming them to roam the world looking for their soul-mate, instead of making war on the gods.  But, so as to lessen the blow, Zeus created sex in order to give us some means of reconnecting our soul into a whole again.  From this we get a few more mythological points:

Some of these have made their way into Christian doctrine.  How many of us have heard (to us, or others), or said, “Don’t worry, God has someone special for you, just wait.”  This also creeps up in Jewish mythology as some rabbinical teachings state that Adam was originally androgynous (of both sexes) and God split him to make Eve (thus making them soul-mates).  This gets further ingrained in us from movies, TV shows, books, etc..  Every time there is talk of a “true love”, of “finding the one”, of waiting for “Mr. Right”, this myth digs further into our subconscious.

There are a few problems with this mythology.

What if you believe your boyfriend/girlfriend is “the one” and then they break up with you, or worse, die in an accident.  What then?  Do you “settle” for whomever you find later in life.  How content are you likely to be “knowing” that they are not your soul-mate.

What if you are married, and you’re soul-mates.  Then your spouse decides to divorce, or perhaps dies.  What then?  Should you refrain from remarrying because, well, they won’t be your soul-mate.

But, let’s say you get married, you realize they are your soul-mate.  You are bound together for eternity, nothing can keep you apart.  Well, then it doesn’t really matter how you treat them, does it?  I mean, they are your soul-mate.  Where are they going to go?  It’s not like they have another option.  If they leave, they are forever going to know that they are no longer with their soul-mate.  So you can be safe to wallow in stagnation, never growing or striving to improve your relationship.

Alternatively, you can be married years and still worrying that they aren’t your soul-mate.  What if someone comes along that stirs you.  Perhaps they are your soul-mate.  If so, it would be best to break off this “false” marriage and connect with your soul-mate, wouldn’t it?  I mean, that’s what God would want, isn’t it?

These are just a few of the dangerous outcomes of this mythology that is perpetuated every time someone calls their spouse their “other half”, their “better half”, or says that they “complete me”.

What is the reality?

There is no “special someone” for you.  The concept is not biblical.  Does God know who you are going to marry?  Yes, of course He does, but that’s another topic and has nothing to do with soul-mates, but rather more to do with his existence outside of time and having a perspective we lack.  We all still have free will.

As well, we are all created to be complete individuals from the start.  We aren’t lacking half of our soul, nor are we missing some critical component only to be found in another individual.

In the end, love is a choice, not a trick of destiny.  It requires a constant decision to remain true to your spouse.  In doing so, you, in a sense, make your spouse your one true love.  If you work at it, that will last a lifetime.

What were you taught regarding soul-mates?  What are your thoughts on this topic?  How does it affect your marriage?  Let us know in the comments below. 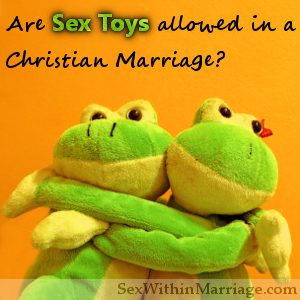 <
Are sex toys allowed in a Christian marriage? 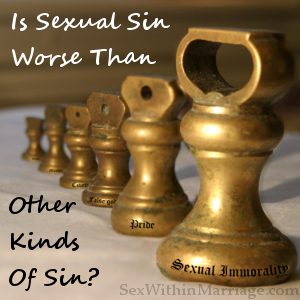 Is sexual sin worse than other kinds of sin?
>

31 thoughts on “How do I know my spouse is my soul-mate?”