Alright, today we’re going to talk a bit about the dual control model of sexual arousal.  I think people probably know this inherently, but sometimes it’s good to put things on paper, as it were, to make them clear.

Now, I think these are by design.  This is how our brain decides when it’s appropriate to have sex and when it’s not.  For example, if you are in a crowed room, your SIS tells you “There are people around!” and puts the brakes on your arousal.  For some people this is more sensitive.  Your SIS might put a hard stop anywhere on the following spectrum:

And it works differently for every person.  I’ve heard of wives who think it’s okay if people hear so long as you’re in a hotel, because you’ll likely never see the people who heard you.  But, I’ve heard of husbands whose SIS shuts down any sex in a hotel, because someone they don’t know might hear.  It’s all very personal, highly contextual, and if you don’t know what’s going on, very confusing.

The SES of course, works in the opposite way.  Something as simple as “Oh, my spouse took a shower” might trigger your sexual excitation system.  Spontaneously getting an erection might trigger the signal “Hey, I want sex!”

This means there are two ways to increase your chances of getting aroused.

One method is to remove some of the things that are setting off your SIS.

Other triggers are a bit more deeply seated and may take some time to work through.  Some examples of these triggers might be body image issues, or relationship problems.  Mistrust or general stress.  For some, these triggers are so deeply ingrained and so strong a trigger that the brakes are always on.  For example, dealing with bad theology regarding sex can keep the brakes on until that theology is dealt with.  I mean, if you think enjoying sex is going to send you to hell … that’s a big inhibitor.

The other method, of course, is to increase the SES triggers.  Some of these again might be simple: change the sheets on the bed, because new sheets feel nice.  Start with a back massage because skin to skin contact can trigger the SES (it might also help release some SES triggers).

Others need some more work and time to achieve.  Trust in your spouse, for example, or feeling valued and appreciated by them.  Having good communication could be one.  And some can be synthesized.  You may never be able to experience the excitement of having a new sexual partner again, but you can find ways to bring novelty into your sex life to achieve a similar trigger.

Which should you choose?

So, do you work to turn off SIS triggers, or work to turn on SIS triggers?  There’s no clear-cut answer to that.  It depends on your triggers.  If you have an inhibitor system trigger that has the brakes on full, then it doesn’t matter how many SIS triggers you manage to hit, you aren’t going to move.  That said, there is a mechanism in the brain that when we get aroused, the part of our brain that regulates some SIS triggers starts to shut down.  So, you can overcome some inhibitors by getting your partner more aroused.

On the other hand, research shows that removing SIS triggers is generally easier than increasing SES triggers.  In other words, it’s more effective to lift your foot off the brake than it is to give it more gas.  But, if their’s no pressure on the gas pedal, you can completely let go of the brake and still sit there not moving.

In short, I don’t have a simple answer for you.  What I’m hoping is that you can use this information to figure out what works best for your marriage.  Have a conversation about what your spouse’s SIS and SES triggers are.  Then work to remove the SIS triggers and hit more of the SES triggers, and everyone will be happy. 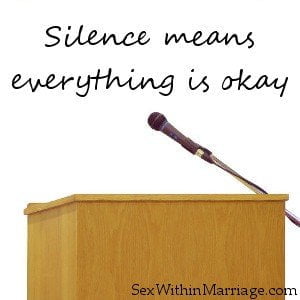 <
Silence means everything is okay 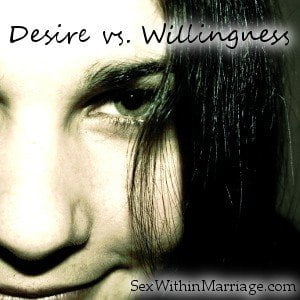