The rest of the world is watching

The rest of the world is watching

I’ve reading some of the comments from our making home videos and taking home pictures survey (please fill it out if you haven’t already), and I noticed a lot of spouses saying they’ve be afraid of someone seeing the pictures or video.  Completely understandable. But this 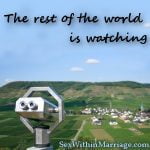 I’ve reading some of the comments from our making home videos and taking home pictures survey (please fill it out if you haven’t already), and I noticed a lot of spouses saying they’ve be afraid of someone seeing the pictures or video.  Completely understandable.

But this sparked a thought in my mind, it’s a bit of a tangent, but here it is.  The rest of the world is watching, in a sense.  I think often we think that the non-Christian world just ignores us, and let’s us live out our lives.  But, that’s not the case, is it?  They may watch silently, it may even be passive, they may not even realize they’re watching, but our marriages show something.  Ideally they should model a biblical marriage, including a healthy, intimate, sex life with our spouse.

And you know what, people notice when you do.

I thought I’d share a couple placed that noticed what we’re doing here at Sex Within Marriage, and what some of our fellow bloggers are doing.  I should warn you, I’m linking to non-Christian sites, so guard yourself.  If you have problems with that, don’t click on the links.

The site Sex Within Marriage offers an explanation even the most strident atheists could accept. In response to the Bible’s silence on sex toys, they say, “Logically, there is one basic guideline I think we should use: Any toy should be used to enhance the relationship with your spouse.  If it detracts from it, or becomes the focus, or your relationship becomes dependent on it, then it’s harming you, not helping.  Get rid of it.” Fair enough.

So, while the post is sort of poking fun at the crazy Christians, they are at least acknowledging that we make some good points, and educating the world that Christians have sex too … good sex even.  And, I think, in part, this can help people be a bit more open minded about Christianity.  I mean, who would want to look into a religion when your opinion of them is that they have boring sex lives?

About a year ago Nerve.com posted an article titled 10 Tips from Christian Sex Blogs that Are Shockingly Good.  I’m quoted twice in this article:

3. HOW TO INITIATE SEX WHEN YOU’RE NOT HAVING ENOUGH

“Basically, initiate more, initiate fearlessly, and be content regardless of the outcome. This is incredibly hard to do, especially when you aren’t having much sex, or when you are getting rejected left and right, because it requires switching your mindset instantaneously depending on the response. It requires that you initiate with full confidence, fully expecting sex to occur, and then, if it doesn’t, to immediately change to be content with the fact that it didn’t, but if it does, you need to be fully engaged as if you always expected it to happen.” —  Sex Within Marriage

“If you are playing role-playing games, or playing with make believe non-consent, or she likes to play “I don’t want it, but I do,” you need to be 100% clear ahead of time that No doesn’t mean No and Stop doesn’t mean Stop, and you need to pick a safe word that means stop!  Something simple, like red or banana.  You decide, but decide on something.  If she says “red“, then you immediately stop what you’re doing and get her out of the restraints as fast as you can, something is wrong, assess the situation, and if there is no emergency (if there is, get to a hospital), discuss what happened.” — Sex Within Marriage

The first quote is from my post called Scared of Initiating Sex? and the second is from Beginner Bondage Questions.  This article at Nerve, which being titled a little backhandedly actually brings out some research that shows that Christians tend to be more sexually satisfied with their partners and that religious women tend to orgasm more consistently than those who are not, particularly Protestants and Catholics.  I’d call that a win.

Lastly, back in February of last year, Alex Henderson posted an article titled “Hipster” Christian: 9 hilarious attempts by the religious right to be cool subtitled “They want so badly to be hip – and yet they fail so spectacularly”.  Now, I didn’t know I was trying to be hip, and no one has called me a hipster prior or since.  This article was clearly just a shot at Christianity.  But, people take shots at things they take notice of, and often are a bit afraid of.

Now, this author raises the supposition that the only reason I and others are writing about sex in such a manner is to expand the reach of Christianity, to make it “cool”.  Of course, he missed the point, but hey, if that makes Christianity more attractive, why not.

All told, these articles have led hundreds to this blog, so I guess “even bad press is good press” or whatever the quote is.

What does this have to do with you?

Now, not all my readers have a blog, I know some do, but certainly not the majority.  Nor am I pressuring you to.  My point is that when you live the Christian lifestyle, people take notice.  I know when I worked in an office everyone know I was “the Christian”.  They would apologize when they swore around me, they would be more respectful and polite to me than others, than even to clients.  But, I never went out of my way to preach, to tell people I was Christian.  I just lived my life, doing my best to follow Biblical principles.  But people start asking questions.  Questions like “What is different about you?”, “Why don’t you drink?”, “Why don’t you eat pork?”, “Why are you vegan?”, and those are my personal convictions that get noticed, but I’m sure you all have your own.

And the same thing happens when people see how I interact with Christina, my wife.  Or even just how I talk about her.  They see the love and respect, they see something is different, and some ask questions. “Are you really that happy?”, “How do you do that?”.  Even in church I get asked these questions, which is sad, because they’ve been hearing the answers for years, some of them for decades.  They’ve read the Bible, they just failed to apply it.

So, what’s my point?  My point is that the world is watching you, and when you start living out a biblical model for marriage, people take notice.  You might not get articles written about you, but someone might say something to someone else.  It might spark a question, or a discussion, an opportunity to teach.

I think that’s why in Titus 2 we’re taught to teach younger adults how to have good marriages…so that God will not be reviled, blasphemed, mocked, or whatever your translation says.  Because, the opportunities abound when we follow biblical teachings.

Is your marriage one that causes people to ask “What’s different about you?” 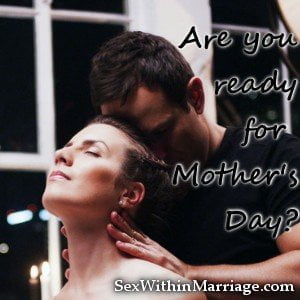 <
Are you ready for mother's day? 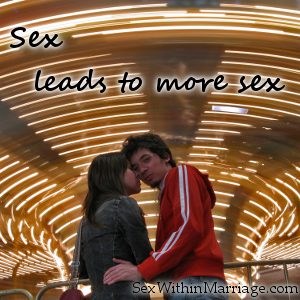 6 thoughts on “The rest of the world is watching”