Today I received this question in my email: Should Christians have sex during Lent? Since it’s lent right now, I thought it would be appropriate to answer in a blog post, as I’m sure some others are wondering the same thing.  Likewise, there are probably

Today I received this question in my email:

Should Christians have sex during Lent?

Since it’s lent right now, I thought it would be appropriate to answer in a blog post, as I’m sure some others are wondering the same thing.  Likewise, there are probably a bunch of Christians who don’t know what lent is or why anyone would give sex up for it.  So, I’ll address it, assuming you’ve never heard of Lent.

Alright, this gets a bit complicated, so hold on.  Let’s start with when Lent is.

Lent is the period between Ash Wednesday and Easter Sunday.  So, to figure out when it is, you have to do some math and know when the spring equinox is.  Easter Sunday occurs on the first Sunday after the first full moon after the spring equinox.  The spring equinox occurs when our planet’s yearly progression places the sun directly over the equator and we have equal amounts of day and night (or near enough).  Odd day to pick for Easter isn’t it?  Well, not if you understand it’s source.  While the majority of Christianity has been taught that this has to do with Jesus’ resurrection day, but unfortunately, that’s a rationalization after the fact.  If that were the case, then Easter Sunday would also be the same number of days after Passover (which is how one would calculate when Jesus died).  Instead, we see that most years Easter comes after Passover  (though it shifts around as to how far afterwards), but on some years, like 2008, it actually precedes Passover.

Rather, Easter Sunday, being the first Sunday after the first full moon, after the spring equinox happens to land on a very powerful pagan holiday: Akitu, the Festival of Ishtar (which is where we get the name).  Ishtar (also known as the “Queen of Heaven”, which is referenced in Jeremiah 7:18) was the goddess of fertility in Assyrian culture (which is why we have eggs and rabbits as “Easter” symbols).  This was the 12-day Festival where the Assyrians worshipped Ishtar and celebrated the pregnancy/birth of her son, Tammuz who was the “incarnated son of God” in Assyrian mythology.  It’s quite a fascinating study actually, this Ishtar was originally a Queen called Shamuramat, who was married to the King, Nimrod (of Genesis 10:8-10).  They were both so mighty that they were eventually considered gods that reincarnated, and thus Ishtar was born.  The connections between a lot of non-Biblical Christian symbolism, feasts and traditions and Assyrian mythology is quite extensive actually.  But, I digress.  My point is, that’s the story of how you find out when the “Christian” Easter is.

So, from there, we count back 40 feast days to get to Ash Wednesday.  Actually, you have to skip Sundays, which are somehow improper to have a feast on, I’m not sure exactly why, and you get 46 days total.

Now, Ash Wednesday is the day that you see some Christians with ash marks on their foreheads.  Traditionally, the ash is made from last year’s palm branches (from Palm Sunday), is draw in the shape of a cross on the forehead and is somehow symbolic of the fact that you were created from dust, and to dust, you will return.  But, women do this too, even though they weren’t created from dust.

Well, that covers when.  Why do people fast during this stretch?

During the height of Christian persecution in Rome, it became a fairly lengthy process to become a Christian.  After all, they wanted to make sure you weren’t going to turn them in, and that you were really sincere.  So, prior to baptism, there was a 40 day fast (again, not including Sundays), which were to mirror the 40 days Jesus spent fasting in the desert, though I don’t think He skipped Sundays.  By tradition, the rest of the Christians would fast with them, once a year, to show solidarity and support.  Thus, the forty-ish days of fasting were born.

Now, if you are a Christian, and you had no idea about any of this, don’t feel bad.  The only denominations I know who follow this tradition are Roman Catholics, Lutherans, Methodists, Anglicans and Presbyterians (if there are other denominations that do, let me know, and I’m sorry for leaving you out of the list).

Should Christians have sex during Lent?

So, we have this period called Lent, which is not mandated by scripture, which is not tied to any real holy day, and which the Bible doesn’t speak on.  My personal stance is that you don’t NEED to follow it at all, and so there are is no “should” or “should not” involved.  I’m not saying you can’t follow it, there is absolutely nothing wrong with picking a time to devote yourself to prayer and fasting.  However, neither can you say that others should during this time.

But, I think we can extrapolate this into a larger question:

Alright, now this one we can actually find a verse to help us with:

Do not deprive one another except with consent for a time, that you may give yourselves to fasting and prayer; and come together again so that Satan does not tempt you because of your lack of self-control.

Every Christian marriage blogger knows this verse.  We use it to show that sex should be frequent, according to the Bible, and that it helps guard us against falling into sexual temptation.  However, I think we often fail to focus on the one time it is permissible to mutually decide not to have sex:  When you have decided to devote yourself to prayer and fasting, for a time, you MAY decide, mutually, to also refrain from sex.  To deprive each other, again, mutually.  This doesn’t mean you can say to your spouse “well, I’m praying and fasting, so no sex”.

So, if you cannot unilaterally decide that you cannot deprive your spouse of sex, but you may unilaterally decide that you, yourself, are going to pray and fast, then by simple logic, it must be that a couple can pray and fast, and still have sex.  So, should Christians have sex while fasting?  It’s up to you, together.  No one gets veto rights.  You have to both agree to not have sex, or else it’s back to business as God intended: frequent and awesome.

But, I want to bring up another point:  I think there is a reason why this is the only acceptable time to decide, together, not to have sex.  I’ve done some fasting in the past.  I once did a 16-day water fast (nothing but water).  The most startling thing I noticed:  I had absolutely no sex drive half way through it.  Seriously, it was gone.  I was shocked.  I’ve never not had a strong sex drive, for as long as I could remember.  In fact, I wrote about it in this post.  I think Paul must have known about this.  Why else say that every other time that you deprive each other, you are leaving them open to temptation, but during prayer AND fasting, it’s okay?  From my perspective, it’s obvious: you’re not as tempted when fasting because your body goes into survival mode.  It’s not interested in sex, it’s more interested in surviving until the next day.

So, in the end, I think you have to decide as a couple. If you are praying AND fasting, have the conversation about what to do with sex.

What do you think about sex during fasting? 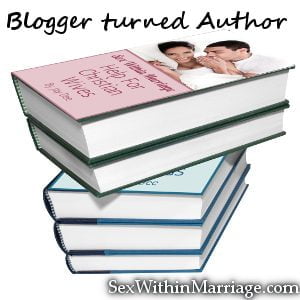 107 thoughts on “Should Christians have sex while fasting?”