Is oral sex wrong before marriage? After all, it’s not technically fornication if it doesn’t include intercourse, right? What’s the harm?

Is oral sex a sin for single people? What do you think? I received this question through our Have A Question page:

Is oral sex before marriage bad?

I’m assuming they are asking if it’s wrong, not whether it feels good.

For me, that answer to whether something is right or wrong has to ultimately come from the Bible, either directly, or indirectly, based on principles I see in the Bible.  As with many questions regarding sex, there is no verse that explicitly states “Thou shalt not have oral sex before marriage!”  But, that doesn’t mean we don’t have an idea of God’s opinion on the subject.

The majority of the time, when the New Testament has the word “sexual immorality”, it is generally translated from the Greek word “porneia” which includes, among other things, fornication.

Fornication – voluntary sexual intercourse between two unmarried persons or two persons not married to each other.

Many people have assumed that if it’s not intercourse (penis in vagina sex), then it’s not fornication, and thus it’s okay so long as theirs mutual consent.  But, the flaw in the logic here is that “porneia” doesn’t just mean fornication.  It covers the entire gamut of sexual sins, including, but not limited to sex outside of marriage.  It’s a blanket term for things outside of God’s plan for our sexuality. So, I argue that oral sex (as well as manual sex, anal sex, phone sex, aural sex, sexting, and any other sexual act) is still included in porneia if it doesn’t involve a husband and wife, and only them. If a sexual relationship involves someone other than your spouse (and if you aren’t married, then that means anyone), then it’s sexual immorality. You should not have a sex life outside of a marriage bed.

There is virtually no difference between these types of sex and intercourse, except for a decreased chance (not no chance) of pregnancy and/or sexually transmitted infections/diseases.  The same hormones are at play when you engage in sexual activity which creates bonds that should only exist within marriage. I’m not talking about soul ties, but rather neuro-chemical bonds.  It is dangerous, in the extreme.  Even if it’s with your future spouse.

So, in my opinion, is oral sex a sin if engaged in before marriage?  Yeah, definitely!  Wait until you’re married.  Married couples can have all the oral sex they want, because oral sex itself isn’t a sin (check out Song of Solomon), but all types of sex belong in the proper container – marriage.

<
Is it wrong for Christians to watch 50 Shades of Grey with their spouse? 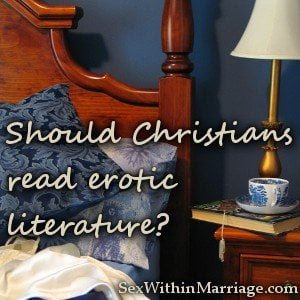 9 thoughts on “Is oral sex a sin before marriage?”