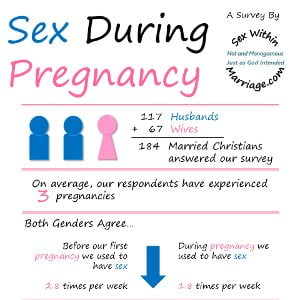 Many husbands mentioned the physical withdrawal symptoms of a lack of sex after the birth of the child, there was also a large number who mentioned how much it hurt to lose the emotional intimacy that goes along with sex.  Quite a few mentioned feeling unloved, alone, abandoned and uncared for.  While I have no doubt that this was never the wives’ intent, it still occurs.  It was nice to see a similar group of wives counseling not to neglect your marriage during this time, particularly in terms of intimacy.  That while sex may be off the table, there are other opportunities to show intimacy, even sexual intimacy.

But there was a smaller group of husbands who said some incredible things:  That it was a great opportunity to grow in selflessness.  That it helped teach them how to love their wife without expectations.  These husbands are my heroes.  I hope I can do as well.

I also wanted to mention that I was surprised at the number of spouses who said their doctor put their wife on bed rest, including, but not limited to, no sex, and no orgasms.  I’m not a doctor, so I can’t speculate on the validity of the physicians prescription…but the numbers seemed much higher than I would have suspected or am comfortable accepting as necessary.  But then, I’m biased, trusting midwives much more than doctors.

A few husbands admitted they felt “weird” having sex with a baby … well … right there … inside…but they got over it, some after they were assured that there was no potential of harm to the baby.

I also realized I should have asked one more question in this survey: how did pregnancy affect your sex drive.  I think I’ll leave that for another survey/post.  I think I’ll write a bit about hormonal and physiological changes in general during pregnancy.

Anything you wanted to say that you didn’t get a chance to share on the survey?  What do you think of the results?  Any surprises?

<
How we grow as godly writers 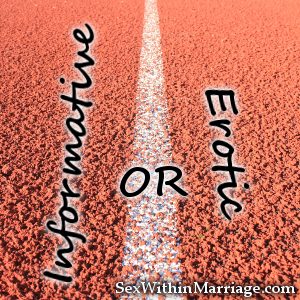 10 thoughts on “Sex During Pregnancy Infographic”