Is your marriage prepared to survive the holidays?

Is your marriage prepared to survive the holidays?

Do you have a plan to survive the holidays?  Between Christmas and New Year’s, there is this perfect storm for couples that many stumble into every year. It only comes up once a year, so often we’re caught unprepared and then blindsided by it.  Then, 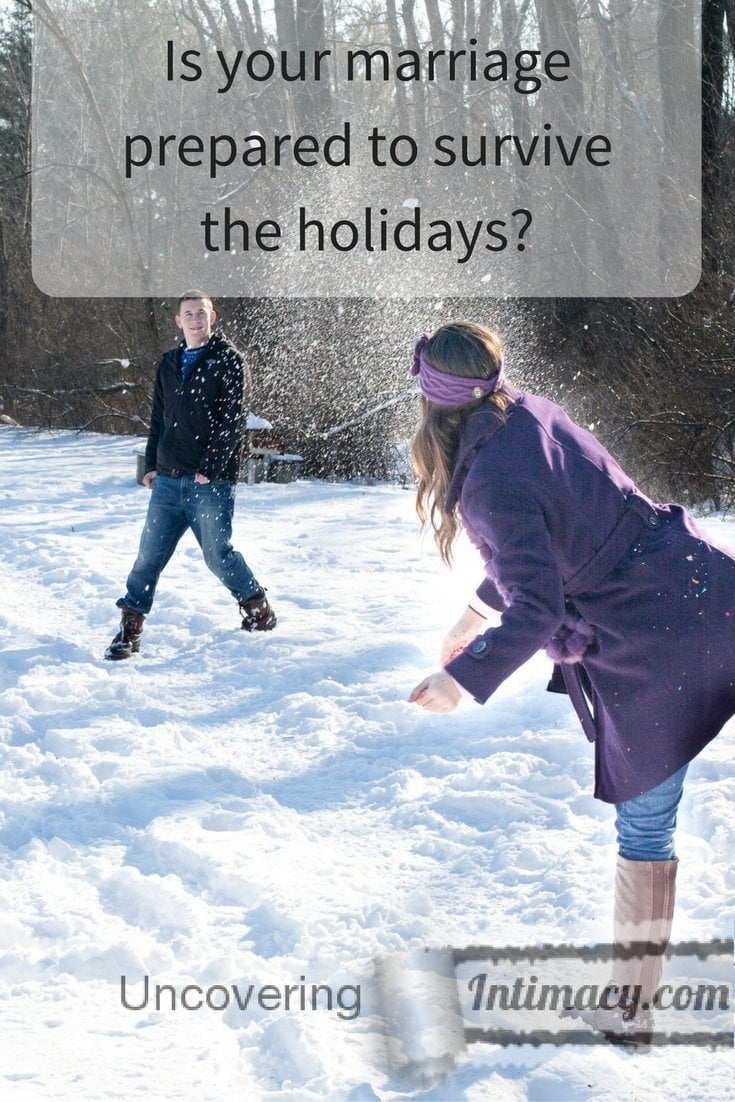 Do you have a plan to survive the holidays?  Between Christmas and New Year’s, there is this perfect storm for couples that many stumble into every year.

It only comes up once a year, so often we’re caught unprepared and then blindsided by it.  Then, afterwards, it gets glossed over because we want to remember the holidays fondly.  So, next year it comes around again and we’re startled by it once more because we’re yet again unprepared.

So, why are the holidays so dangerous?  Here are some reasons.

Humans are generally creatures of habit, while we don’t like drudgery, we often like to have stability in our life.  We like the routine of getting up, knowing what we have to do and going through the paces of productivity.  During the holidays, everything is all mixed up.  Many of us are off from work, or, we’re trying to fit holiday visits around work.  As well, kids are off from school which leads to more chaos as well as having to keep them entertained.

Now, some people like change, they thrive on it, but other’s don’t deal well with such sudden sweeping alterations to their life.  It causes a lot of stress.

As well, we generally don’t eat like we usually do during the holidays.  We tend to eat at weird times due to parties, we eat enormous meals due to family dinners, and we snack in between them all.  That would be bad enough if it was healthy food, but generally, it’s a lot of sugar and empty calories as well.  Even without alcohol, it’s enough to throw you off for a while.  That means your not thinking as clearly as usual and often not responding appropriately to conflicts when they arise.

Even without alcohol, between the odd schedule and the diet changes, it’s enough to throw you off for a while.  That means your not thinking as clearly as usual and often not responding appropriately to conflicts when they arise.

So, you’re not thinking clearly and there’s a huge potential to mishandle conflict.  So, what do we do?  Let’s add more people into the mix.  Because more people = more potential conflict.  Especially if you have old conflicts that haven’t been forgiven or family feuds.  You know, the ones there you’re civil to each other, but it’s stressful just being around them.

At the same time, these are the people you want to impress more than anyone else.  We always want our families to think that “we’ve made it”.  That we’re the perfect parents, that we have an amazing marriage, that our life is all rainbows and roses, 24/7.  After all, those are the only pictures we post on Facebook, right?

No-one posts pictures of the pair of hairdressing scissors that melted because you’re eight-year-old decided to cut through the still-plugged-in hair dryer cord and it shorted through the metal, and he’s lucky to be alive, let alone unharmed.

That was us last week by the way.  Yeah, our life isn’t perfect either.  The “do you understand you could have died” conversation is not a fun one.

Anyways … my point is often people are stressed our, especially if it’s family we haven’t seen for a while, portraying this fictional image of the perfect family.

This is becoming more and more of a problem in our culture, outside of the holidays, but during this time it’s generally more pervasive for everyone.  We all need time to be alone, to regroup, to be “me”.  To engage in our hobbies, interests, downtime, or whatever.  Often during the holidays we don’t get that time.  We have to always be “on”.  Whether you’re entertaining guests, or being entertained by hosts, there is a constant pressure to be engaged.  Sometimes we need time to disengage.  This is especially true if you’re an introvert, but even extroverts often need some time alone, or at least time to relax.

If you don’t get that time, then, well, it’s even more stress. 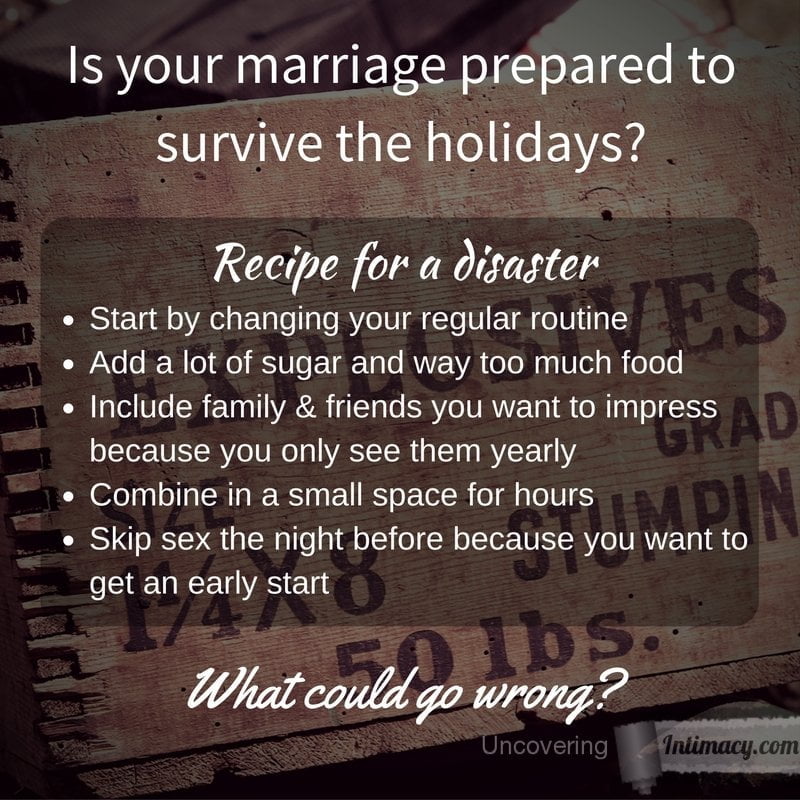 Lastly, intimacy often takes a back seat during the holidays.  You don’t have time to have deep conversations to build emotional intimacy or read a book together for intellectual intimacy.  You don’t want to talk about the credit cards during Christmas because that’s a dangerous topic.  And while you’re probably still showing up to church, typically it’s going to be the standard Christmas mini-sermon that they preach so they don’t upset the C&E Christians (Christmas & Easter).  Chances are your personal devotions have taken a backseat at this time too.

And physical intimacy can be difficult.  For 90% of the population, stress is a huge arousal brake and makes it difficult to be interested in sex, and hard to engage if you’re having sex.  Of course, the other 10% of people, for whom stress actually increases arousal, are married to the first 90%, so that just adds additional conflict.  One feels sexual desire building while the other is feeling less interest, especially since there’s likely been a decline in other intimacy types as mentioned above.

The only thing left really is experiential intimacy, the intimacy of “doing life” together, which doesn’t always help if you don’t enjoy yourself.

And all of those are assuming things go well.  If something happens that doesn’t, it’s the perfect opportunity for a major conflict that is not going to be resolved easily because all the conditions are set up for it to be a disaster.

So, how do you combat this?  How can you manage a holiday season where you can actually grow closer together?

Simply understanding the situation and having you both recognize that this is a difficult season for growing in intimacy helps.  When conflict arises, then you can hopefully remember that there are circumstances that are going to make it seem like it’s bigger than it is and that you are likely going to handle it worse than you normally would.

Sometimes just knowing that can help ease tensions a bit.

Do you know what your holiday plans are?  Are you prepared?  Avoid last-minute runs to the store, if possible.  Make sure you have your ingredients, your fixings, all the presents, batteries, CD cards, camera somewhere you can find it, and everything ready to go.

Do you both know where you’re going when?  Are there going to be any surprises to either of you?  During the busy days, it might be good to touch base in the morning and go through when you need to be where, and just as importantly, when you’re going to leave where.

Sometimes in trying to make a perfect Christmas, we end up ruining it for everyone, or at least ourselves.  It doesn’t need to be perfect in order to be good.  Letting go a bit and letting it just “be” can end up making it perfect, because you’re expectations have relaxed.  At the end of the day, it doesn’t have to go according to plan, so long as you’re willing to be flexible.  The happiest couples are those who learn to adapt to changes rather than get upset by them.

4. Schedule time to be alone

If you, or your spouse, is an introvert, they will likely need a break at some point.  Make sure you have space for that to happen.

As well, make sure you schedule times for you two to be alone together.  Be proactive about this, don’t assume that you’ll just find time.  Make the time, discuss the plans.  When are the nights you’ll have sex, and what nights are sex likely to be impossible?  But, also recognize that those plans might change.

With five kids in the house, and one still waking during the night to feed, on normal days, even if we plan to have sex, there’s no guarantee it’s going to happen, during the holidays with travelling and kids eating too much sugar that’s doubly true.  So, do your best to stick to your commitments, but don’t throw a fit if it doesn’t work out.  See if there’s time to make a new plan, or, so long as you haven’t spaced them too far apart, just wait until the next scheduled opportunity.

Do try to make it a commitment to have sex through the holidays, though.  Sex will help reduce stress, increase oxytocin and help you feel connected through a stressful season.  It’s more important than you might think.  That way you can enjoy the holidays and actually get some of that experiential intimacy that’s so important to keep two people living life together instead of just being roommates.

<
A plan is not a plan unless it is confirmed 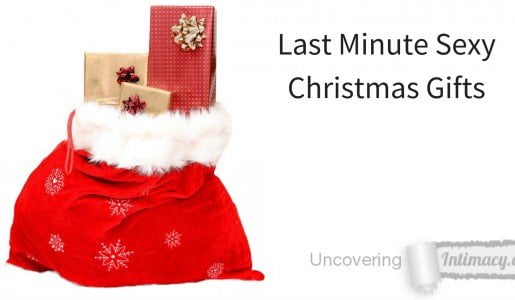 3 thoughts on “Is your marriage prepared to survive the holidays?”