I don’t think my spouse is attracted to me

I don’t think my spouse is attracted to me 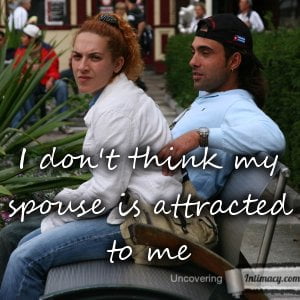 I received this question through our Have A Question page yesterday:

She’s a great, Christian wife but sometimes I feel that’s the only thing that makes her have sex with me. Not because she wants me but because it’s her wifely duty. She tells me she desires me sexually but only after I’ve brought up the topic and in that (child unconvincingly lying to you) way. We have 2 kids so my poopoo radar is fine tuned. Is it me who is just being paranoid? Is there something I can do to get excited when she looks at me? Thanks.

I think this is a common fear from both spouses. I’ve written about this in the past, but I had some new ideas I wanted to share.

Most husbands and wives are attracted to their spouse

According to my survey data, 93% of wives and 96% of husbands find their spouse physically attractive. That’s a pretty high number. This lends credence to the reader’s wife’s assurances that she’s still attracted to him.

I get it, I’ve had the same concerns in my marriage. During our darker years, my wife once told me she wasn’t attracted to me. I’ve never been accused of being good looking so that insecurity took hold pretty firmly. It took years to get over, and it still threatens to rise up again on occasion. So, I get that it hurts to feel that way and that it’s hard to shake the suspicion.

Studies show that our perception of our spouse is affected by the health of the relationship. If you have a healthy relationship, your opinion of your spouse’s looks will increase. Your definition of beauty will also shift towards your spouse’s appearance.

So, if you have a solid marriage, then chances are your spouse is attracted to you, regardless of how you look.

Physical attraction is not as important as we think

Physical attraction is helpful for bringing two people together. It helps create that interest in the beginning. Once the marriage matures most spouses find that physical looks are not as important. This is especially true of wives.  They’re far more likely to be sexually drawn to you because they like who you are, rather than just your body.

Worry less about being physically attractive.  Focus more on being attractive as a whole person. That’s not to say you shouldn’t take care of your body.

If you usually initiate sex, you may not get to a point where your spouse’s sexual needs are felt.  This is also true if you have sex frequently.

I once did a 16-day fast (water only). I didn’t really feel that until day 16. That’s how you know to start eating again. When you feel hungry, you’re hitting starvation mode rather than fasting. You want food earlier, but you’re not really feeling a need, just a desire. Even that passes for a while.

My point is your spouse may never get to feeling a desire for sex. You always have sex before they can. It’s like never feeling hungry because you’ve been snacking all day.

If you want to figure out when they feel a need, that means you need to take a break from sex. This isn’t something I generally advise, but it has its benefits in rare circumstances. Discuss it together and decide not to have sex until she feels a need. It will be difficult, but if you really want to know, that’s the way.

Having sex “for you” is not that bad

“Duty sex” can get a bad reputation. I agree that if someone is having sex solely because they feel they should, then that’s not a good thing. However, there is nothing wrong with having sex because you know your spouse will enjoy it. I suspect many people do that.

It’s like doing the dishes. I hate doing dishes, but I do them often. Why? Because I know my wife appreciates it. It makes her feel loved. So, I do the dishes often.

Don’t underestimate the gift of having sex as a show of love rather than out of an internal desire. Arguably, having sex because your spouse wants it is less selfish.  It builds the relationship more as a result.

We all want to feel like we’re the most attractive person in the world to our spouse. Like they are just barely managing to keep their hands off of us during the day. We want to believe that they’re just a suggestion away from ripping our clothes off because they can’t take it anymore.

But, that’s not reality. The truth is, your not that irresistible. You’re not supposed to be. God created mechanisms to stop us from having sex all the time. Unfortunately, for many of us, we overload those mechanisms. Especially with a busy life and kids in the mix.

Understand that not wanting sex at times it good and healthy. The problem is we usually have too many things in our life that hit those triggers. Expecting your attractiveness to be able to cut through all that is prideful.

It might also be damaging your relationship. Sulking or pestering your wife about whether or not she’s attracted to you will make her less attracted.  Giving off an aura of not being confident, is likely to contribute to her not wanting to have sex.

You’re shooting yourself in the foot.

What can you do to get them excited when they look at you?  Work on:

Most of all: Stop asking her if she’s attracted to you. A lack of confidence is not sexy. 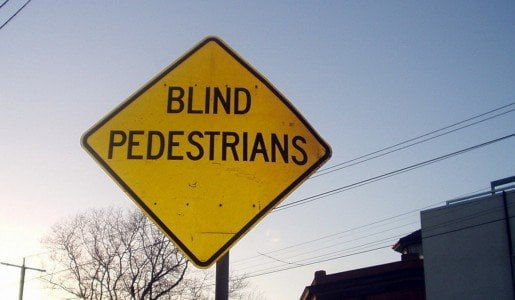 <
Are some men just not as visual as others? 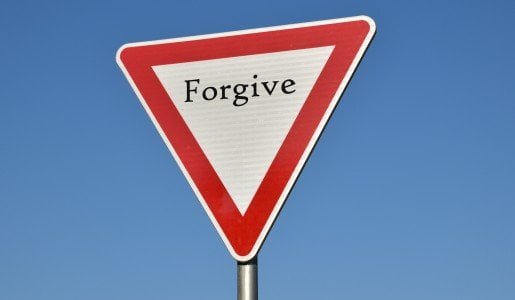 6 things that stop people from forgiving
>