Sex can be silly

Sex can be silly

I was talking with someone the other day who was struggling with the idea that sex can be fun and silly and a laughable situation.  I may be mistaken, but it seemed she never realized that it’s okay to laugh about and during sex.  So, 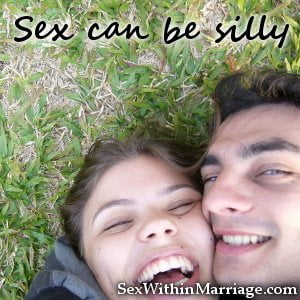 I was talking with someone the other day who was struggling with the idea that sex can be fun and silly and a laughable situation.  I may be mistaken, but it seemed she never realized that it’s okay to laugh about and during sex.  So, I thought I’d write a quick post looking at this, in case someone else has the same views and needs a wake-up call.

If you step back and think about it, sex is a pretty laughable thing.  I mean, we sort of look silly doing it.  The sounds can be kind of funny.  Oh, and our facial expressions during orgasm…well, comedians have been making jokes about that ever since they were allowed to talk about sex on TV.

So, why is it that some people think sex needs to be a serious, activity?

I think it’s partially because of media.  In TV shows, movies and books, sex is usually portrayed as this magical passionate, but really quite serious expression of love (or at least lust).  The characters are so passionate, so focused on the act of sex, and it’s so choreographed, with the perfect lighting, the perfect location, the perfect sound track, that it becomes (and is in media) a serious performance more than anything else.

But in real life, sex isn’t like that.  You need to be able to laugh during sex.  How many of you have experienced any of these during sex:

All these things happen to couples all the time, and if you can’t laugh about it and continue on, well you’re going to have a lot of interrupted sex, and that’s not good for any one.

But sex is also kind of awkward and weird in general.  Especially when you’re trying something new.  For example, those who have ever tried bondage know that the first time you almost have to laugh.  Let’s face it, you have no idea what you’re doing.  Unless you were a boy scout, you don’t know the first thing about knots, and even if you did, they probably didn’t cover what the best knot to tie a write to a headboard is.

And then, once you get them all tied up, how many have just had the uncontrollable urge just to tickle them, because they can’t do anything about it?

Or the first time you try dirty talk in the bedroom.  How many of you kept a straight face?  It’s hard, because you feel silly and awkward and embarrassed trying something new.

Or you decided to try a bit of a slap on the ass during sex, and your spouse turns around and just looks at you with this incredulous “did you just spank me?!” look on their face.

Or your hands are covered in massage oil, and now you can’t get a grip on anything, including the door knob to go wash it off.

I’ve heard so many stories like this from couples, and unfortunately too many take them seriously.  They get upset, or they’re overly embarrassed, or they’re fantasy of how something is going to go is shattered because the mood isn’t perfect, or just that their “sex is the ultimate expression of two souls merging and becoming one” is ruined when they failed to be the picture of unity and she accidentally head butted the bridge of his nose trying to go in for a kiss and he ends up with a nose bleed, so the choice is give up, or have sex with Kleenex in your nostrils, which he doesn’t see anything wrong with, but she’s the one who has to look at him…

Instead of laughing at the situation, adjusting if need be, and moving on, they just shut down, walk out, or roll over and go to sleep.

But it’s okay to laugh, it’s okay to be silly.  It’s okay to wrestle and tickle and joke and laugh about sex with your spouse, because sometimes sex is awkward and embarrassing and silly, and laughing is the only way to deal with it, to heal and move on.  Just make sure your spouse knows you aren’t making fun of them…because that’s no laughing matter.

So, go, enjoy sex, make it fun.  Laugh when you try new things and they don’t work out, then just switch gears to something that does and maybe try it again another day.  After all, if you can’t laugh with your spouse while your both naked and covered in sweat, lube, whipped cream and who knows what else, one on a broken bed with the other on the floor where they landed when it broke, who can you laugh with?

<
Is it okay for a Christian couple to 'expand' their sexual circle? 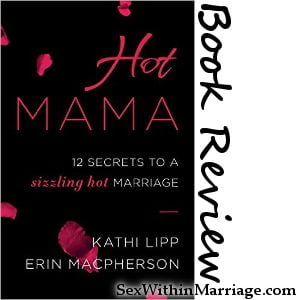