Do you have time to explore?

Do you have time to explore? 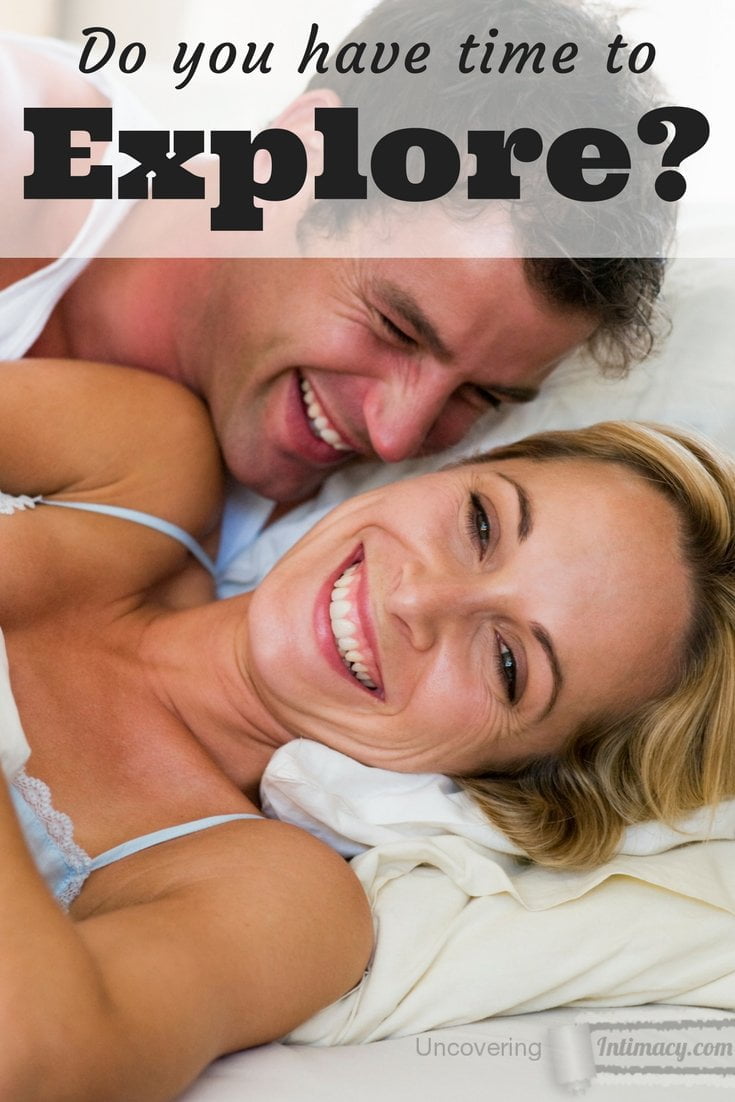 We’re having a rough time lately with regard to bed times.

As a result, we’re having less sex than usual, because while it’s a need, so is sleep, and they must be balanced.  It’s not like we’re starving for sex, we’re okay, but it does mean we’re not getting a lot of time to explore.  This got me thinking about when we weren’t having much sex previously in our marriage, and about couples who routinely have much less sex.  I think you need time to explore, to play, to have fun, and when you don’t have that time, then you’re missing out on something.

In order to be able to explore each other, to try new things, you need to have the time to do it.  Unfortunately, when sex isn’t happening often, when there isn’t time, or it’s not made a priority, then you tend to slip into what you know will work and will work fast.

Too often lately in our house, sex has started with the question “what will get you there fastest”?  While it’s asked out of a place “I want to be available” balanced with “but I also need to sleep”, it ultimately means “This is more about efficiency than fun.”  And while it’s still connecting and loving and all that, it’s missing something that I think is necessary, at least regularly, to a healthy sexual relationship with your spouse.

The second thing is that when you’re not having sex very often, then you are less willing to risk guaranteed mediocre sex, maybe even good sex, for the potential of great sex.  Let’s face it, sex is not always amazing.  Sometimes it’s just good.  I think for many it’s not even that much of the time.  The problem is that becoming great at sex together takes practice, and it takes being adventurous.  No, I don’t mean you need to get out the ropes and start pulling hair or talking dirty.  Though you can if you want.  Adventure is really about risking something good for something great.  It’s being willing to risk a good sexual encounter for the possibility of an earth-shattering one.

But there’s also the possibility of failure.  Sometimes you go adventuring, and you fall in a hole.  Sometimes a shot at amazing sex ends up in “let’s just go to sleep tonight and try again another time”.  Now, if the next sexual encounter is tomorrow or the next day, well, that’s not so bad.  You’re far more willing to risk this encounter for something great.  If the next sexual encounter is next week or next month … well, no, I’m probably far less likely to risk good or mediocre sex for a chance at no sex.

Of course, there’s a trap inherent in this.  How many spouses with less interest in sex don’t want to have sex more often because it’s just not that good for them?  For a sex interested spouse, even mediocre sex is still pretty good.  But if you aren’t that interested in sex to begin with then mediocre sex is just a waste of time.  I mean, you didn’t really want it before, and then it wasn’t that good.  And so, they’re less likely to want it again.  So, it’s a while before they have sex again, and, as predicted, it’s mediocre again. 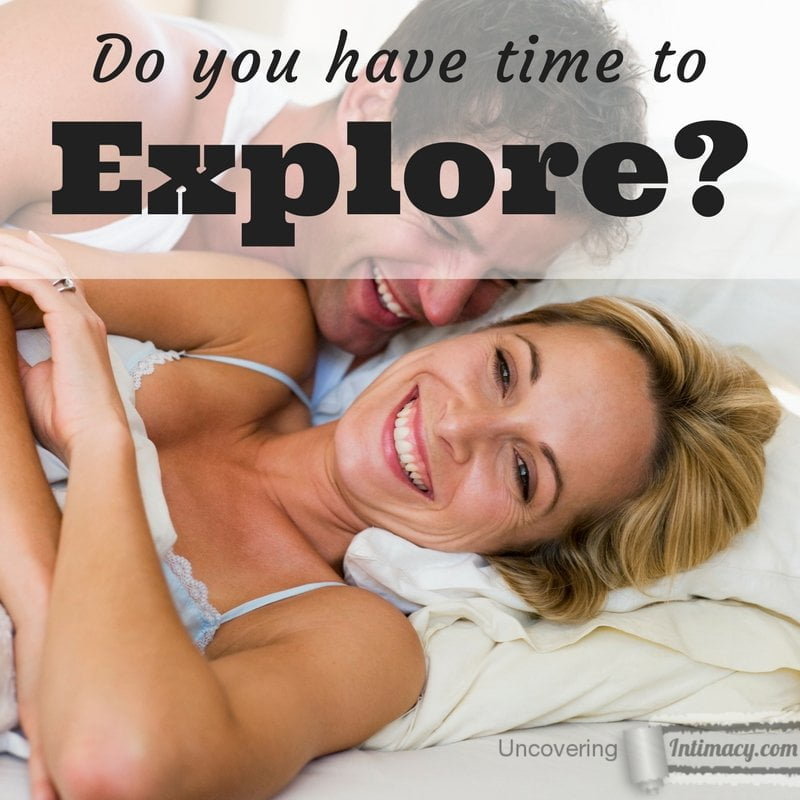 It takes time to get good at sex.  Firstly, it takes blocks of time to be able to have foreplay and get aroused, then to try something new.  You need space to get used to it and then actually have time to enjoy it in a single session.

It also takes a continuous investment of time to be willing to try things twice (or more), to work out the bugs, to try different variations, or try them at various times of the month or day, when hormone levels are different.

Last month we did a lot of toy reviews, and you know what, sometimes we don’t like them the first time.  Like the Eva.  It was a bit weird and new and while we followed the instructions, it just didn’t work out the first time.  So, we waited a few days and tried it again.  No pressure, just “hey, let’s give it another shot”.  Turns out, it worked really well … upside down.  The same thing happened with the magic wand.  It was awful the first time.  Now it’s one of our favourites.  And sometimes we find a toy that we really wanted to love … and it just didn’t work out.  I’m not saying you’ll love everything eventually, but give it a chance.

Now, for those spouses who are more interested in sex, of course, I’m preaching to the choir, so this post is more for the lower drive spouses.  If you want better sex, you’re going to need to invest in it.  And it’s worth investing in because then you’ll more enjoy something that not only your spouse likely enjoys, a lot, but it also connects you.

<
Are you the gatekeeper of sex?

Do you feel like a sexual being, or a sexual object?
>

4 thoughts on “Do you have time to explore?”