I’ll admit, the Eva is the strangest sex toy we own.  I mean, it doesn’t look like any other toy I have.  Almost every other one, it’s fairly obvious what you do with it. This one needs some explaining, but when you get it, you 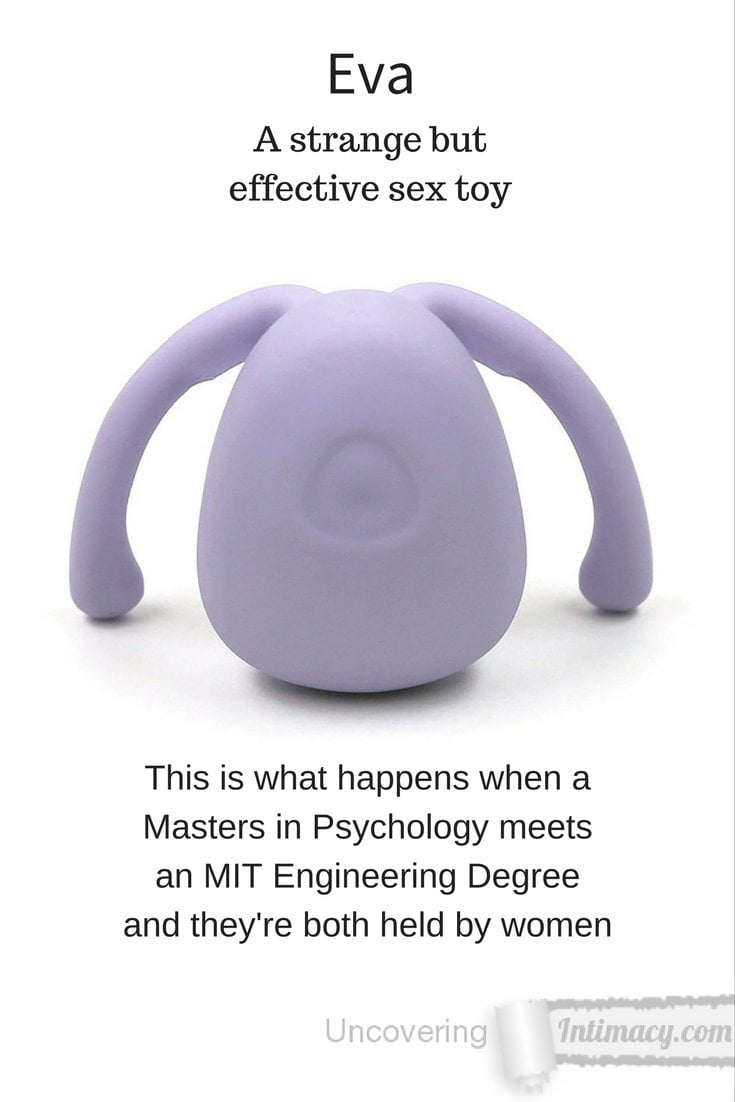 I’ll admit, the Eva is the strangest sex toy we own.  I mean, it doesn’t look like any other toy I have.  Almost every other one, it’s fairly obvious what you do with it. This one needs some explaining, but when you get it, you go “of course!”

This toy was recommended to me by someone in our Uncovering Intimacy Champions group.  So, I emailed the creators and asked if they’d be interested in sending me one to try out.  Lucky me, they were.  In fact, they were interested in getting my feedback on it, so here I go.

Now, I sort of knew what to expect when unboxing the Eva (video below), because I’d done a bit of research before contacting them.  But, still, when it came, it seemed … odd.  Like strange.  Like, you want me to put that where?  Even though it’s not for me, directly.

So, when I opened up the Eva and saw it only had one button that basically switched between 4 modes: off, low, medium, high, I thought “This is what a master’s degree and an MIT engineer come up with?”

But, it was given to me for an honest review, and so we were going to our best to try it out.  Plus, my wife was still pretty curious about the shape.  Admittedly, I was too.  Those arms are weird.  It looks almost alien, or bug-like.  If you haven’t guessed it yet, they’re for holding it in place.

2. Trying out the Eva

So, we tried it out, did the usually passing it back and forth, turning it over, talking about how it should work, read the instructions (yeah, we actually do that), and then say “well, let’s give it a shot”.

And … umm, yeah, it wasn’t great.  That’s the problem sometimes with sex, especially when you’re trying something new on your wife.  Things don’t always work the same one day to the next.  It could be hormones, it could be context, it could be a bunch of things.

It could also be that you have the toy upside down.  Actually, this toy can be oriented a couple of different ways.  As I said, the “arms” of it sit against the labia to hold it in place, but you can choose the majora or minora lips.  If you don’t know the difference … well, I guess I should start writing posts on anatomy.  The majora are typically the larger set and are the set furthest from the vaginal opening. The minora tend to be smaller (but aren’t always), and closer to the opening.  You can also place it with the arms pointed down or pointed up.

So, the first time we tried with them pointed down, because that seemed to be the “standard” suggestion.  Like I said, it was unspectacular.  As well, Christina said, “The first time you feel like it’s not going to stay put, and it takes a bit to trust that it will.”

3. Success with the Eva 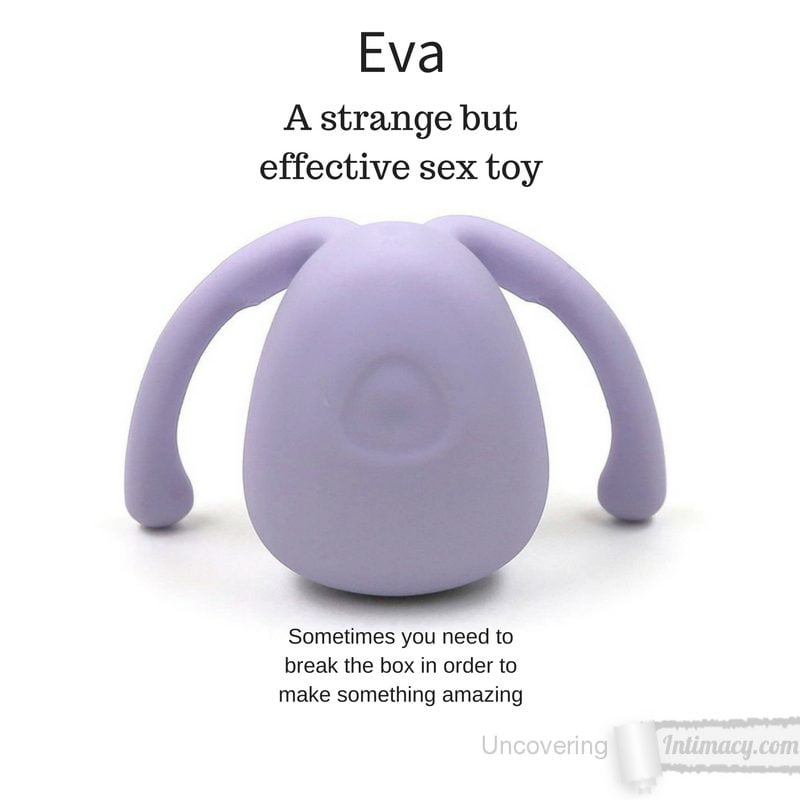 The next time, we tried it the other way (arms going up), and wow, what a difference.  Don’t ask me why.  Must have just been sitting in the right position.  My wife actually managed to have an orgasm during sex, and that’s pretty rare these days.  In fact, it happened the next time we had sex with the Eva as well.  That’s extremely rare!  Often the first attempt (or the first one that works) has a bit of a boost because it’s something new.  Twice in a row?  Well, that’s a keeper.

Christina said, “It was really nice to be able to orgasm during sex again.”

So, while this toy isn’t super powerful or super variable, it seems to hit just the right spot, when sitting the right way for your body.  I should also mention that we were using the Liberator Wedge at the same time, which might have helped with the positioning.

As well, it doesn’t get in the way.  My wife can feel the vibrations because it’s sitting straight on the “button”, but from the husband’s perspective, I don’t even notice there’s a toy there … except that my wife is making all these fantastic happy noises.

It’s funny looking and a little odd, and it can take a few tries to get it situated “right”, but once you do, this little engineering marvel is a precision tool.  If you’re looking for something like that, I highly recommend the Eva.  You can check it out from DameProducts.com. 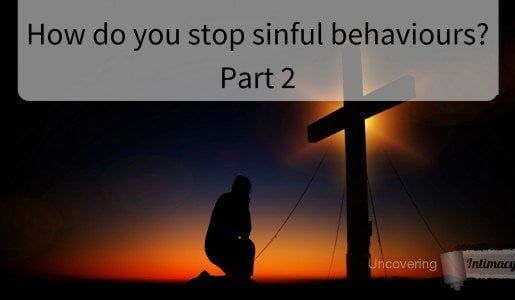 <
How do you stop sinful behaviours? - Part 2 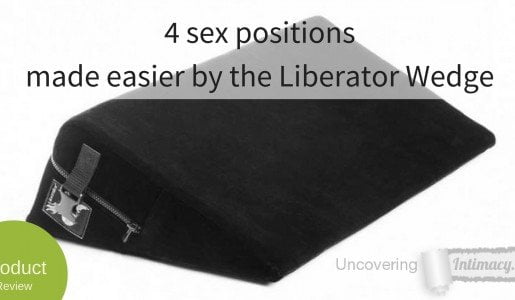 4 sex positions made easier by the Liberator Wedge
>

3 thoughts on “Eva – A strange but effective sex toy”