Do you believe you are lovable?

Do you believe you are lovable?

I think many of us struggle with the belief that we are lovable. We generally think that, as we are, we’re really not worthy of love.  I think this feeling of a sense of worth is often compounded in Christians due an imbalance of teachings. 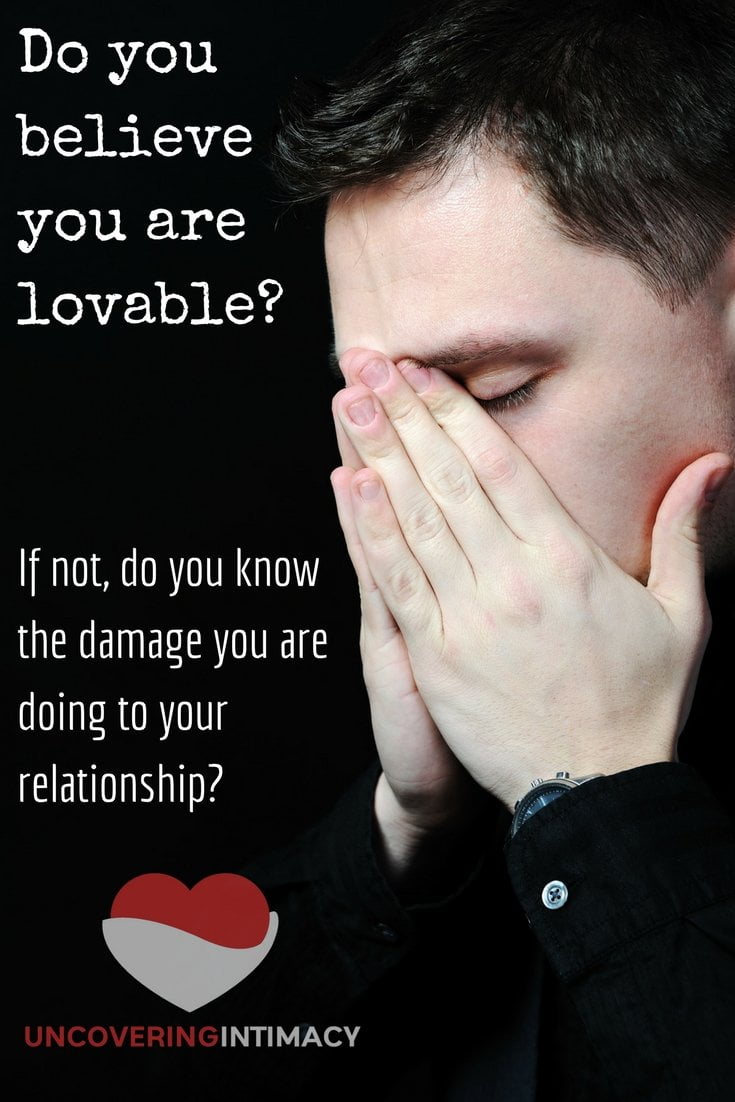 I think many of us struggle with the belief that we are lovable.

We generally think that, as we are, we’re really not worthy of love.  I think this feeling of a sense of worth is often compounded in Christians due an imbalance of teachings.  When you teach too much about sinful nature, judgement and law, and not enough about grace, mercy and forgiveness, you end up with someone feeling they don’t measure up (just as the other way you create a Christian that is too permissive and liberal).

1. It can create a power imbalance

When one spouse believes they’re unlovable, it creates an imbalance in the relationship.  They believe that they must make up for a deficiency of character in some way, and one of these ways is to hand over power in the relationship. However, relationships should not be about a power exchange out of fear, but rather out of love. Those are two very different things.  This is not a discussion of biblical headship in marriage (that’s a different topic), but rather about the submission to one another out of love spoken of in Ephesians 5:21 that happens in all Christian relationships.

If you instead give up power out of fear, then you are not submitting in a biblical sense.  You are instead allowing yourself to be subjugated.  In an effort to soothe your fear of losing out on love, you give up power.  This isn’t loving, this is fear-induced, and self-inflicted, slavery.

Biblical submission, on the other hand, comes from a desire to serve.  Of recognizing your worth and making a decision to place someone else’s worth higher than your own, knowing that you are actually equal.  That’s a very different thing.  While Biblical submission is based on love and from a place of power, subjugation comes from a fear of what will happen if you don’t and the belief that you don’t have any power.  That you aren’t on an equal footing.

The first builds and strengthens that love.  The second undermines it and compounds fear with loathing.

2. Your relationship can become manipulative and insincere

A spouse who always feels that they have to make up for a deficiency of character will do things in order to manipulate you into loving them.  They might appear to be loving and thoughtful, but their “acts of love” are not really about love.  Instead, they are designed to trick you into loving them.

As a result, your relationship loses its genuineness.  Because the vulnerability (fear) is being hidden, masked under the guise of being loving, the chance for intimacy to grow is stunted.  That manipulation comes through subconsciously and it can feel, to your spouse, as if you are hiding something. And you are.  You’re trying to hide your fear.

In the end, these seemingly “nice Christians” are really not nice at all.  They spend each and every day lying in order that they can not address their fear of being abandoned.  The relationships they build are less about love and more about building themselves up.

While some spouses try to use kindness to keep their husband or wife in love with them.  Others prefer to go on the offensive.  They believe that if they can create enough imbalance, then their spouse won’t have time to realize they don’t love them, or that they will be forced to spend all their time repairing the apparent damage in the relationship, trying to regain an intimacy that was never really there and has no potential so long as the underlying fear is still there.

These spouses fill life with drama and fights and just enough moments of joy to string their spouse along, never letting them have enough peace to think.  They leverage the dark side of the attachment model of psychology, giving mostly negative attention so that you are constantly left feeling that it’s your job to close the gap, not realizing that they are creating the gap so that you can’t get close enough to see who they really are.

These spouses act more like enemies than lovers, though they’ll often claim to be the injured party in the marriage.  This is termed gas-lighting, when they are the spouse who needs help and healing, but instead try to make you believe that you are the one who is wrong and sick.

The truth is, they’re afraid that if you see them for who they are, you’d never be interested in a real relationship.

So, are you lovable?

Indeed, there is not a righteous man on earth who continually does good and who never sins. – Ecclesiastes 7:20

Let’s face it, we’re all wretched, flawed, sinful humans.  The Bible says we can do nothing good and that even when we try, it just comes out as garbage.

All of us have become like one who is unclean, and all our righteous acts are like filthy rags; we all shrivel up like a leaf, and like the wind our sins sweep us away. – Isaiah 64:6

So, how can we be lovable?  How could anyone love us?  Well, let’s start with God, since He’s our creator.  We’re made in His image, so let’s look at a perfect example.

But God demonstrates his own love for us in this: While we were still sinners, Christ died for us. – Romans 5:8

Well, God loves us, regardless.  Why?  Simply because we are His creation.  In the same way that parents love their children, regardless of what they do. We are born of the mind of the God of the universe, and that intrinsically makes you worthy of love.  At least, God seems to think so, and I do my best to believe Him rather than argue with God because when I argue, I never win.

Do you not know that your bodies are temples of the Holy Spirit, who is in you, whom you have received from God? You are not your own; you were bought at a price. Therefore honor God with your bodies. – 1 Corinthians 6:19 -20

For those of us who are Christian, we also know that we are the temples of God. He lives in us.  For those who have gone through our Becoming more sexually engaged course, you know just how much God cares about His temples because we spend a whole section talking about it in the body image unit of the course.

Furthermore, we have the mind of Christ and God’s Spirit working in our lives to transform us as we work through the process of sanctification.  Any Christian honestly working through their faith becomes a better spouse.  That perhaps doesn’t make you more lovable, but it makes it easier to love you 🙂

We all have intrinsic worth and value, despite our sins.  Even with them, we’re all on the same playing field.  We all have the same sinful nature.  We all have parents, friends and cultures who have damaged us.  Yes, some need some work before we’re ready for a real relationship, but we’re all lovable.

And frankly, even if we weren’t, love is a choice, not a random occurrence of chemicals like our society would have us believe.  We choose to love what and who we love.  Yes, those chemicals can make it easier some times, and they might provide the initiate hook to get us interested, but in the end, we each have to choose every day to continue to love.  When we stop trying, that’s when we “fall out of love”.  It’s because we gave up.

So, are you lovable?  Yes, unequivocally (without doubt).  If you’re struggling with this concept, then please, get some help.  For some, it might be that you feel you aren’t forgiven for your past since and that disqualifies your for God’s love, let alone anyone else’s.  I’d urge you to check out Seeking Forgiveness, a devotional I wrote for one of my coaching clients who was struggling with this concept.  Everyone who goes through it sends me emails about how life-changing it has been for them.  Many go through the 13-day devotional multiple times as it’s that difficult for them to accept that God loves them and forgives them.  If that’s you, please, check it out.

As well, I’m always available for questions at jay@uncoveringintimacy.com, or we can discuss coaching if you would like more targeted and sustained help.

P.S. For the singles who are reading (yes, I know you’re there) who might be wondering “if I’m lovable, why haven’t I found anyone yet?”  I don’t believe in soulmates, but I do believe God has plans for us.  I can’t promise your plan is to be married, but, if it is, God will find a way to bring someone to you, provided you’re allowing Him to work in your life.  If you sit at home waiting for them to be delivered like a parcel, well, that’s unlikely to happen (I don’t doubt God has managed such things, but I think it’s rare).  My point is, just because you haven’t found a partner yet, doesn’t mean you’re unlovable.  It just means you haven’t met someone who is right for you, and who you are right for.

‘For I know the plans and thoughts that I have for you,’ says the Lord , ‘plans for peace and well-being and not for disaster to give you a future and a hope.’ – Jeremiah 29:11

<
If initiating sex is uncomfortable, start with initiating precursors 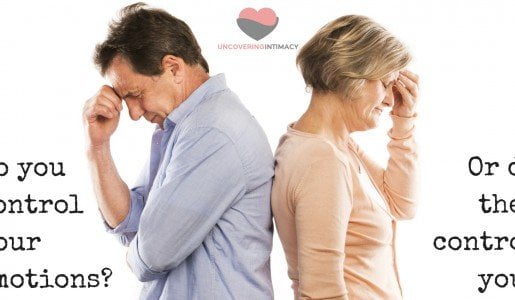 9 thoughts on “Do you believe you are lovable?”