Do You Believe Couples Go Through Sexual Seasons In Their Relationship?

Do You Believe Couples Go Through Sexual Seasons In Their Relationship?

Will sex always be the same in marriage, or does it go up and down, like a roller coaster, or the tide? How can we handle these changes, what do they mean?

This is the seventh post in the 1/2 Marathon being orchestrated by the Christian Marriage Bloggers Association.  I have a bunch of questions left from the A Males Perspective teleconference I spoke at last week.  As such, I’ll be using this marathon to answer some of the questions I received.  Please note, these are my perspective.  I cannot vouch for all males and when I’m giving my perspective on women, I certainly cannot vouch for all women.  Also, all references to gender traits are based on the average population, there are exceptions of course.  Please do not be offended by these if you are not “neurotypical” for your gender.  So, on to the question:

Do you believe that couples go through sexual seasons in their relationships?

Long answer: We’ve been through a few already in our short (11 year) marriage.

When my wife and I got married, we didn’t have a lot of (if any) advice/discussion/help on how marriage would be.  We went to pre-marriage counselling, but honestly, that didn’t do much.  Don’t get me wrong, I think pre-marriage counselling is a great thing, but I’m not sure ours was effective.  Perhaps we were too young and immature to make use of it, I’m not sure.  On top of that, we are both the eldest of our siblings and the first to get married on both sides.  Both sets of parents basically had the “just don’t have sex before marriage” talks with us growing up and not much else, and so, we were two 20-year-old’s trying to figure this out on our own.  This is a bad situation to be in.  So, when my wife started taking birth control pills right before we got married, we had no idea what the side effects could be, how much it would change her libido, her attitude, her mood swings.

Our honeymoon was a disaster for different reasons.  I had the flu, started getting a fever during the ceremony. It rained all week when we had expected to make use of the trails available.  Our vehicle broke down on the way an hour from any town.  That was the first 24 hours of being married.  For years I thought this was the reason for our initial trouble.  I thought the anti-climactic start of our marriage was what placed us on the wrong foot for the next few years.  It probably has some effect, but likely not as much as I thought.

On my end, I wasn’t much better.  I have never been an empathetic person and my wife is the opposite.  I try, but often what I think I’m doing has the opposite effect. After sex, I would immediately kiss her goodnight and go to the computer to play games.  I thought I was letting her sleep.  In fact, I was abandoning her when she needed to feel close.  I also had a porn addiction that I’d been fighting since a teenager that was hindering my ability to open up to my wife.  It’s hard to be transparent when you are always hiding something.  In addition to this, there were times I was so frustrated with our sex life that when I knew she was in the mood I wouldn’t initiate sex because I wanted her to come to me and initiate.  I think I believed it would be some sort of apology, or perhaps retribution, for her to need to come to me for sexual satisfaction for once.  This was just stupid as it dropped our frequency even lower.  When your starving, you don’t reject the food just because it’s on the wrong colour plate.  There were also times I ignored the signal because I had already had an orgasm once that day watching porn and didn’t think I could perform again.

About 5 years into the marriage, we decided to start having children.  We always knew we wanted them, we started discussing having children the first month we started dating, and now we were somewhat established, had a house, and so it was time to start filling it.  My wife went off of birth control pills, but after 5 years of those hormones re-wiring her brain, it’s not as simple as just taking them away.  Those patterns were fairly ingrained, and so were my responses to them.

Side Note: It is amazing how a wife, trying to conceive, can turn her libido around on a dime for a short period. Again, not her fault, I blame hormones.

So, combine a husband who can be a bit of a jerk, and a wife who cannot control her emotions, mood swings, and whose libido had crashed (through no fault of her own, bad medication), with a failed honeymoon, and our marriage started off in a nuclear winter with some short visits at hot springs for the conception of the first 2 children. During this season of winter, we could be described as having a “sexless marriage” (10 or fewer times a year) for the large majority of the 8 years.  But, as far as the rest of the world was concerned, there was no issue.  I mean, we had kids, we must be doing OK in the bedroom, right?

Somehow we finally decided enough was enough and that we had to focus on our marriage.  We started focusing on communication to start because that seemed to be the root of a lot of issues. We started sharing the stuff we had read and found online and in books that might help.  I came across The Marriage Bed and started realizing our situation wasn’t quite unique and started sharing some posts with my wife.

Then my wife read a few posts at The Marriage Bed dealing with sexual refusal.  She asked me one day “Do you think I’m a Refuser? (a term given by the community to someone who refuses sex as a habit).  I felt like a deer caught in the headlights.  I mean, this was a big question.  The right answer could heal this bridge in our marriage, the wrong answer could widen it.  So I chickened out and said, “what do you think?”  This started a long discussion about our marriage and our responsibilities in it, what we wanted out of it, and what we weren’t getting.  And by long, I mean it took us years to go through it all.  This wasn’t a couple of hours one night, this has continued through the rest of our marriage.  I learned that I was being insensitive in a lot of areas, my wife learned that sex is a real need for a marriage.

I’m not going to say our marriage turned around overnight, but the direction changed nearly overnight and spring came around.  Sometimes it was still cold and uncomfortable, but it was starting to warm up.  This sort of got interrupted by the pregnancy and birth of our third child.  So, we got stuck in spring for a while.

After that, we took the 7 Days Of Sex Challenge over at OneExtraordinaryMarriage.com.  That was amazing.  We did the challenge and kept going.  We hit summer full-on with a heatwave.  We had sex for 16 days in a row, took one day off and did another 16 days in a row.  Over the next few months, we were having sex 4 out of every 5 nights, making up for lost time.  This really knit our marriage together.

After she had read it, I asked “so, what now?”  My wife, with all the changes she’s been through and all the growing, looked at me and said “You’ve just been the most open and honest you’ve ever been, I think she would go have some really good sex”.  And so we did.  There is nothing she could have done or said that would have made me feel better.  As I’ve written before, an acceptance of a man sexually feels to him like an acceptance of everything he is.  This, to me, meant forgiveness, love and acceptance of who I was at my core.  Nothing in my life has ever impacted me so much.  Even thinking about it makes me teary-eyed.

Then we got pregnant with our 4th child, and things cooled down a bit.  Early fall perhaps.  Still great, and the memories of summer not faded yet.

Then short winter after the birth where I wrote some posts to channel some of my frustrated sexual energy keeping me focused on my wife:

You should know my wife reads almost all of my posts, so I don’t write anything I wouldn’t tell her.

So, now we’re in spring.  The baby is not weaned yet, so my wife is up multiple times a night feeding her.  Sleep is low and so we’re not quite up to where we want to be.  But summer is just around the corner and I’m looking forward to it!

So, yes, I believe in sexual seasons.  I know there are more to come, but after what we’ve been through, we can handle them.  And we want to help those who don’t yet have the experience or resources to deal with it.  That’s why I started this blog.

How about you?  Have you experienced sexual season in your marriage? 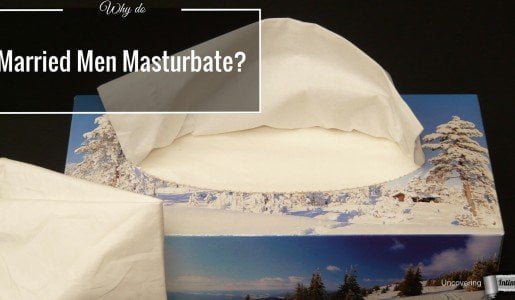 Does It Hurt A Man’s Feelings When We Give Instructions To Him In The Bedroom On What We Like And Dislike As A Women In Bed?
>

23 thoughts on “Do You Believe Couples Go Through Sexual Seasons In Their Relationship?”