OK, this is largely a rant, so hang on. Let me preface this by saying I’m 100% in favour of breastfeeding children. I think breast milk is the healthiest option for infants. All our children have been exclusively breastfed, and I would never suggest anything

OK, this is largely a rant, so hang on. Let me preface this by saying I’m 100% in favour of breastfeeding children. I think breast milk is the healthiest option for infants. All our children have been exclusively breastfed, and I would never suggest anything else except in extreme cases.  Nothing that follows changes that belief one iota.

That said, we’re currently enjoying our fourth newborn, and with that comes a new season of breastfeeding, and I thought I’d share what I don’t like about it. The reason I’m sharing my negative thoughts and experiences about breastfeeding is not to downplay how amazing I think breastfeeding is for babies, but rather because I think many husbands feel the same way, but don’t feel they have a voice to share those feelings.

Our society has somehow turned into a place where only one side is able to be heard on most issues. We tend to focus exclusively on one side of the story and either completely exclude, or demonize, the other side’s perspective. In the case of breastfeeding, the mother is of course generally considered the victim who has to deal with all the negative effects, but the fact is, husbands have their own struggles as well. Just because we acknowledge that side of the story doesn’t diminish, dismiss, or otherwise denigrate the mother’s perspective. Both sides can be real, they aren’t mutually exclusive.

So, today I want to share the husband’s perspective, for all those husbands out there who can’t share their perspective. So, here are four reasons why I hate breastfeeding.

My wife’s breasts used to be mine.  They were for me alone.  It was my right to kiss them, lick them, suck them, bite them, tweak them, rub them, hold them, whatever.  So long as it also gave my wife pleasure, they were mine to enjoy.

Let your fountain be blessed,
And rejoice with the wife of your youth.
As a loving deer and a graceful doe,
Let her breasts satisfy you at all times;
And always be enraptured with her love.

In short, I’ve lost all rights and privileges to them, and not because she doesn’t want me to have them, but because it’s simply uncomfortable at this time. I don’t want to do anything to her that makes her uncomfortable, so it’s a mutual decision, but I’d be lying if I said I didn’t miss that part of my wife. Maybe one day they’ll be mine again, but we’re about 6 years into them being off-limits now. I’m not sure how long before things go back to normal. If they ever do.

Update from the future: It took another 9 years or so, but eventually they did start to be available again. Our youngest (5th) stopped breastfeeding 4 or 5 years ago, and it’s taken about all that time for her to become comfortable with them being touched again. It’s been a slow progression, and we’re not quite back to where we were, but it continues to improve, which we’re both happy about.

Breastfeeding makes my wife is tired all the time

Since the baby is up at all hours of the night (actually, she’s pretty good, only 2 or 3 times a night), my wife doesn’t get near enough sleep.  As such, she’s tired, and a little moody, and understandably so.  But it’s still frustrating for a couple of reasons.

First off, I can’t do anything about it.  Because she’s breastfeeding, it’s not like I can take a shift or a night, or trade spots. Plus, it turns out that women who are breastfeeding release chemicals that help them achieve REM state faster, so they do manage to get better sleep than if their husband decided he was going to get up just as often.

Secondly, I have to deal with a lot of the consequences.  I’m dealing with the kids more, I’m cleaning up around the house more (and I’m not good at it), I’m taking on a lot more duties that are typically considered the role of the stay-at-home mom (SAHM). And that’s not to say men shouldn’t help with those jobs, and I do regularly anyway. But man, I’m exhausted having to both work a full-time job and add this to my plate.

On top of that, my wife really tired too, so I’m not only doing my work, but her work, plus all the stuff she’s too tired to do for herself. It’s not the end of the world, I mean, I’ll survive, but one of the hardest parts of it is that as the husband, no one is really there to support you. You’re mostly out there on your own. And you know what – we can do it. But I won’t say it isn’t difficult at times to keep on keeping on.

With my wife breastfeeding, I see more of her breasts than ever and can’t do anything about it

For the first few years of our marriage, I rarely, if ever, saw my wife’s breasts. We always had sex in the dark, at night, under the covers. These days things have changed. My wife got more comfortable in her skin, we have sex with the lights on, during the day even sometimes. It’s awesome.

After 4 kids, she’s even more daring, particularly about breastfeeding. She’s not shy to breastfeed in stores, in parks, at church, or anywhere else. And she shouldn’t be. There’s nothing wrong with breastfeeding in public.

That said, it’s a bit of a tease for me. I mean, since she’s nursing, my wife is constantly wearing shirts that have easy access, are low-cut, or at least very loose.  Add that to the fact that she’s got at least one breast out every hour or two, and you get a very frustrated husband.

Breastfeeding has caused the frequency of sex to drop off

Add up all these things, and some more just due to birthing and post-pregnancy hormone levelling, and we’re barely having sex.   Let me revise that, we’re not having sex at all.  Twice in the last 6 weeks, we’ve had a mutual masturbation session.  So, basically, I’m being teased to death with little or no release.  And if I say anything about it, to my wife, or anyone else, then I’m an insensitive jerk whose wife just had a baby and I should be more loving and stop complaining, after all, I don’t know what’s it’s like to be pregnant or give birth to a baby.

Well, that’s true, but then, she doesn’t know what it’s like to have your spouse replace you with a baby.

So, husbands, if you’re going through this sometime after I write it – I get it. I’ve been there. Yeah, having kids is awesome, but some of it sucks as well. It’s worth it. But it’s not always easy. You’re not a bad guy just because you feel frustrated, alone and overwhelmed. We all go through it. 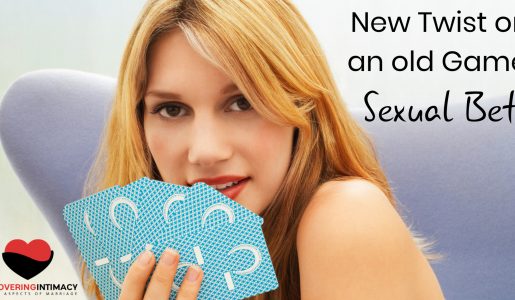 Is sex a need or want in marriage?
>

32 thoughts on “What I Hate About Breastfeeding”