What does household leadership mean for the husband?

What does household leadership mean for the husband?

Ever wonder what household leadership feels like in terms of responsibility for the husband? Think it’s all just fun and getting your way? Guess again.

The Christian marriage blog-o-sphere is buzzing the last few months about submission, household leadership and respect within the family, and it generally revolves around these verses:

Particularly, what are the roles of husbands and wives?  Not so much who-does-the-dishes, but more who is in charge, who is helping, who is following and who is leading.  Most of the bloggers on the side of husbands lead and wives submit and before anyone gets upset, the bulk of these bloggers are women, and their biggest concern is that the men are not willing to fill the role of leader.

Now, why would they not want to step up to be a leader with a submissive wife?  I mean, you can get everything you want right?

If anyone does not provide for his relatives, and especially for his immediate family, he has denied the faith and is worse than an unbeliever.

But whoever shall occasion the fall of one of these little ones who believe in me, it would be better for him to have a millstone hung round his neck and to be drowned in the depths of the sea.

You have control of the assets of the family, you can decide what to do with it, where to spend it, what to buy.

You get to pick what’s for supper, lunch, snacks, eat what you want, when you want!

Put a knife to your own throat, if you have a big appetite.

Hmm, it seems household leadership might be less about privilege and more about responsibility.  There are more guts here than glory.  Yeah, perhaps it seems nice and shiny, the men get the run of things, we get to make the decisions, we get the final say, but do you realize what that means?  If something goes wrong, it is our responsibility.

Now, as a stay-at-home-mom, my wife does a lot in our marriage.  She agrees that I am the head of the household, but I’m not interested in having a mindless drone as a wife who is there for my beck and call.  I don’t have time to orchestrate her every move and decision.  I delegate as much as I can to her to attain more productivity for the household.  She home schools the kids because she’s home all day, we want them to have a Christian education, without having someone else raise our children for 6 hours a day.  I help out when I can, but it’s mainly her responsibility.  I bring in the paycheque for the family.  The fact is, my skill sets allow me to make many times what my wife could in the workplace.  This works out well, because she is far more nurturing than I am, so it’s better that she be with the children.  Not that I’d harm them, but she’s better at providing love.   Likewise, I am not a good cook or baker.  I don’t understand how the ingredients work together, I don’t understand how she knows when you can substitute this or that, but other times you can’t.  To me, it’s all black magic.  So, I make almost no decisions about cooking or baking without her input.  It would be a waste of time.  Instead, I delegate nearly the entire thing to her.  That said, once a week we sit down together and hammer out a meal plan.  Why?  Because she hates doing that, and if I left it to her, half the time it wouldn’t happen.  She hates it that much.  It’s not that she would refuse to do it, but it just doesn’t register on her radar.  But I don’t know enough to make an informed decision about meals on my own.  So we do it together to be more productive.  I decide, and she advises on whether or not it’s possible or advisable.  This is the way she likes it.  The fact is, she WANTS me to make decisions.  She doesn’t want that responsibility, but she does want her opinion to be heard.

Listen to advice and accept instruction, and in the end, you will be wise.

One of the most important ways my wife helps me as the household leader is in her ability to advise me.  I cherish her mind, her wisdom and her understanding.  She sees angles of events and circumstances I never would, particularly when dealing with relationships and anything that smacks of “common sense”, of which I seem to have none (which by my definition, means it’s not so “common”).  Together we tackle any issue much more efficiently than alone.  Sometimes being a leader means being humble and accepting that you don’t know enough to make a decision.

The way of a fool seems right to him, but a wise man listens to advice.

Take a look at this article.  This CEO listed his wife as his most valuable adviser.  And I’ve seen many articles along the same lines.  In fact, compared to single men, married men:

If you are not treating your wife like the asset that she is, you are misunderstanding her role, and not fulfilling yours to its potential.  Yes, we are the decision-makers, but we don’t make decisions as an island, and if you are, you are a fool.

Husbands, in the same way be considerate as you live with your wives, and treat them with respect as the weaker partner and as heirs with you of the gracious gift of life, so that nothing will hinder your prayers.

I think this is why we are told to be considerate of our wives (1 for each man).  Because a wife that is acting like a helper, an adviser and a support system to her husband.

A wife of noble character who can find? She is worth far more than rubies.

An excellent wife is the crown of her husband, but she who brings shame is like rottenness in his bones.

It is better to live in a corner of the housetop than in a house shared with a quarrelsome wife.

A continual dripping on a rainy day and a quarrelsome wife are alike;

It is better to live in a desert land than with a quarrelsome and fretful woman.

Why are some men not be willing to be household leaders?

So, back to my original question.  Why is it some men might not be willing to step up?

Well, I think some don’t know what that means, because they were never modeled it.  I wasn’t.  My mother ran the family I grew up with, and my parents were always at odds, they are to this day despite being still married.  The only grandparents I knew were even worse: they hated each other (my mother’s words).  And so, when I got married, I’m afraid I probably made quite a mess of it to start.  I didn’t lead at all in any way what-so-ever.  Slowly, I am learning, and the more I read the Bible, the more I see what God intended for marriages, for the roles of men and women.  I can only hope I leave a better legacy for my children.

Other men might know, but might not be willing to take on the responsibility.  I mean, if your actually leading, then your the first one into battle.

Because he himself suffered when he was tempted, he is able to help those who are being tempted.

This isn’t a cushy ride, you’re in the thick of it, leading means being there first, willing to take the brunt of it, and being responsible for everyone who comes after you.  Yeah, if you come through you get to say “I led this time to victory!”, but if you don’t, everyone will know, you were leading when the team failed.  There is a risk.  No one said life was without risk!

He who observes the wind will not sow, and he who regards the clouds will not reap. As you do not know the way the spirit comes to the bones in the womb of a woman with child, so you do not know the work of God who makes everything. In the morning sow your seed, and at evening withhold not your hand, for you do not know which will prosper, this or that, or whether both alike will be good.

Our job is to do our best! To fight, to try and win!  Nothing is guaranteed but your effort.  That is our job, that is our role, our task; to lead, to take the responsibility and to be willing to die trying to save those whom we are responsible for, and if you can’t manage the courage to do it…don’t get married, don’t have children, don’t have sex.  The risk is too great for you.  You might become a father, a husband, and you’ll be forced to lead.  You have no choice in whether or not you will lead.  Either you will lead with courage, or you will lead your family by cowering in a corner.

Which example would you rather they had? 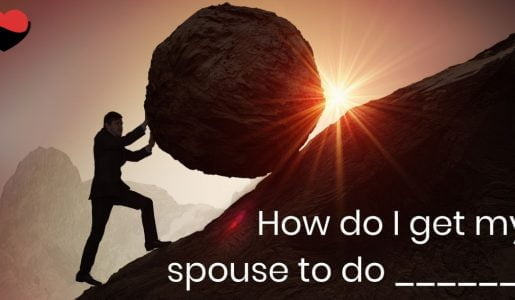 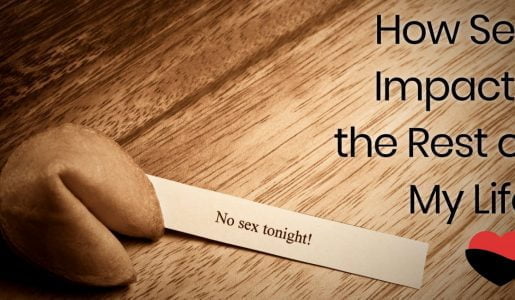 How Sex Impacts the Rest of My Life
>

32 thoughts on “What does household leadership mean for the husband?”