Garbage In – Garbage Out

Garbage In – Garbage Out

When I was in school for software engineering, we had a lot of acronyms that floated around.  One of the was GIGO.  Garbage In – Garbage Out. The point was that we always had to validate what the user put into a computer program, because

When I was in school for software engineering, we had a lot of acronyms that floated around.  One of the was GIGO.  Garbage In – Garbage Out.

The point was that we always had to validate what the user put into a computer program, because people can’t always be trusted to input sane (rational) data.  You’ll ask for a number, expecting digits, and they’ll type in “four”.  You’ll ask for their phone number and they’ll type in their address.  Saying a field is required isn’t enough…you have to stop them if they don’t input something there.  Because if you don’t…bad stuff happens.  Your program crashes, if you’re lucky.  If you are unlucky, it outputs garbage, which in some ways is worse than crashing, because it looks like it’s working, and people might trust the output.  The underlying principle is: never trust the user to give you what you need.  Validate everything.

Marriage sort of works the same way.  We have to check where our information is coming from.  Too often we just accept everything that is coming without validation.

Now, Christians should be validation ninjas.  I mean, we have the Word of God as a guideline for validation.  We have the manual.  My pastor this Saturday during his sermon, stood up on the pulpit, for a couple of minutes, holding his Bible, just repeating “This is the God’s Word!”

All Scripture is God-breathed and is useful for teaching, rebuking, correcting and training in righteousness, so that the servant of God may be thoroughly equipped for every good work. – 2 Timothy 3:16-17

The Bible is God’s Word!  It’s our validation manual.  Hold anything up to it and see if it stands.  Check your input.  Validation what the world is telling you.  Because a lot of it won’t stand up.

And, sadly, there are a great many pastors, counselors and elders whose marriages are not stable, let alone healthy, who are giving out marriage advice.

My point is, check your input.  Where is it coming from?  Is it sane?  Because if it’s not, it might crash your marriage…if you’re lucky.

Crashing isn’t all that bad.  Marriages crash all the time. It’s an opportunity to step back, evaluate what’s going on, adjust your logic (or your heart) and run it again.  In programming, we don’t scrap the project the first time it fails.  We just adjust and try again.  In programming, failing isn’t failure.  It’s just part of the process.  So, the program fails, we make some changes, and we try again.  We’ll get a little further, and it will fail…and we’ll get a little further.  Eventually, we learn to add in error handling.  Then the program doesn’t crash.  It just pops up warning messages.  We learn to write better error handling, where our program will actually tell us what’s wrong and what to fix.  In marriage, we do the same thing, if we keep at it.  We start to see warning signs.  We start to communicate better about what’s wrong, we start to fix things before they crash.

Some students implement error handling incorrectly though.  They don’t show warnings.  They just bury the errors.  They make the user think the program is working as expected.  This is your worst case scenario.  Because then you start outputting garbage, which someone else will use.  You start teaching your kids a flawed mentality of marriage.  You model for those around you how to really mess up a marriage, without letting them know that that is the out come.  You interface with other systems, other marriages, and pass your garbage on to them.

Now, a good teacher will catch this behaviour.  Because they’ll not only be making sure the program ran without crashing, but that the output was good.  They have to do it during exams, but a good teacher will go around during the class, while you are learning, and make sure that your programs are running as expected, and outputting as expected.  We need teachers like this in our churches.  People who understand the input that marriages are getting.  People who know how to validate it against the Bible.  People who can recognize good, and bad, output and tell the difference.  People who will work with marriages as they’re being written.  Who will help catch errors, who will help train the spouses so that when the marriage crashes, they don’t just give up and walk away.  Who will stop spouses from burying warning messages.  We need teachers in our churches.

Then they can urge the younger women to love their husbands and children, to be self-controlled and pure, to be busy at home, to be kind, and to be subject to their husbands, so that no one will malign the word of God.

Similarly, encourage the young men to be self-controlled. In everything set them an example by doing what is good. In your teaching show integrity, seriousness and soundness of speech that cannot be condemned, so that those who oppose you may be ashamed because they have nothing bad to say about us. – Titus 2:4-7

We need teachers.  Desperately.  Because the world is providing a lot of free training, and most of it is garbage.  Most of our universities, governments and institutes, are outputting garbage, systematically dismantling God’s validation rules.  The enemy is working hard to make sure that our marriages either crash, and we give up, or worse, run their course, unchecked, throwing more garbage into the world.

Let’s teach people how to validate their input.  Let’s challenge them on their output.  Let’s show them when they’re inconsistent with scripture.  God give us the courage to do so.   Because we’ll need it. 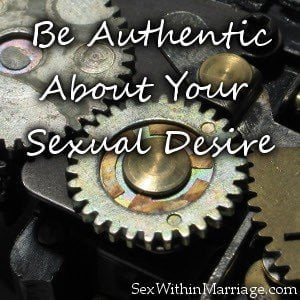 <
Be Authentic about your Sexual Desire

5 thoughts on “Garbage In – Garbage Out”