Don’t accept sleeping on the couch

Don’t accept sleeping on the couch

There is a common joke in married circles about “sleeping on the couch”.  It typically refers to a husband being sent to go sleep on the couch, because he has done something to offend his wife and she has decided he cannot sleep in their 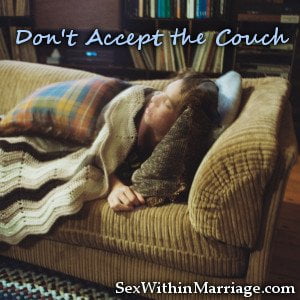 There is a common joke in married circles about “sleeping on the couch”.  It typically refers to a husband being sent to go sleep on the couch, because he has done something to offend his wife and she has decided he cannot sleep in their marital bed as punishment.  Sadly, I know it happens in many marriages.  There are a few problems with this occurrence, and I want to take a quick post to point them out.


It violates Christian principles regarding anger and marriage

When angry, do not sin; do not ever let your wrath (your exasperation, your fury or indignation) last until the sun goes down. Leave no [such] room or foothold for the devil [give no opportunity to him].

First off, we’re called not to sin in our anger.  While it is not a sin to get angry (even Jesus got angry), it is a sin to hold on to anger, and deciding that your husband is not fit to stay the night in your marriage bed, in my opinion, is holding on to anger.  Secondly, we’re told that in our anger, not to give the devil a foothold, leave him no opportunity to tempt us.  I think this links to 1 Corinthians 7:5:

Do not refuse and deprive and defraud each other [of your due marital rights], except perhaps by mutual consent for a time, so that you may devote yourselves unhindered to prayer. But afterwards resume marital relations, lest Satan tempt you [to sin] through your lack of restraint of sexual desire.

A wife who does this is clearly stating that she intends to deprive and defraud her husband of his marital rights, and not by mutual consent, thus leaving both of them open to temptation due to her anger.

The wife asserts her authority over her husband

My wife and I (along with a good percentage, but not all of our readers) believe that the husband has been given, by God, authority over his wife, not the other way around.  But I believe that even my egalitarian readers would agree that a wife should not have authority over husband (as egalitarians believe no one is in authority, or they share authority, depending on how you phrase it).

But sending your husband to sleep on the couch is a clear and blatant exercise in setting the hierarchy in the marriage with the wife on top.  A wife sending her husband out of the marital bed is her establishing that:

In short, I believe who tries this stunt is sinning against God (who set the hierarchy), and her husband (whom she’s supposed to support), and her children (should they exist and be aware of what’s going on, because it’s bad role modeling).

The husband accepts her authority over him

Lastly, and this is the one that really bothers me: the husband accepts the authority if he goes to sleep on the couch!  By agreeing not to get into bed, by making his bed on the couch, he willingly and fully gives in to her authority over him.  This attempt to abdicate his authority over her is both an offense against God, an sin against his wife (whom he should be protecting by leading), it harms the household, and by extension the church and our society by destabilizing the family unit.  This is a massive error in my view.

I have never slept on the couch.  Why?  The rule in my house is: If YOU are too angry to share the bed, then YOU leave.  I’ve never been angry enough to give up my bed.  Simple as that.  I think Christina left once to go sleep on the couch, when we were newly married, because she was mad at me (and a few more times because I was snoring, but that’s another topic).

And really, that’s how easy it is to stop from sleeping on the couch…you don’t go.  Seriously, what would happen if the next time your wife said “Okay buddy, you’re on the couch tonight” you said “No.  If you’re upset, you leave.  I’d rather we discuss it like adults and see if we can find a way to forgive each other.”  Worst case scenario, she does leave, you still aren’t sleeping together…but at least you have the more comfortable bed.

Does this happen in your house?  Do you think you can change the dynamic?  Did it in the past?  If so, how did you change it?  Let us know in the comments below. 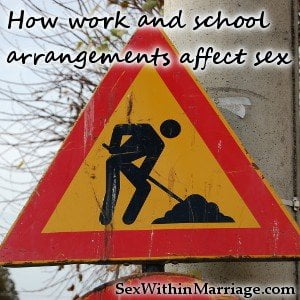 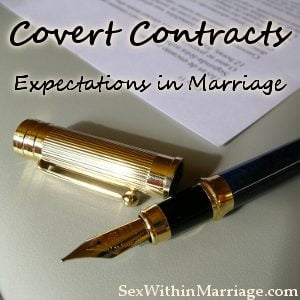 89 thoughts on “Don’t accept sleeping on the couch”