Do you talk about theology with your spouse?

Do you talk about theology with your spouse?

I’ve been very blessed to have a spouse who believes the same things I do about God.  We even changed denominations together a decade ago.  We both felt convicted that the church we grew up in wasn’t teaching doctrine that was in keeping with the Bible. 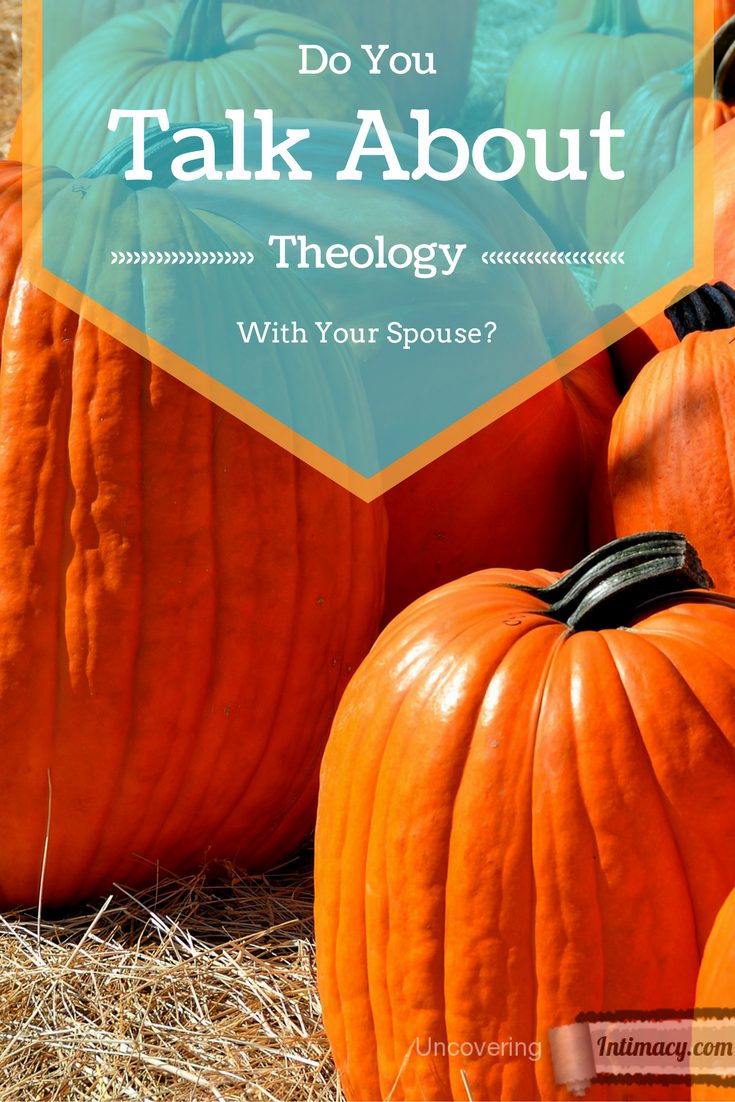 I’ve been very blessed to have a spouse who believes the same things I do about God.  We even changed denominations together a decade ago.  We both felt convicted that the church we grew up in wasn’t teaching doctrine that was in keeping with the Bible.

I think a large part of why we stay in sync is because we discuss our beliefs about God with each other.  Not just what are typically named “salvation issues”.  Side note: I hate the term “salvation issue”.  I think everything is a salvation issue.  I’ll try to write a post in that tomorrow. We discuss minor things we feel convicted about as well.  Here’s a recent example from our life.

I grew up going out for Halloween.  My mother often made costumes for me and my siblings. My wife grew up with the same traditions.

Naturally, when we had kids, we started doing Halloween with them.  However, over the last few years, I’ve been growing uncomfortable with the idea.  It started just as a niggling feeling.  Then it started to bother me.

My wife and I would discuss it, but I couldn’t put my finger on what was bothering me about it. We started taking the kids to church events on Halloween instead of trick-or-treating.  Partially to try and scratch this itch, and partially because it was just easier.  Really, they were still Halloween parties, just held in a church.  The kids still dressed up and everything.

Then my theology caught up with God’s prompting

This Saturday, I heard a sermon and the pastor read two verses that made everything fit into place for me.

When you come into the land that the Lord your God is giving you, you shall not learn to follow the abominable practices of those nations. There shall not be found among you anyone who burns his son or his daughter as an offering, anyone who practices divination or tells fortunes or interprets omens, or a sorcerer or a charmer or a medium or a necromancer or one who inquires of the dead, for whoever does these things is an abomination to the Lord . And because of these abominations the Lord your God is driving them out before you. You shall be blameless before the Lord your God, for these nations, which you are about to dispossess, listen to fortune-tellers and to diviners. But as for you, the Lord your God has not allowed you to do this.

Consider the people of Israel: are not those who eat the sacrifices participants in the altar? What do I imply then? That food offered to idols is anything, or that an idol is anything? No, I imply that what pagans sacrifice they offer to demons and not to God. I do not want you to be participants with demons. You cannot drink the cup of the Lord and the cup of demons. You cannot partake of the table of the Lord and the table of demons. Shall we provoke the Lord to jealousy? Are we stronger than he?

I’m not posting them to convince you.  I just figured someone might ask.  I think alone they might not be enough.  But, paired with the conviction that had been growing for the last few years, these hit me like a truck.

Discussing theology with your spouse

So after church, we were in our living room talking.  I said “I want to have a conversation about Halloween.”  My wife was up for it, my daughter didn’t want to.  I think she knew what was coming. My wife had been teaching in the Sabbath School program for the kids during the service, so she missed the sermon.  My daughter was in the program, so she also missed it.  I told them about the verses and shared my feelings of being convicted we should change.  Christina, my wife, has known of my feelings about it because we’ve talked about them before.  But this time I had something more than a feeling. We discussed it for awhile and then I asked my wife what she thought.

Now, Christina is very wise, though she doesn’t know it.  Her response was this:

I’m torn between not wanting to disappoint the kids and following what I know is right.

Doesn’t that just sum up a lot if our struggles in following God?  We don’t want to disappoint someone (even ourselves), so we disappoint God. After all, He’ll forgive us.

My ten-year-old was also in the room.  She’s not so wise yet, as one would expect from a ten-year-old.  Her response was simply “If we don’t go to the party, I’m going to scream until we do”.  Not wise, but she communicates her frustration clearly at least.  You never have to wonder how she’s feeling.

What if your theology conflicts with your life?

Here’s what my wife said to our daughter:

What if you were playing a game with your friends, and you just realized you had misunderstood the rules they were playing by.  You had been cheating by accident the whole time.  Do you continue cheating, or do you change how you play?

That, I think, is a pretty brilliant analogy to convey to a 10-year-old.

My not-so-wise, but oh-so-smart, ten-year-old responded with “I’d slowly adjust my playing over time to get used to the new rules”.  In other words “Let’s do Halloween this year and phase it out next year.”

But that’s not how we do things.  My wife was right, when we know better, we can’t just continue to cheat.  Even if it makes the game harder, or disappoints our teammates, or even if it means we lose the game.

So, we went to a different Halloween alternative night this year. One where the only focus on Halloween was teaching the actual origins and why we don’t participate.  The kids made crafts, did activities, ate pizza and made pumpkin parfaits.

My ten-year-old sulked for half the party and then started having fun.  By snack time, she was pretty happy (though she wouldn’t admit it).  The middle three children threw minor tantrums earlier in the day when they found out but adjusted faster.  The youngest is only 20 months old, so he was thrilled just to have a balloon to play with all night.

And that itch has finally gone away.  Plus, it gave us a chance to develop some more spiritual intimacy, which discussing theology in a productive manner always does.

My point is, talk to your spouse about your walk with God.  It might be awkward, and yeah, there’s the potential for an argument.  But great things can come out of it as well. 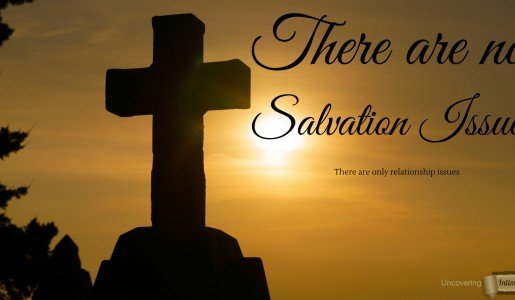 <
There are no salvation issues 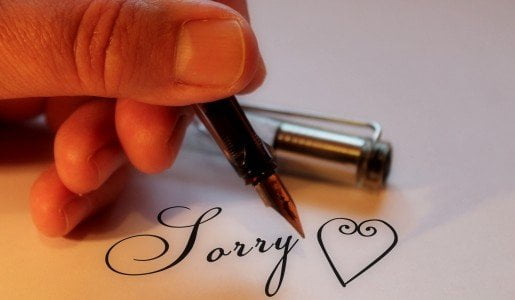 How to respond to an apology
>

18 thoughts on “Do you talk about theology with your spouse?”