Do Christians have sex during their period?

Do Christians have sex during their period?

Way back in May, I started a survey on period sex.  I said I would do the analysis when we hit 600 respondents.  Well, I give up.  We hit 490 and it’s sat there for the last two months.  I stopped badgering the mailing list

Way back in May, I started a survey on period sex.  I said I would do the analysis when we hit 600 respondents.  Well, I give up.  We hit 490 and it’s sat there for the last two months.  I stopped badgering the mailing list about it months ago, so I doubt it’s going to go anywhere.  However, if you still want to fill it out, you can here.

This was all to answer a question someone asked in our anonymous question page back in January.  Hopefully she’s still following the blog.

How many couples have sex while the wife is on her period? My husband and I have been married for almost 8 years. The idea of having sex with me while I’m menstruating has always kind of grossed him out. I am the higher drive partner, and this time of the month is usually when I want sex the most. I’m curious, is it “normal” for husbands to have a hands off policy during this week?

So, here we go.  Almost 500 Christians answer the question:

Do Christians have sex during their wife’s period?

Let’s just answer the question right off the bat this time.

Well, there you have it.  The majority of Christians have sex during their wife’s period.  More information and the reader’s question are below.

What is your attitude towards period sex?

I suspected that our readers are more comfortable with the idea of period sex, and their spouses who didn’t fill out the survey are not.  But, that doesn’t always seem to be the case.  When we split by gender, we see a few differences:

What is your reaction to period sex?

Men and women generally agreed on this question.  Except for these two responses:

Seems the “ickiness” of it gets to the women more than the men.  I’d sort of expect that.  Generally men get more aroused than the women, and so the grossness factor would be offset by that because your definition of gross changes when you’re aroused.

Are you likely to have period sex again in the future?

I’m not going to list all the permutations I checked, but here are some highlights.

98% of women who are willing to have period sex any time said they’d likely do it again in the future.  Only 80% of men did though.  Not sure what’s going on there.  For those who answered that they have period sex when it’s light, only 80% said they would in the future.  I thought that might be due to age, but when I took out anyone over the age of 55, it only went up to 82%.   And again, we have a small contingent of women of think having sex during their period is morally wrong, but they do it, and think it’s likely they will again in the future.

What other activities do you engage in during her/your period?

How “normal” is it for a low-drive husbands to not want to have sex during their wife’s period?

So, to answer the original question, males who are the lower-drive spouse and don’t want sex during the period, but their wife does make up about 3% of our respondents.  However, another 4% say that neither spouse wants to in that situation.  So, it’s about 8% of all men who are low-drive and won’t want sex during their wife’s period.  I’d call that pretty “normal”.  Not average, but normal.

It is pretty average when you only look at lower-drive husbands.  If you’re only looking at those responses, then it’s about 39% of them who aren’t interested in sex during their wife’s period.

I hope that answers your questions.

If there’s a question you’d like answered from this survey, let me know and I can check. 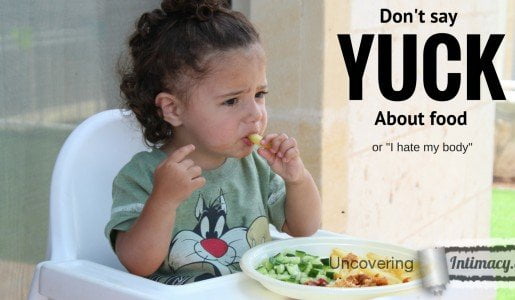 Your spouse may need time to want sex
>

22 thoughts on “Do Christians have sex during their period?”