Another method is stating that it is medically unsafe/unsound/risky, and thus one shouldn’t do it because to do so is to harm the body, and thus God’s temple.

And lastly, there’s the general “well, God didn’t design it for that” argument.  Often, but not always, these same people are against manual sex (using your hands) and oral sex (using your mouth) for the same reasons.

So, let’s tackle these.

And they called unto Lot, and said unto him, Where are the men which came in to thee this night? bring them out unto us, that we may know them.

We have a few hints at what Sodom and Gomorrah’s sins were:

Behold, this was the iniquity of thy sister Sodom, pride, fulness of bread, and abundance of idleness was in her and in her daughters, neither did she strengthen the hand of the poor and needy. And they were haughty, and committed abomination before me: therefore I took them away as I saw good.
Ezekiel 16:49-50

If a man also lie with mankind, as he lieth with a woman, both of them have committed an abomination: they shall surely be put to death; their blood shall be upon them.
-Leviticus 20:13

Even as Sodom and Gomorrha, and the cities about them in like manner, giving themselves over to fornication, and going after strange flesh, are set forth for an example, suffering the vengeance of eternal fire.
-Jude 7

But that doesn’t give any help to this topic.
Now, the Bible does speak against homosexual acts fairly often, both in the New and Old Testaments, but it’s always about sexuality with the same gender, not about the specific sexual acts.  I’m not going to get into homosexuality in this post though.  We’ll save that for another one.

Now, for myself, I’ve found that medical community, these days, seems to be a lot more interested in risk aversion than it is in actually is in giving sound medical advice.  So, I take everything they say with a … well not a grain … but a huge heaping tablespoon of salt.

So, let’s go through these from my non-medical background perspective:

For men, the prostate can be stimulated, either by a toy, or a finger, inserted into the anus.  But for women, there are still the hypogastric nerve, the vagus nerve and the pudendal nerve which can all be stimulated during anal activities.  This is why some women find that flexing their glutes (their butt muscles) can help them achieve orgasm.  In fact, bundle of nerves that makes up the clitoris is quite the network.  I hope you all know what the clitoris is (if you don’t, it’s the little “nub” above a woman’s vaginal opening, which is usually very sensitive.  As far as we know, it serves no purpose other than to give sexual pleasure to women).  Some of you know that it has “legs” inside the body that extend down around the vaginal opening, and that stroking, or putting pressure, on them can cause pleasure for the wife.  But they also extend into the body, surrounding the vestibule (that’s not a euphemism, that’s an accepted term).  What this means is that, as it wraps around the posterior side, it can be stimulated from within the rectum.  In short, there’s a lot going on in that region when it comes to nerves and thus pleasure!  It also explains why, when done improperly, there can be a lot of pain involved as well. 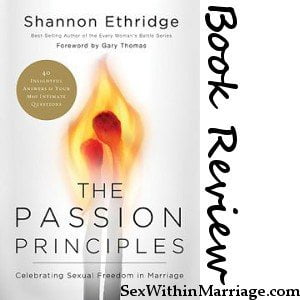 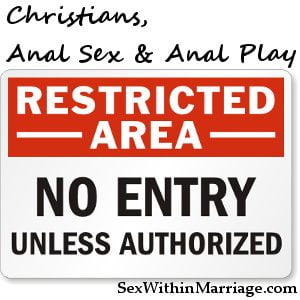