Wife turned on by naked women

Wife turned on by naked women

This question came through on a survey comment, and I’m finally getting around to addressing it. I am a heterosexual married woman, and never been with anyone besides my husband. However, the sight of bare female breasts turns me on. I don’t seek it out

This question came through on a survey comment, and I’m finally getting around to addressing it.

Luckily, there is actually a fair bit of research in the field of human sexuality to explain this, so I don’t have to guess.

Differences in sexual response in men and women

Turns out that men and women respond differently to sexual stimuli (no surprise there).  It’s such a well known fact, at least in the human sexuality field, that they have scientific names to describe the differences.  The ones we’re looking for are category-specific and category-nonspecific response patterns and also sexual concordance.

There is a research paper devoted to these topics by Kelly D. Suschinsky called “An Exploration of Genital Arousal Category-Specificity and Sexual Concordance in Men and Women“.  I’ll distill down what I know for you, so you don’t have to wade through the entire paper.

Category-Specificity is a term that describes what categories of stimuli arouse you.

Category-specificity is a term to describe the categories of stimuli that arouse a person.

Men have a fairly strong category-specificity.  In general, human males are aroused by human females.  However, it’s not that simple.  Arousal levels change depending on the subject and the context.  For example, if the female is a child, the vast majority of men will not experience arousal.  Attractiveness also plays a role, as well as state of undress.  If the woman appears receptive to sexual advance, that increases arousal dramatically, however if the woman appears to be coerced, or is being forced against her will, then most males will not be aroused (unfortunately, porn use conditions many men to still experience arousal in these cases).

Women, on the other hand, do not have a strong category-specificity.  In some studies, the sight of a naked male doing yoga, or some similar activity produced no more arousal than a mountain landscape image.  However, viewing a woman doing yoga, generally produces physical arousal.  Why is this?  One theory is that women are more keyed to sensuality rather than sexuality, and that the shape of a woman doing yoga is far more sensual than that of a man (I can’t argue with that one).  Also, women are less context specific.  While men tend to not get aroused if they view a video, or listen to an audio tape of a forced sexual encounter, most women, even though they may be psychologically repulsed, will still experience sexual arousal.

The currently theory on the differences between category-specificity in women and men is this:  In theory, men only experience consensual sex (from their perspective).  If they want sex, they have it, if they don’t, they don’t…because they physically cannot without an erection (I’m not saying men can’t be raped, just saying it’s far less likely).  Women, on the other hand, have a far higher potential to experience non-consensual sex, because there is nothing physically stopping a man who wants to from penetrating her.  So, the theory, based on evolutionary principles, is that women have evolved a self-preservation mechanism, that when they sense something that might indicate sexual activity might occur, they experience physical arousal, in order that they might protect themselves, the assumption being that sex is going to happen, so the body might as well make it as least harmful as possible by lubricating itself.

Point is, to the person who asked the question:  You aren’t alone, this is fairly typical for your gender.

As well, we have to keep in mind that in women, there is a looser tie between feeling aroused mentally and feeling aroused physically than there is generally in men.  It is far more likely for women to feel aroused, but show no physical signs.  And the opposite is true, you can get physical aroused by seeing something, even if you aren’t mentally aroused.  In fact, it is quite possible for a woman absolutely revolted by something and yet have a physical arousal response to that same thing, which I’d imagine is quite confusing.

To answer your question

So, is it a problem?  No, I don’t think so.  I think you’re probably just connected to sensual imagery.  It doesn’t mean you’re same-sex attracted, or anything like that.  In fact, sounds like you’re pretty normal.  I’m glad you pointed out that you aren’t out looking for naked women.  But, on those cases when you stumble across it, you may be interested in the post What do I do if I get turned on by someone/something other than my spouse?

Were you aware of this difference in the genders? 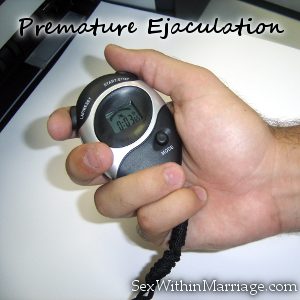 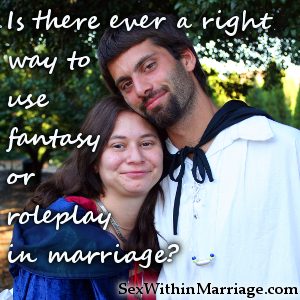 Is there ever a right way to use fantasy or role-play in marriage?
>

26 thoughts on “Wife turned on by naked women”