I read a lot of books about theology, I also read blogs, and talk to many differing people. I talk to Atheists, Muslims, Buddhists, Agnostics, and people of many other faiths. I also discuss what I believe with as many people from other denominations as I can find because I’m not arrogant enough to think that my denomination, or even Christianity, has it 100% figured out. Don’t get me wrong, I believe Christ is the Way the Truth and the Life, but I respect the Islamic focus on prayer and fasting, the Buddhist focus on peace, Mormon’s devotion to the family and the priesthood, the United church’s focus on accepting everyone, and many many others.

So, what does this have to do with sex within marriage? I also do a lot of research outside of the Christian sphere in regards to sexuality. I read books from humanist authors who push evolution when discussing sex. I listen to Podcasts from non-christian speakers who make fun of Christian family ideals. I read blogs from ex-Christians who think we’re all nuts for thinking there is a God. Why? Because the fact is, there are not many Christians doing ground-breaking work in the sphere of sexuality. So, I listen, I read, I discuss and argue, and I distill it all down, cross-reference with the Bible and what I believe and then, if there is something to be gained from it and it doesn’t contradict the Bible, I share it. This is not the impetus of many of my posts, or even the bulk of my content in a single post, but I learn here and there, little tips, little bits of information, research that is being done and such that help to strengthen the Christian ideal of marriage as God intended. A prime example of information I’ve shared is the post Is Sex A Need Or A Want?

They will use the exact same justifications that the secular world was joking about. They only have married people in the stories or videos. They’re only having sex with each other. Therefore, it’s perfectly okay for everyone else to be involved by watching or reading about it and getting turned on.

They’ll further try to wrap it in a Christian blanket by saying their intent it to improve intimacy in marriages. I’m truly saddened by how many Christian men and women fall for this. I’m frankly sickened by the people who are deceiving everyone. I know they’ve deceived themselves, but man, they will fight you with everything they have to hold on to this sin.

Many of their readers and viewers never do share it with their spouse – which shows you that they know it’s sin. Of course, they probably rationalize that their spouse is too conservative and doesn’t understand the principle. It’s amazing the knots we twist ourselves into when we want to justify sin, especially sexual sin.

Again, I know, because I experienced this in my own relationship years ago. For years, I knew it was wrong and I wanted to stop, but my brain didn’t want to. Why would it? Pornography is a drug that’s very difficult to get free of.

Is there any truly Christian pornography?

Then, something happened to change my mind a bit. No, I’m still not thinking the way they are. I still believe that kind of pornography is bad, that it goes against God, the Bible, that it’s sexual sin and has no place in your life, your marriage, for any Christian. But I did have a bit of a paradigm shift.

I was gone for the first 12 days of this month on a mission trip. Now, in the past, during our “barren winter” season of our marriage, when we were sexless (by the clinical definition), 12 days without sex wouldn’t have phased me. Truth be told, I that porn addiction that was feeding that need (in the same way junk food feeds a need for nutrition…). Now that I’m free of it, 12 days without intimacy is torture. Not just the lack of sex, but not seeing my wife, not talking to her (we managed to a couple of times, but not like when I’m home), it all compounds together. In fact, I think I have a new rule: no long trips without my wife again, it’s just too hard.

Anyways, before we left, my wife did something that absolutely blew my mind: She suggested I take some nude photos to “remember her by”. I was stunned but in a good way. We’ve never done anything like this before.

Now, before I continue, disclaimer: Any time you take naked pictures or do anything digitally that you don’t want someone else to know about (by that I mean you’d be embarrassed if they found out. If you’d be ashamed, which is different, then you probably shouldn’t be doing it, or you need to change your definition of shame), make sure you take the necessary precautions. So, I took 4 pictures that were naked, but not explicit. Note: the purpose of these was not masturbatory aids. They were to “tide me over” until I see her again. I have to say, it helped a lot.

My second last night I managed to get WiFi access, but no privacy (no one could read what I was writing, but there were other people in the room), and we were chatting with a lot of “I miss you”, “I can’t wait to feel you again” sort of talk, but nothing explicit. Nevertheless, it definitely got me worked up, and so, after we said our goodnights, I couldn’t sleep. So, I decided to try my hand at writing erotica, for my wife. Now, this was outside of my comfort zone, but I thought about it, and decided it wasn’t against one of my hard boundaries, or my wife’s (as far I knew) and pushing our soft boundaries (our comfort zone) is how we grow. In 2 days, I wrote 3 parts (a page or two each part) and sent them to my wife. She got the last one after I was home already.

I hope that’s both restrictive and free enough. Feel free to quote me.

What about you, have you tried something like this in your marriage? If not, are you open to the idea, or not? 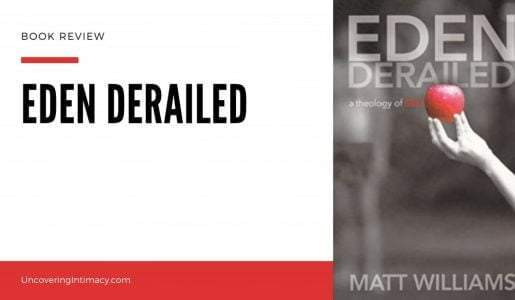 Is There A Good Way To Tell Your Husband "No Sex Tonight"?
>