Product Review: Ola by Minna – Our Most Used Sex Toy

Product Review: Ola by Minna – Our Most Used Sex Toy

The Ola by Minna has become our most used toy in the bedroom for a variety of reasons. And right now, it’s $100 off. Yep, you can grab a premium sex toy for only $49. Perfect for Christmas.

I’ve been meaning to do this review for … oh a while now.  And my lovely wife is going to be helping me out with this review as she, well, experiences the immediate benefits from this toy.  Her comments will be in purple and bolded so you can tell them apart.

Last July I won a giveaway for a bunch of sex toys.  Some were okay, some were less than okay, but this one, the Ola by Minna has become our absolute favourite.  Honestly, it gets used more than anything else in our collection except maybe our Liberator Wedge, nope, more than the wedge, (I stand corrected), but either way, that’s not a toy, it’s more like furniture.  Sort of like saying “our bed is our most used sex toy”.

1. The shape is almost perfect

This toy is curved like nothing else I’ve seen.

It’s just about perfect for us.  Maybe it doesn’t match all body shapes, I don’t know, but for my wife, it’s about the perfect curve and angle to make it easy to hold and hit all the spots you want to without feeling like it’s an odd way to hold your wrist, or twisting your arm funny, whether it’s me holding it on her, or her using it herself when we’re together. Yeah, I will say, it’s very comfortable to hold.

It even just barely fits between us when we’re having missionary position sex. It can add a lot of pressure, depending on how sensitive you are it may be too much. I don’t always like it between us in this position, but it works well to get an orgasm if you’re having trouble without the aid of a toy.

There are other vibrators more advanced, like the Crescendo by MysteryVibe with have multiple programs you can run, pre-program from your phone and do all sorts of things with.  And there are simpler ones, like a single button the Iconic Bullet Vibe that is basically just an on and off switch.

The Ola has two buttons:

It also has an inflated rubber bubble of sorts that acts as an intensity controller, but instead of simple up and down like a switch, or a button that flips between different intensities, this intensity controller is analog.  You can choose just about any sort of intensity just by pressing harder or softer on the soft, almost pillow-like end.

If you have kids and they have “squishy” toys, you know the rubbery ones that are filled with some sort of gel, that’s about the feeling of it.

The cool thing about this toy is that you can hit the record button, then record whatever pattern you like (a slow ramp up and down again, or pulses, or something random), and then hit the play button to start looping it in a continue play-back.  So, it can be full on, or soft, or patterns, or whatever want with a couple button-clicks.

No searching for pre-programmed choices like other “advanced” vibrators.

To be honest, I didn’t realize just how cool that feature was at first.  I mean, I thought “oh, that’s neat”, but I didn’t realize just how versatile and user-friendly it is in the moment.  One of my frustrations with other toys is that you sometimes spend a lot of time searching for the right program, and when you finally find it, all the searching has sort of killed the mood. This has happened often in the past!

With this toy, you can program it while you’re using it, and then just keep looping that over again.  It really is so simple and lovely to use, I like the simplicity of keeping it on a solid sort of intensity, usually full strength. But it is fun to play around with the strength, Jay will tease me sometimes to extend our time together.

This lets us focus on each other more and worry about the tech less.

Plus, this toy ticks all the boxes that I like to see when choosing new items:

Oh, and it comes in two colours: Pink (which we have), and the dark purple.

Now, I don’t like everything about it.  In fact, I really hate one part of it. The charger.  I don’t know if it’s just mine, and it’s defective, or the design is just flawed from the engineering forward, but the charger is absolutely terrible.

Someone had the idea to make it magnetic.  Great idea. I like magnetic chargers. You don’t have to worry about them breaking off if the cord accidentally gets pulled or charging ports to get fluids into.

However, they have to be done well.  I’m afraid this one wasn’t. Where it’s positioned, the shape of the charger, and the layout of the contact points just all go together to make a terrible charging experience.

I honestly spend a minimum of 5 minutes trying to get this thing to charge most of the time.  It’s incredibly frustrating. I’ve often considered taking it apart to re-work the charger.

But, that tells you how much we like the toy if I’m willing to spend 5 to 10 minutes fighting with it to get it to charge.  Also, it holds a charge for a really long time, which is good, because, as I said, I hate charging it.

I’m hoping mine is just a bad unit.  But, to be honest, even if it’s not, it’s still a great buy.

The Ola by Minna goes for $149, and frankly, I think it’s worth it.  We’ve been using it for well over a year, it’s solid, works great, and no weirdness other than the charger.

I always feel a little sad when Jay’s forgotten to charge it or it dies on us because it’s such a great toy and I’m grateful that he is the one that deals with the toys, charges them etc.

Public Service Announcement: Men – charge your toys.  I’m going to go charge it now, just because I’m not sure when the last time I did was.

Alright, I’m back. That actually went better than usual. I dropped it and it happened to land perfectly, and the charging light turned on. So I left it on the floor charging. I’m not kidding, I’m scared to touch it.

Still, like I said, as much as I hate charging it, it’s still our favourite toy.

For the next couple of weeks, it’s even better

I emailed the manufacturer last week letting them know that I loved their product (and hated their charger), and then filled me in on a tidbit of information:

They are trying to clear out some stock in preparation for some big launch that they wouldn’t tell me about. I think part of it is that they’re moving warehouses and would rather sell the stock than ship it from one warehouse to another. I think they’re also launching something new but I don’t know if it’s going to be an Ola 2.0 or something completely different.  My guess is something completely different.

But, only while they’re trying to clear stock. The promo is going on until November 25th, or until they run out of stock, whichever comes first. So, if you’re looking for a toy for Christmas, you might want to check it out.  That’s a killer deal.  Better than you’ll find for Black Friday. So what are you waiting for? Click on the website link.

<
SWM 050 - Anonymous Questions from September 2019 - Deployed Spouses, Passive Sex Partners, Sleep Apnea and How to Boost Attraction for your Spouse 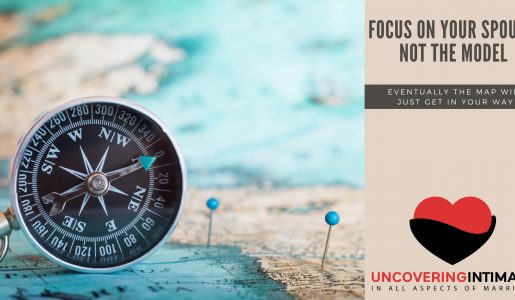 21 thoughts on “Product Review: Ola by Minna – Our Most Used Sex Toy”