How to ask for what you want in bed

How to ask for what you want in bed

I think a lot of spouses don’t ask for what they want in bed.  I think this is frustrating for both spouses because the spouse who doesn’t ask if often not getting what they want or need to make the sexual experience the best it can

I think a lot of spouses don’t ask for what they want in bed.  I think this is frustrating for both spouses because the spouse who doesn’t ask if often not getting what they want or need to make the sexual experience the best it can be.  Often the other spouse is frustrated that their partner is not expressing any desire in anything in particular, which often comes across as being not interested in them sexually.

So, here are some of the reasons why you, or your spouse, might not be asking for what you, or they, want in bed.

1. You’re afraid of your spouse’s reaction

Often we don’t ask for what we want because we’re afraid of our spouse’s reaction to our request.  It could be that we don’t want to be seen as selfish.  This is particularly true if our spouse never asks for anything, in particular, themselves.  Of course, that creates a deadlock where both spouses aren’t speaking up because the other doesn’t.  They might both be afraid to ask for what they want because neither wants to appear selfish in their request.

One of you needs to break the pattern, and that means stepping out on a limb and asking for it.  Spouses in healthy relationships are interested in what their husband or wife want.  They like to make each other feel good.  Telling them how to do that isn’t selfish, it’s intimate.  It’s being vulnerable and sharing.  It’s an opportunity to deepen your connection.

Other’s are afraid that their spouse will think they’re perverted.  This is a little harder to deal with because it depends on the request.  There’s no blanket rule here.  Truth is, sometimes we humans do come up with perverted things.  I can’t give you a list of “this is acceptable and this is not” because I’m sure there are new things on the horizon, especially as technology continues to expand the horizons of what is possible.

But, ideally, we should be able to go to our spouse still and say “I’ve been thinking about this, what do you think?” and have an adult conversation about it.  One without shame or fear of reproach.  There’s nothing wrong with sharing an idea and having your spouse say, “I don’t feel that would be healthy for us.”  And so long as that feedback is given lovingly, it shouldn’t stop you from sharing other ideas in the future.

Lastly, there are those of us who just assume our spouse will shoot us down.  Sometimes there’s a reason for this, based on history.  Sometimes it’s just a fear of the unknown.  If you don’t have a habit of talking about sex, it can be hard to ask for something sex related.

First, figure out what your fear is based on.  If it’s due to your spouse’s views of sex, then perhaps you should go through a study like Intimacy Ignited.  If it’s a worry of selfishness, or what they will think, or you’re just shy, then maybe take baby steps, like asking your spouse to kiss you somewhere innocuous (don’t start with the genitals, if that’s not a normal activity for you two!).  That way you can gauge their reaction to your simple requests.  Then you can escalate them and encourage your spouse to offer their own.

If you’ve been faking orgasms, or even just pleasure, just so your spouse will feel like they’re a good lover, then asking for something different might be difficult. Your spouse might wonder what changed, or why you no longer like what they’re doing.

My advice: Be honest.  Yes, it might hurt initially, and it might cause some uncomfortable conflict.  But, in the end, your marriage will be better for it.  You cannot grow in intimacy while you are deceiving your spouse.  Even if it’s with the best of intentions.  Explain why you started exaggerating your pleasure.  Was it because you were afraid of what they would think if you didn’t enjoy it?  Were you trying to make them feel more confident?  Explain the “why”, not as an excuse, but as a reason.  It doesn’t make it okay, but it does help them understand where you’re coming from.

Yes, there is a risk, but there’s a greater potential reward to be had.

3. You don’t know what you want

This is particularly common for the low drive spouse, which, more often than not, is the wife.  If you have little or no drive then you probably have not spent much time thinking about the possibilities.  You’re also less likely to explore or ask your spouse to explore during sex.

It could also just be that you’re newly married and don’t yet know what feels good and what doesn’t.  Or, you might have grown up being told that it doesn’t matter if it feels good, or worse, that if it feels good, then you’re sinning in some way.  Christianity has often done a very bad job of equating physical pleasure to sin.

Or, for the women, you could be pregnant, or post-partum and suddenly what used to work doesn’t anymore, but you haven’t figured out what does work now.  It could also be you’re getting older, and your hormone levels are changing, which affects what feels good and how much stimulation you need.

There’s nothing wrong with not knowing.  It just means you get to do some exploring.  But, you have to give your spouse permission to explore, and that might mean asking them just to try anything they want, within reason.

But, if you do that, you can’t get upset if they try something you don’t like.  Doesn’t mean you have to accept what they want to try, but don’t get mad, unless it’s something that clearly they shouldn’t be asking for.

You could also play the “this or that” game.  Basically, your spouse tries two different types of stimulation, and you choose which you like better.  It’s an easy way of giving feedback while exploring new feelings.

4. You just can’t get it out in the moment

Sometimes you do know what you want, but in the moment, all those ideas go out of your head.   Despite fantasizing and planning it, when the opportunity comes up, you draw a blank.  This could be due to fear, or it could be simply that your brain is distracted and can’t think straight.

If you’re freezing due to fear, frustration, confusion, or anything else like that.  Take a moment to explore those feelings.  Why are they coming up?  If you simply just forget in the moment, then write them down when they are top of mind.  Send your spouse a sexy message saying what you want them to do to you later on.  That way they can help remind you.

5. You think you shouldn’t have to say it out loud

Unfortunately, a lot of people think their spouses should be mind-readers.  This is quite exceptional since they themselves don’t have that talent.  But, it’s a human failing.  We think that because we should treat others as we want to be treated, that that means that they automatically know how we want to be treated.

Of course, this is far from the truth.  We each have our own opinions, preferences, beliefs and desires.  We can not expect anyone to be able to assume what we want, even our spouse.

Speak up!  You know sex is better when you give some sort of sign of what you like and don’t like.  Take it a step further and verbalize your desires.

6. You think talking during sex is unromantic

I don’t mean “talking dirty“, but rather the logistics of sex.  Saying things like “a little to the left” or “would you mind trying more of an anchor and drag movement rather than rubbing?” might not be the sexiest talk if delivered in a clinical or reproachful tone.

If you’re having trouble with this, check out our Introduction to Talking Dirty.

So, there you go.  6 reasons why you might not be asking for what you want.  Which one fits you?  Did I miss any? 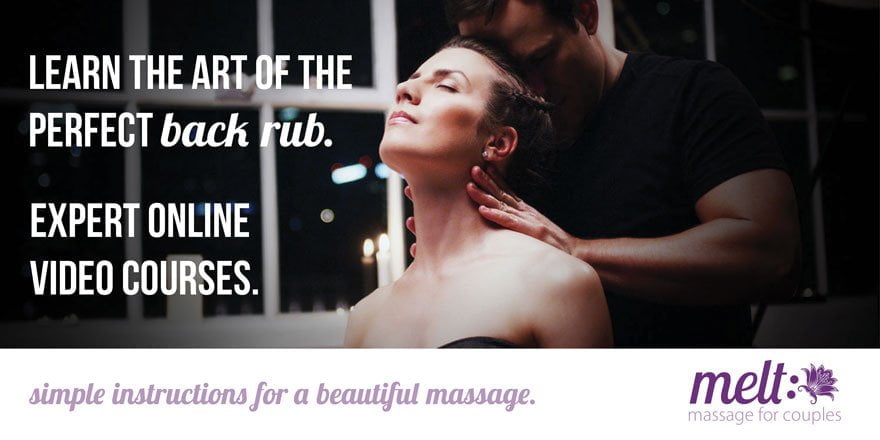 What if I had married someone else?
>

It’s that time of year again!

Looking for a Christmas gift for your spouse that shows you make intimacy a priority? This Advent calendar is perfect for the season.
Get it now

Close Now
Black Friday Deal Round-Up - up to 50% off Check out the deals!