What if I had married someone else?

What if I had married someone else?

Many of us play the “What if” game and don’t realize how dangerous is it can be. I have at least three readers who are going to think I’m writing this post for them based on questions they’ve asked recently.  The truth is, I had 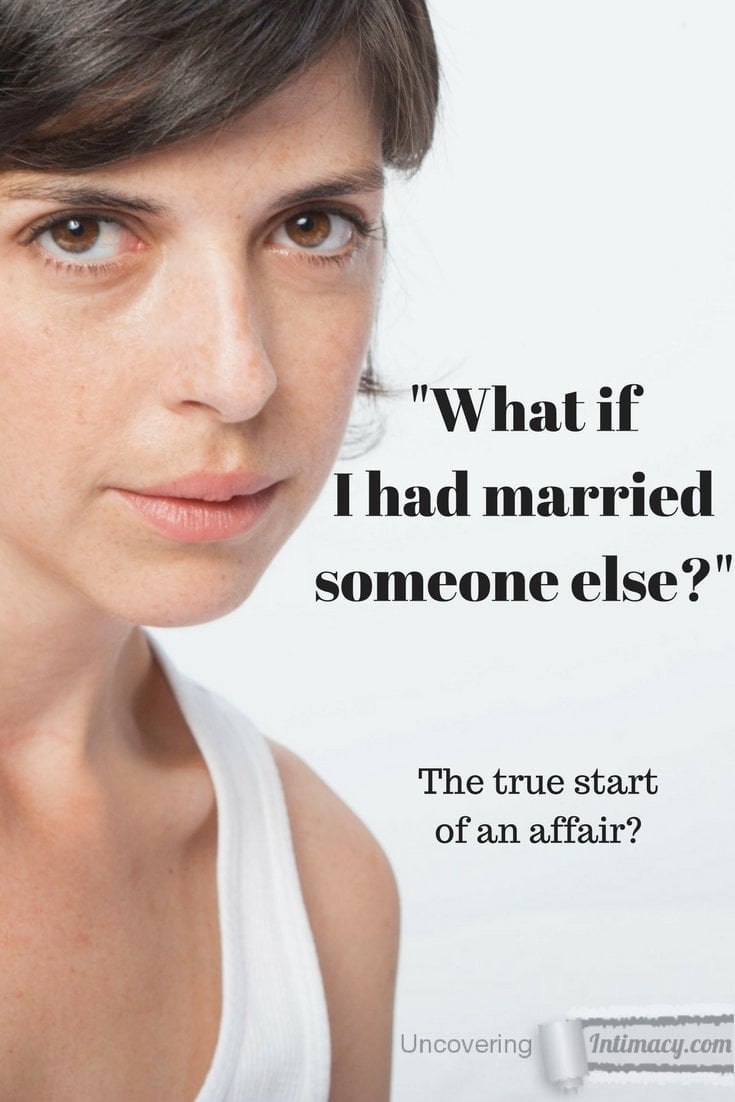 Many of us play the “What if” game and don’t realize how dangerous is it can be.

I have at least three readers who are going to think I’m writing this post for them based on questions they’ve asked recently.  The truth is, I had decided to write on this topic before either of them had reached out to me.  Nevertheless, I hope it answers their questions.

Now, the fleeting thought of these questions isn’t an issue.  After all, they’re questions that could easily pop into your mind, especially during a difficult period, or a conflict.

What matters is what your reaction is to this.  The reaction can be positive, or negative.

1. Negative responses to the “what if” game

A negative response is anything that entertains the idea that you might be happier with someone else.  It is any sort of continued thought or attention given to negatively comparing your spouse with other potential options, real or imagined.

So, while it’s not a problem to have the question “I wonder what it would be like if I married someone else”, it is a problem when you take the next step of “I bet they wouldn’t yell at me as much” or “I wonder if they’d be more emotionally available” or “They can’t possibly be as sexually repressed as my spouse”.

It’s this second step that starts you down the road of comparing your spouse to other options, whether it’s another person, a fantasy, a friend, or friend’s spouse, or even “freedom” from marriage.  This continued attention to these proposed possibilities starts teaching your mind that there are better options out there.  Your brain starts looking for reasons to support this theory.  You start cataloguing your spouse’s negative behaviours, or lack of positive behaviours, and you grow less and less content with your spouse as the current reality.

This is where affairs are born.  Not when you sleep with someone, not when you kiss them.  Not when you start having secret meetings, or inappropriate conversations.  It’s not even when you start thinking about them more than your spouse.  It’s when you decide to entertain the idea that there’s a better potential option for you.  At that point, you’re already taken your first steps to cheating, divorce or just checking out.  Either way, that’s a dangerous place to be.

There are people who have affairs who said they never would and believed it, who don’t believe in divorce who end up getting one, who want to be involved that eventually just talk themselves out of being interactive with their family.  It happens all the time.  So, how do you prevent this?

2. Positive responses to the “what if” game 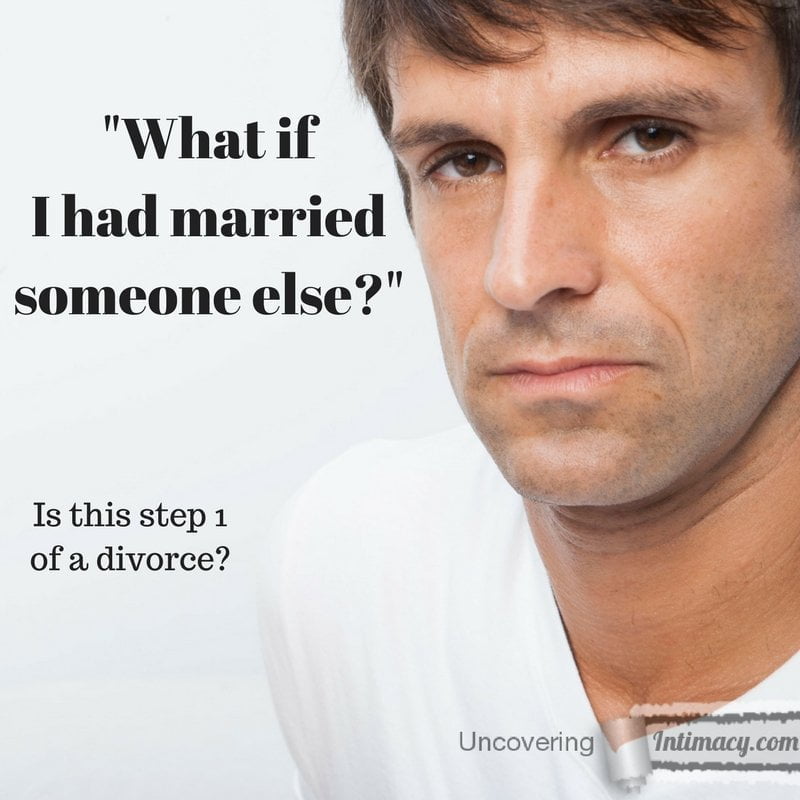 If the question of “what it” might pop into your head, how do you deal with it?  What if you’ve already been entertaining it for a while?

The answer is to change the response.

Now, that’s progressively harder to do the longer you’ve been entertaining negative responses, but it’s always possible, even if difficult.

I know people who constantly deride their spouse.  They don’t believe in divorce or affairs, but they can barely open their mouth without saying something negative about their spouse.  If you bring up marriage, you can guarantee their response will be something about how they wish they weren’t married.  If you mention their spouse, they will let you know just how awful a person they are.  Those are the worst cases. When they can’t even filter what they’re saying anymore in public.

But there are more spouses who just think it instead of verbalizing it.

So, how do you stop?  Find one positive thing about your spouse per day.  Every day try to find something good about them.  The next day, try to find another.  Try to build a habit of looking for the positive.

When you think “I wonder what it would be like to be married to them”, think of something positive in your relationship.  Dig into the past if you need to.  Think if your children, if you have them.  Whatever the case, you can always find something positive that happened.  Then build on that tomorrow.  Find another item of positive response.

Keep up the habit and make that your default response.  You’ll be amazed at how your brain changes.  Because it will start to look for the positive in your spouse.  Your outlook on your marriage will gradually shift to be more positive, and in most cases, your spouse will respond.

Even if they don’t, well, at least you’ll be more content. 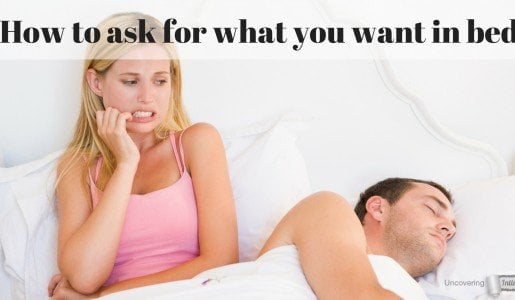 <
How to ask for what you want in bed

3 thoughts on “What if I had married someone else?”