Why you don’t feel God’s presence in your life

Why you don’t feel God’s presence in your life

People say some interesting things regarding God’s presence.  I’ve heard two different people remark, after participating in the same church service: Wow, God was really present today, that worship service was so uplifting. And You could tell God just wasn’t with us today.  The worship

Wow, God was really present today, that worship service was so uplifting.

You could tell God just wasn’t with us today.  The worship was so uninspiring.

We also hear people pray that “God will fill this place with His presence”.  But is that something we should be praying for?  Does God come and go from our churches?  How about our houses, or our bedrooms and bathrooms for that matter?

God is everywhere and every-when

We serve an omnipresent God.  That is, He is always present.  He’s not more present at some times and less than others.  He’s not here one day and gone the next.  God doesn’t “stop by” your church while you’re having services.  He doesn’t suddenly pay attention when you say “Our Father in heaven” like some genie.

For where two or three are gathered in my name, there am I among them. – Matthew 18:20

What happens in those instances?  If God doesn’t suddenly appear, then how do we make sense of verses that seem to suggest He does?

God doesn’t change – our awareness of Him does

You will seek me and find me, when you seek me with all your heart. – Jeremiah 29:13

God doesn’t come and go, but rather our awareness and focus on Him waxes and wanes.  Those times when we feel God’s presence are not when He is nearer, but rather when we notice that He is there.

We may feel Him more strongly during church services because we are in a setting that predisposes us to thing about Him.  That turns out attention to Him and makes us aware of His ever present glory.

Sometimes God wants to get our attention

I won’t deny that there are times when God really seems to be just really there.  However, I still believe that it’s not God who changes in terms of His presence, but rather that He just makes a little more noise.

Sometimes it’s a lot more noise, and fancy fireworks.  Sometimes He needs to make sure we’re going to pay attention.

And suddenly there came from heaven a sound like a mighty rushing wind, and it filled the entire house where they were sitting. And divided tongues as of fire appeared to them and rested on each one of them. And they were all filled with the Holy Spirit and began to speak in other tongues as the Spirit gave them utterance. – Acts 2:4

We mistakenly believe that God has suddenly showed up to give us His power, but the truth is, that power is always there.  Like the outlets in our houses, ready to be tapped into for His glory.  The problem is, like the outlets in our house, we know they’re there.  We just don’t think about them regularly.  We look for an outlet when we need it.  When we need something powered.  When we decide it’s an appropriate time and we need some extra help.

We pray and boom, God “shows up”.  Power on demand.  Often we treat God more like an outlet than our Lord and Master.  He wants to give us that power all the time.  The problem is, we don’t see it.  We don’t think we need it.  We don’t think it’s appropriate.  Or we would rather just do it on our own.

Or, for many of us, we just don’t feel like doing that kind of work right now.  A little like deciding we won’t want to vacuum right now.  So, the outlet sits there.  Unlimited power that keeps the universe in motion.  Stuck in an outlet because we can’t be bothered to tap into it.  Don’t get me wrong, it’s not that God is powerless without us.  Rather, I believe God limits Himself because He prefers to work through us, and to allow us free will.

So, when you don’t feel that God is present in your life.  Look around and notice how many outlets there are in your house.  God’s even closer than that.  All the time.  We don’t need to invite him nearer.  We need to realize He’s already there.

What if you still don’t feel His presence?

Chances are you don’t want to feel His presence.  I’ve unfortunately seen this time and time again, even in my own life.  People want to want God. That’s not a typo.  Read it again.  People want to want God. That’s not the same as actually wanting Him to be there.  If you realize He’s there all the time, well, then you might need to change.  That’s an uncomfortable thought.  It’s easier to say “I don’t feel God’s presence” than to say “I don’t want to feel God’s presence, because I don’t want to change.” 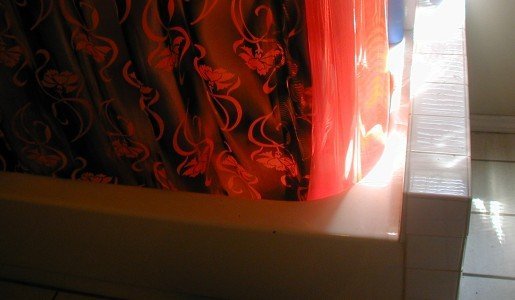