Are you willing to hold people accountable to their vows?

Are you willing to hold people accountable to their vows?

I was talking with a friend this week about a variety of subjects, and in the course of our discussing, I said that I think we, as Christians, are failing in our duties to our fellow believers, particularly when it comes to marriages. We, in 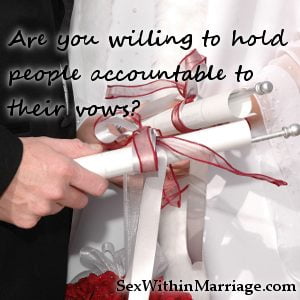 I was talking with a friend this week about a variety of subjects, and in the course of our discussing, I said that I think we, as Christians, are failing in our duties to our fellow believers, particularly when it comes to marriages.

We, in the marriage blogging community, often complain that marriage isn’t taught much from the pulpit, that pastors are too scared to preach about sex, despite the Bible saying so much about it.  It’s easy to point fingers at others, sometimes especially our pastors.  To assign them a portion of the blame for marriages that are failing to thrive, or just plain failing.

But what about our own responsibility?

When you got married, many, if not most, probably did it in a church, or perhaps outside, but likely officiated by a pastor.  But guaranteed you all had witnesses to your marriage.  In most countries this is a legal requirement.  Most of you probably had way more than the legal requirement of two witnesses, probably dozens of witnesses.  And you in turn have probably witnessed more weddings than you can count.

Yet, how many of us live up to the role of that witnessing?  In many marriage ceremonies, the witnesses, or the congregation, promises to help lead and guide this new couple, offering their support and experience in their new lives together.  But, even without that, the Bible teaches us that we are accountable to our brothers (and I’m extrapolating to include sisters) in Christ, and that we in turn need to hold them accountable. We see verses like:

Iron sharpens iron, and one man sharpens another. – Proverbs 27:17

That together we are sharper, if we’re willing to be sharpened.

Brothers, if anyone is caught in any transgression, you who are spiritual should restore him in a spirit of gentleness. Keep watch on yourself, lest you too be tempted. Bear one another’s burdens, and so fulfill the law of Christ. – Galatians 6:1-2

That we have a duty to help lead those who are struggling to life a Christ-like life.

“If your brother sins against you, go and tell him his fault, between you and him alone. If he listens to you, you have gained your brother. But if he does not listen, take one or two others along with you, that every charge may be established by the evidence of two or three witnesses. If he refuses to listen to them, tell it to the church. And if he refuses to listen even to the church, let him be to you as a Gentile and a tax collector. – Matthew 18:15-17

That we should not avoid conflict, but rather tackle it head on, to hold fellow believers accountable.

Therefore, confess your sins to one another and pray for one another, that you may be healed. The prayer of a righteous person has great power as it is working. – James 5:16

That we should be sharing our struggles with one another so that we can pray together and offer help.

My brothers, if anyone among you wanders from the truth and someone brings him back, let him know that whoever brings back a sinner from his wandering will save his soul from death and will cover a multitude of sins. – James 5:19-20

That we should be on the lookout for those who need our help, those who are wandering from the truth they have proclaimed in the past.

Let the word of Christ dwell in you richly, teaching and admonishing one another in all wisdom, singing psalms and hymns and spiritual songs, with thankfulness in your hearts to God. – Colossians 3:16

Not to forget to admonish (warn or reprimand) each other even as we continue to teach.

But we’ve gotten away from this truth in our churches.  We teach, we evangelize, we support, we’re kind … but we don’t rebuke, admonish, or correct.  We fail in our roles at witnesses to each other’s marriages.  When you see a husband being unloving to his wife, do you take him aside and correct him?  When you see a wife being disrespectful to her husband, do you rebuke her?  When we hear a marriage is having some trouble, do we meet with them, or just sit back and say “Aww, that’s a shame, they seemed to happy.”

A few months ago, our local church had to deal with a matter regarding church discipline.  Four individuals were removed from membership for failure to abide by the principles they had agreed to live by, and, by having membership in our church, had asked us, their brothers and sisters in Christ, to hold them accountable to.  Unfortunately, they no longer wished to be held accountable.  This was a very rare event with the vast majority of our members never having voted on a removal of membership before.  It was a difficult time for all of us.

But, it got me thinking.  Why don’t we do this more often?  No, not remove people from membership, but hold them accountable.  There are so many verses, only a few I listed above, telling us that it is our duty to do so, but it’s rarely seen or even heard of.

I think it’s because everyone is afraid of holding people accountable anymore.  They’re afraid of what people will think of them.  That they’ll think we are judging them.  But it is possible to hold people accountable without judging them, it’s possible to rebuke with compassion.  That’s half my job as a marriage and life coach, holding people accountable to what they said they wanted to do.  It’s amazing to see how far my clients progress with just a bit of accountability.  They have life changing experiences and these should be happening constantly in our churches, because we should all be holding each other accountable.  But they aren’t.

We’ve lost this skill, we’ve ignored this responsibility, and in so doing, we’ve failed our brothers and sisters.  When they break their vows and we fail to rebuke them, we’re just as guilty, because we’ve failed to uphold the vow we made by standing witness.

Do you live up to your role of being a witness for the marriages around you?  I know I don’t.  But, I’m going to start trying.  Yeah, I might lose some people I thought were friends, but I might save some marriages.  Seems like a good trade to me. 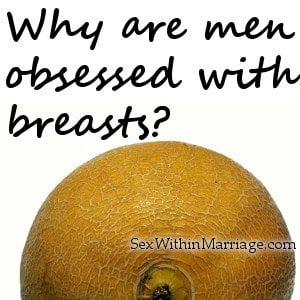 <
Why are men obsessed with breasts? 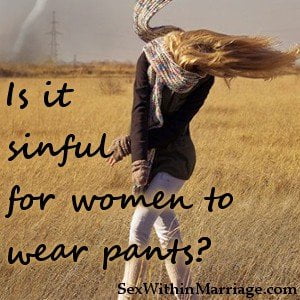 Is it sinful for a woman to wear pants?
>

14 thoughts on “Are you willing to hold people accountable to their vows?”