Should you have joint bank accounts as a couple?

Should you have joint bank accounts as a couple?

My youngest sister recently got married. One of the questions she asked in the first few days was if they should have joint accounts at the bank. Decades ago it wouldn’t even have been a question.  It was just something you did.  These days,

My youngest sister recently got married. One of the questions she asked in the first few days was if they should have joint accounts at the bank.

Decades ago it wouldn’t even have been a question.  It was just something you did.  These days, more than a third of married couples are keeping separate bank accounts.  Sometimes it’s because they got married later in life, and it just seems like too much of hassle.  You have to move your accounts, contact the banks and get your new spouse added.  Plus you might have to change your spending habits.

For others, they simply want their autonomy.  They don’t like the idea of their spouse being able to keep tabs on their spending.  Or they don’t want their spouse having a say in how they manage their money.  They prefer to keep it as “my money” and “their money”.  They split the bills and that’s that.

The scariest cases are when the couple says “If we get divorced, it will be easier because we’ll still have our own accounts”.

Our family was unanimous in their advice that joint accounts are a must for couples.  Here are some reasons why:

Having separate accounts sends a clear message.  “I don’t trust you with my stuff.”  That’s dangerous, because as married couples, we shouldn’t have “my stuff”.  It should all be “our stuff”.  When couples make statements like “I want to have my own money”, to me, that’s a clear indication that they are not wholly invested in the marriage.  Some part of them is holding back.

Those couples who say they want to be sure to keep accounts separate in case of divorce worry me the most.  It means they are already planning for a separation as a real possibility.  I think couples should go into marriage with the idea that divorce is not an option. Studies show that couples who never consider divorce an option are more likely to stay together.  They find other ways to sort out their conflicts.

Getting rid of your separate accounts is like burning the ships when you land in a new place.  There’s no going back.  You’re here to stay.

With joint accounts, all money is pooled.  There’s less worrying about whether one account has enough money. There are no awkward conversations asking your spouse to transfer money to your account.

With separate accounts, in the unfortunate case of injury, you may also have trouble.  If your mortgage comes out of your spouse’s account, and they are incapacitated, they may not to be able to grant access.

In the case of death, this is even worse, as banks often freeze a deceased person’s assets until you deliver a probated will.  This means that if your spouse is responsible for the mortgage, you may not be able to pay it for months.

Finally, having joint accounts makes it harder to hide things, and this builds trust.  When you don’t have the ability to have secret transactions, it makes it harder to spend money without discussing it. This is another part of material intimacy.

In our house, we have a rule.  We discuss all large purchases.  When you know your spouse has acccess to your account, it’s easier to stick with that agreement, because eventually you will be found out.

And when I’m going through our finances every week and I see a large payment for something, I can ask the question “What is this?”  I know my wife won’t get upset, because even if it was a surprise expense, I know she believes it to be important. After all, she knows I’ll see it eventually.  That lets us have conversations about money and finances much easier, and without feeling accused.  Instead we can simply discuss the facts and what we need to adjust in our budget.

Joint accounts are a good idea

Joint accounts foster intimacy, trust and make good logistical sense. In short, I can’t find any good reason to keep separate accounts. It would be like keeping separate houses, or bedrooms in my mind.  Married life should be a shared life, not one designed to keep things separate.  Relationships drift apart without continuous effort.  Joining your material possessions gives yet another tie to help hold you together.

What do you think?  Should couples have joint accounts, or is this becoming old fashioned in today’s world?

<
Fantasy has a different context than reality 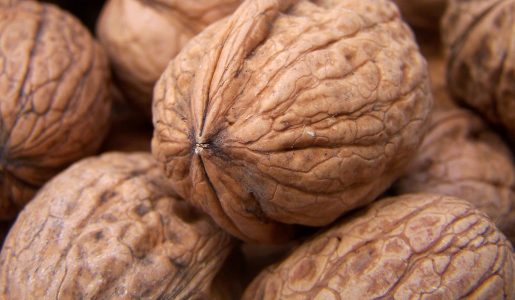 17 thoughts on “Should you have joint bank accounts as a couple?”