Most, if not all of you, have been in a conversation where you or your spouse start a sentence with either “You never … ” or You always …”.  These absolute accusations should never be used in conflict and here’s why: 1. It’s not fair fighting 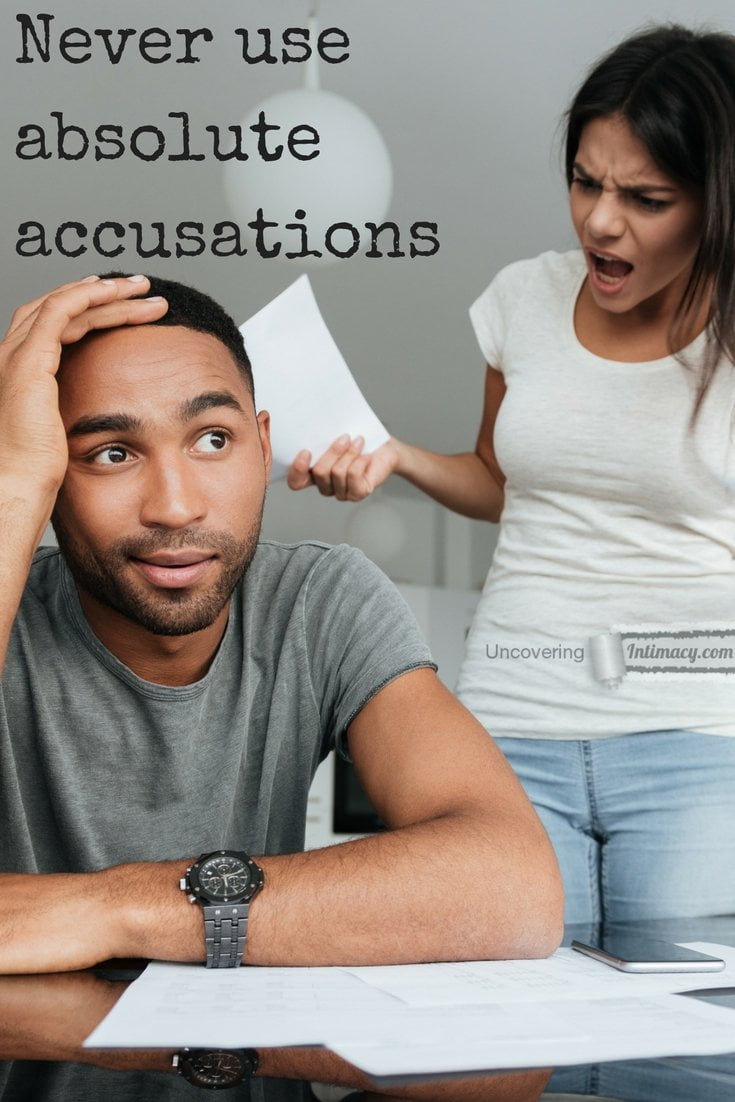 Most, if not all of you, have been in a conversation where you or your spouse start a sentence with either “You never … ” or You always …”.  These absolute accusations should never be used in conflict and here’s why:

Using an absolute accusation is dirty fighting.  Because while it’s rarely true that someone always or never does something, it’s impossible to defend without seeming petty.

When we tell our kids “You never put your laundry in the hamper” (which we shouldn’t do, but it happens), the next responses is always “Yes, I did do it once!” to which our responses is usually something like “Do you really think the one time outweighs all the others?”

Of course, we’ve set them up for that, it’s our own fault.  We started the conversation poorly and so it led to this eventuality.  Don’t set yourselves up for failure.  Start the conversation properly.  Use your “I” statements.  Something like “It bothers me when you don’t put your laundry in the hamper because …”.  I know, there isn’t an actual “I” in that statement, but it still counts.

2. It ignores any positives

Right off the bad, when you use an absolute accusation, it demeans your spouse.  You are basically saying that any times they did or didn’t do the thing you are saying they never or always do didn’t count.  Did that make sense?  I hope so.

You send a clear message that not only are you keeping score but that you’re only keeping score of their mistakes.  How depressing would that be to hear?  Some spouses feel they can do nothing right in the relationship, and frankly, if they’re hearing “never” and “always”, it’s pretty understandable how they would get to that point.

At the core of this behaviour is the feeling of contempt.  One of John Gottman‘s four horsemen of the marriage apocalypse.  In fact, he says it’s the worst one.  Contempt is the feeling that you are better than your spouse. That you are more valuable, or more important.

When you say “you always” or “you never”, really you are trying to put them in their place.  Squash them down so they will obey.  You might do it from a positive of power, or play the victim and use manipulation to try and make them feel horrible about themselves.  Either way, it’s the same basic tactic.  Teach them that you are better than they are.

A marriage with this kind of dynamic cannot survive.  Yes, it may continue, but it will die inside.

Stop using the words never and always in your conflicts.  It’s lazy communication if not outright cruel.  Take the time to say what you actually mean.  You’ll avoid the traps of contempt and petty arguing as well as potentially actually see some change.  Use “I statements” and tackle it together as a team, rather than trying to squash your spouse in a power struggle. 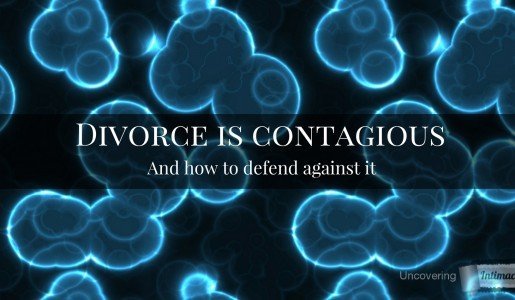 2 thoughts on “Never use absolute accusations”