Anyone else feel like Father’s Day sort of sneaked up on them? I mean, Mother’s Day seems to have a lot of ads, I feel like there was lots of warning.  But Father’s Day?​  I mean, I get flyers to the hardware store to buy power

Anyone else feel like Father’s Day sort of sneaked up on them? I mean, Mother’s Day seems to have a lot of ads, I feel like there was lots of warning.  But Father’s Day?​  I mean, I get flyers to the hardware store to buy power tools, but that’s about it.

My mother actually texted me last Sunday to wish me a happy Father’s Day – she got the wrong Sunday – and  I had to ask my wife if it was Father’s Day, because I wasn’t sure!  Truth be told, Father’s Day isn’t a big deal. I think men have just sort of gotten used to that.

But, if you want to make Father’s Day something special for your husband, the father of your children (or fur-babies if that’s your family makeup), then here are a few ideas:

Really, they’re great for any occasion, but Father’s Day I think more than most.  Because what most father’s really want to Father’s Day is … well, more of the act that made them father’s.  Unfortunately, when you have kids, often what happens is a lot of the family resources get transferred from the father to the kids.  Time, affection, money, even sensuality.  Mother’s have this bond with their kids that they used to have only with their husbands.  They can look at them for hours, they want to touch them, be around them, they get enmeshed in their lives more than father’s tend to.  And so a lot of that attention, meeting the need for connection gets transferred from the husband to the children.

I recently read this article by Esther Perel about a couple Stephanie and Warren with their son Jake:

Which brings me to another point. Stephanie gets tremendous physical pleasure from her children. Let me be perfectly clear here: she knows the difference between adult sexuality and the sensuousness of caring for small children. She, like most mothers, would never dream of seeking sexual gratification from her children. But, in a sense, a certain replacement has occurred. The sensuality that women experience with their children is, in some ways, much more in keeping with female sexuality in general. Female eroticism is diffuse, not localized in the genitals but distributed throughout the body, mind, and senses. It is tactile and auditory, linked to smell, skin, and contact; arousal is often more subjective than physical, and desire arises on a lattice of emotion.

In the physicality between mother and child lies a multitude of sensuous experiences. We caress their silky skin, we kiss, we cradle, we rock. We nibble their toes, they touch our faces, we lick their fingers, let them bite us when they’re teething. This blissful fusion bears a striking resemblance to the physical connection between lovers. In fact, when Stephanie describes the early rapture of her relationship with Warren—lingering gazes, weekends in bed, baby talk, toe-nibbling—the echoes are unmistakable. When she says, “At the end of the day, I have nothing left to give,” I believe her. But I also have come to believe that, at the end of the day, there may be nothing more she needs.

I think a lot of husbands want to feel needed again – needed to fulfill that role of providing sensuality, of play.

There’s also a quote in that article saying that having kids in marriage is like running a daycare with someone you used to date.  Don’t get me wrong, the kids are important, they need attention – but so does your husband – and you need his attention!  Adults should have adult play time, not just kid play time.  It’s important for you, for your spouse, and for your kids.  One of the best things you can give to your children is a set of parents that still have sex.  Because if you don’t, what you’re giving them is a lot of hangups and baggage for their own marriage. But it’s not just about them, or your husband – it’s about you too. God made women to be sexual creates as well, and North American society has spent a lot of time trying to desexualize mothers against God’s design. Don’t let them take away this God-given part of your creation.

Sorry, that sort of turned into a rant.  The point is, if you’ve been letting things slide lately, if you’ve been more enmeshed in your kid’s emotions than your husband’s, if you’re calendar is all about them, and none about him or you two together, if you want to reclaim that sexual part of your relationship – check out our Sexy Coupons – they’re a great way to show him that not only does he still matter, but that you are giving him attention – literally by handing promises to him for that attention.  And don’t worry, you can go through them first and pull out any you aren’t comfortable with.  I don’t suggest handing him the entire printable – unless you like the idea of giving him a year’s worth of coupons for sex … I mean, that’s a way to go too.

If you have absolutely no money to spend

This is a suggestion I made last year about a fun – and free – gift that he’ll likely appreciate.

Here’s what you do. Get one of his old ties. One he never wears anymore. Put in a box with a note that says “I never see you wear this tie anymore. I thought we could re-purpose it tonight as a blindfold, or use it to tie me up. Your choice.”

You just need to print it, find a tie and a box. The box doesn’t even really matter to be honest. The note doesn’t either. If you’re really scrambling for time, just grab a tie and hand it to him, then tell him the plan, and watch the confused look turn into a smile.

I’ve found what most father’s want for Father’s Day is to celebrate the act that made them fathers in the first place.

Unless you’re new to Uncovering Intimacy, you know about these.  They’re an absolutely amazing online video course to teach you how to give a sensual massage.  Even if the massage doesn’t lead to sex, this is still a great way to learn how to pamper your husband – yes, they like to be pampered as well – especially by a loving wife.

You can learn to do everything from quick 5-minute head, hand and foot massages to full 30-minute back, neck and shoulder massages.

Either get the course to learn how to give him a massage, or get it to trade massages and learn a new activity together – either way, it’s a great gift.

So, there are a few options. Happy Father’s Day all! I hope it’s a great weekend.

<
What do couples do when one wants sex and the other doesn't? 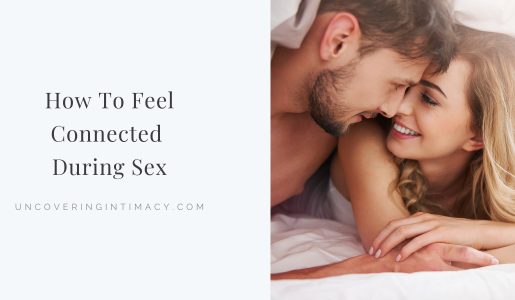