Book Review – Awaken Love: The Truth About Sex that will Transform Your Marriage

Book Review – Awaken Love: The Truth About Sex that will Transform Your Marriage

Being a marriage and sex blogger/podcaster/coach sort of ruins you for books on the topic.  Not that we’ve learned everything.  It’s just that, well, everything has been discussed before.  Often we’ll have to read an entire book to pick up one or two new tidbits. 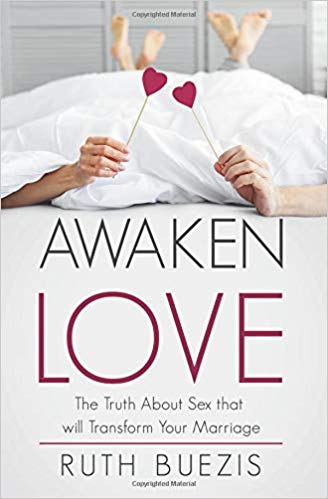 Being a marriage and sex blogger/podcaster/coach sort of ruins you for books on the topic.  Not that we’ve learned everything.  It’s just that, well, everything has been discussed before.  Often we’ll have to read an entire book to pick up one or two new tidbits.   That’s not surprising, as most authors aren’t writing for those who have spent the last half a decade studying the topic. We’re writing for those who just woke up and said “wow, I need to start working on my marriage”.

As well, we have ridiculously high expectations for books.  At least, I know I do.  I mean, when you have done enough personal reading, writing and research to equate to a master’s degree or higher on the subject, it’s hard to pick up a book written for the layperson.  You can’t help but with every page think “Oh, you should have mentioned this.  Why didn’t you go into more depth there?  I don’t think she knows about this stat…”

And yet, I still love reading books on marriage.  Because while I know I’m going to have to read the entire book for that one tidbit, and that it’s going to be a bit frustrating, the truth is, I like to see people producing work who not only get it, but they’re trying to show it to others.  I also like finding different resources for people who may be stuck in a specific thought pattern, so they can read a book more catered to what they’re dealing with, rather than a book on a wider subject, when they really are only struggling with one aspect of it.

So, when Ruth Beuzis contacted me back in September asking me if I’d read her first, self-published, book titled Awaken-Love: The Truth About Sex that will Transform Your Marriage, I of course said, “Yes, I’d love to!”

Then she asked later if my wife could read it too … that’s where I got a bit suspicious.  More on that in a second.

What is the book about?

If I had to answer the question “What is the book about?” in a single sentence, understanding that it would be a gross oversimplification, I’d say it was “That God made sex for women, too.”  It’s well-written, authentic and transparent.  I actually quite enjoyed reading it, which is awesome, because some books I have to slog through.  While it took me a while for me to find time to finish the book, when I did pick it up, I tended to read it for long sessions.  Once I started, I didn’t want to put it down.  The tone of the book is very inviting and just makes you want to continue.

However, the subject matter is clearly written for women in particular.  As a guy, you feel a bit like an outsider eavesdropping on a private conversation.  Now, while that might feel sort of naughty and sexy, to be honest, it just made me feel a little out of place.

Don’t get me wrong, I think it’s a great book to read for many husbands.  Some of you should read this book to understand what many women think, feel and go through when considering all things sex-related.  For me, well, I’ve spent untold hours hearing it from coaching clients, people emailing me, and conversations with my own wife, so while there were some tidbits here and there, a lot of it was rehashing what I already knew.  Thankfully it was well written, so it wasn’t burdensome in the least.

My only real complaint about the book is one that I struggle with most books I review: It reiterates the same stereotype I’ve been fighting on my blog for a while now.  The author accepts the assumption that by default, men want sex and women don’t.  The entire book is designed to help women understand that they should want sex too!  Given that it’s the purpose of the book, the viewpoint is understandable.  But every once in a while, it still rubs me the wrong way when there’s a statement made, or some other allusion to how all men want sex.

As well, the last section was a bit frustrating to me.  Ruth touched on some of my favourite subjects like arousal non-concordance, responsive desire, letting men lead, and some other important subjects, but only just touched on them, often dedicating only a page or less.  Topics that, to me, need a lot more time to impart the importance required.  But then, those are some of my favourite topics, and so of course, I want more time spent on them.

Is this a book for you?

If you are a wife, and the sexual pursuer, don’t buy this book.  It will upset you.  The base assumption that men want sex and women generally don’t will just make you angry.  Save yourself the trouble.

However, if, instead, you are a wife the sexual responder in your marriage, I highly recommend Awaken Love, it was literally written for you.  Likewise, if you’re the husband of one such wife, it may offer some valuable insights into your wife. 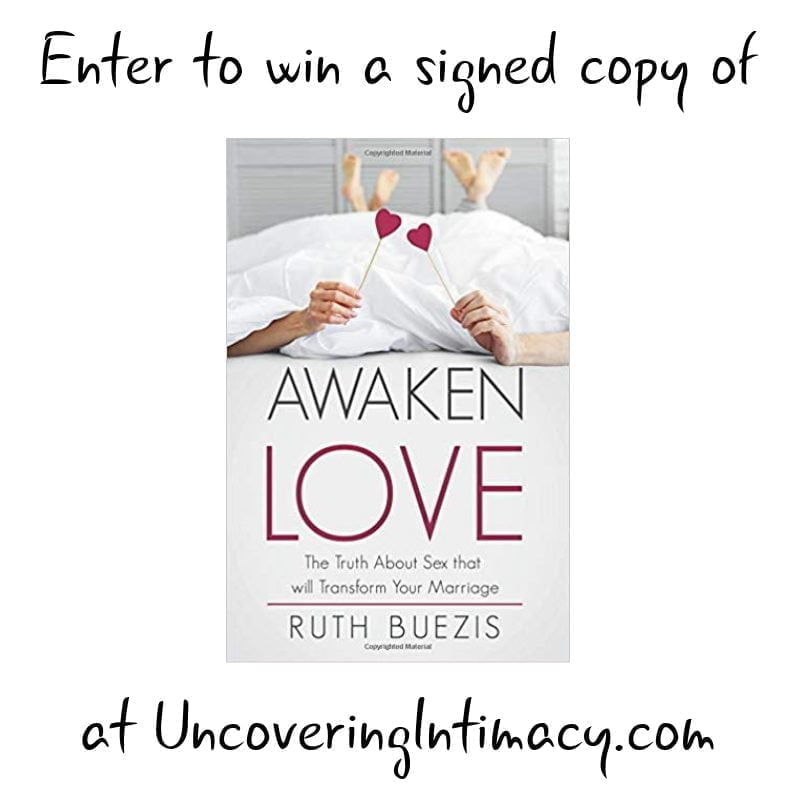 Lastly, I wanted to share something I got out of Awaken Love.  At one point Ruth addressed the question, “How often should we have sex?”  During the discussion on the topic was where I found my favourite tidbit from this book:

When we understand God’s design for sex, doesn’t the answer to “How often should we have sex?” become, “How intimate do you want your marriage to be?”

That statement so wonderfully reflects my own thoughts and views on the subject that, frankly, I’m a little jealous I didn’t write it.  It’s perfect.

Now, if you want to read how she got to that point, well, you’ll just have to buy the book.  Of course, you can pick it up at Amazon for Kindle or paperback, or where-ever else you buy books.

Or, you could just enter our giveaway here, because Ruth has been kind enough to offer a signed copy to one of our readers.  All you have to do is enter.  Want more entries?  Share the giveaway with someone and if they enter, you get an extra ballot. 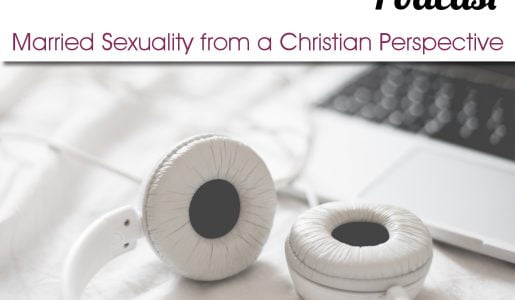 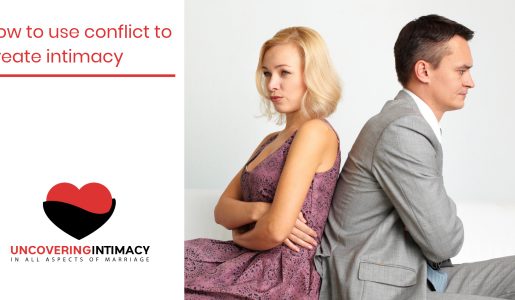 How to use conflict to create intimacy
>

6 thoughts on “Book Review – Awaken Love: The Truth About Sex that will Transform Your Marriage”