An update on what’s going on at SWM

An update on what’s going on at SWM

Well, we’ve been busy at SexWithinMarriage.com.  I know, it doesn’t always look like it, because I haven’t been writing as many posts, and I’m sorry for that. I thought I’d write a quick post just to let you know what’s going on, because, honestly, I’m 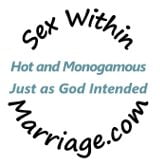 Well, we’ve been busy at SexWithinMarriage.com.  I know, it doesn’t always look like it, because I haven’t been writing as many posts, and I’m sorry for that.

I thought I’d write a quick post just to let you know what’s going on, because, honestly, I’m terrible as self-promotion, so I tend to just do stuff and then no-one knows it’s available.  So, I’m forcing myself to sit down and tell you about all the things I’ve been working on.

As most of you know, this year I put together two books.  They are really collections of articles geared towards giving a new reader a “jump start” on the blog.  It helps them get up to speed faster, rather than wading through the 180 (!) posts we have on the blog.  I was selling them on Amazon, on the kindle platform, but I just released them in PDF format in our own store that I never really announced.  So, if you’re new to the blog, you can check them out.  Or, if you want to buy one as a wedding present for a young couple, or a 1 year anniversary gift, I think they could solve some issues in a marriage before they become too big.

But, I also wrote a devotional this year.  No, sorry, it’s not on sexuality in the Bible (though that is a future project), it’s actually on forgiveness.  More specifically: to help those who are having trouble feeling forgiven by God.  I know this happens a lot, and in this community, it’s often linked to sexual sex (though the devotional isn’t limited to sexual sins).  I wrote it to help a coaching client, and he loved it so much, I decided to make it available to others who might be having the same struggles.  It’s also available in the store, or on Amazon.

And if you’re wondering why my store prices are less than Amazon, it’s because there’s much less overhead involved.  The downside is that it’s not in your kindle library.  Although, some may consider that a plus, particularly if you share your library with your children.

As some of our female readers might know (at least those on the mailing list who have updated their profile), I’ve started creating a course called Becoming more Sexually Engaged.  I’ve been noticing, since Google now started sharing demographics (specifically gender) in my analytics, that I have a lot of female readers.  Actually, believe it or not, I have more female readers than male, not by much, but still.  They’re less active (men tend to fill out more surveys and are more likely to subscribe, and give information), but they’re reading, and sometimes they email me.  More and more I’m getting emails from wives saying they understand the importance of sex in a marriage, but they don’t know how to improve it.  They don’t know how to become more engaged, or they don’t know what their husband wants from them.  So, I started writing this course, to help those, who are interested, learn how to be more sexually engaged with their husband.

I have a pilot group of 6 wives going through the course now, helping me find spelling errors, testing the technology, and stuff like that.  I’m hoping in another month or two they’ll be finished their evaluation, and if it goes as well as it has been, it will be available sometime in the fall.  It’s basically a series of units, which are work at your own pace, followed by challenges in each module to complete in your marriage.  There’s also a forum for the wives to encourage and support each other, moderated supported by my wife.  I also plan to create a workbook using the same material, for those who prefer to work through the material on their own instead of participating in a class.

I’m also planning to do either a course, or a series of workshops for men, teaching them how to be more assertive and initiate sex with more confidence.  I get a lot of requests for material like this, from both husband’s and their wives (on behalf of their husbands).

This past Friday, I redesigned the home page a bit.  Now that we’ve been around for three and half years (!), I’m starting to get a lot of anonymous questions that I’ve already answered before.  I was struggling with how to deal with those.  Mostly I’ve been hoping they actually use the search bar and find the post.  But, I’m realizing that’s not happening.  So, I’m going to try and answer every single question, even if it’s been answered before.  Starting with tomorrow.  And, now on the homepage, I’ve broken up the lists of posts, so one will just show Anonymous Questions that are answered, so if you ask one, you can look there for the next few days and hopefully see your answer.  I’m hoping that will help more people, even if it means repeating myself.  If I get a bunch in a day, or a few days, I might group them together in a “this week’s questions” post.  I haven’t quite decided yet.

I’ve been working on a chat room for a while, and we’ve had two successful open room chats in the last month or two.  The first was just a simple test of the chat software with no topic, but the second, we talked about God’s purposes for sex for about an hour and half or more.  We had a blast.  I plan to host more of these, and am hoping to nail down a schedule, with the topics pre-selected.  So, be on the lookout for those, or if you have chat room topic ideas, let me know.

I’ve created a closed Facebook Group (we’ve since closed it in favor of our forum).  I started getting more and more people saying they’d love to comment on Facebook about the posts, but they weren’t comfortable with their parents, siblings and friends (or pastors) seeing what they’ve written.  So, I created a closed group. Anyone can join, just request access.  It doesn’t announce your group membership (unless someone specifically goes looking), and no one can see what you write in the group, unless they are also in the group.

Lastly, just because it’s cool.  We just hit 1,500 Facebook “Likes” and 1,400 people on our mailing list.  If you aren’t on one or the other, frankly, you’re missing out on some stuff that doesn’t get posted to the blog, because it doesn’t warrant a blog post.  Also, we passed our 1.5 million views milestone a bit ago.  We’re definitely going to have to do something to celebrate these, I just haven’t figured out what yet.

So, that’s what’s going on around here.  It’s a lot more than I realized once I wrote it all down.  Moving forward, I’m hoping to get back into the swing of writing posts regularly (lately I’ve been writing course material most of the time, but that’s almost done), and we’ll find new ways to continue to help the members in our community.