A little while ago, I wrote a post on how to have a conversation, because, well, we don’t get taught that in school, or growing up any longer.  At least, not if most people’s behaviour is any indication. Today I thought I’d write a post 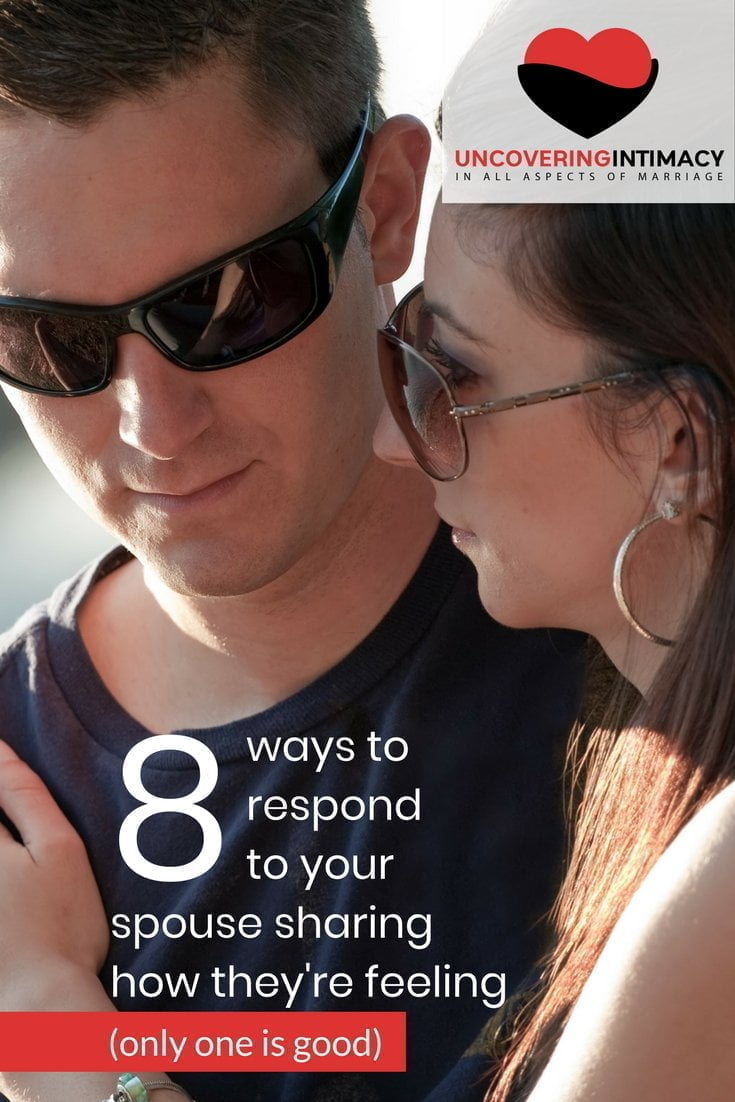 A little while ago, I wrote a post on how to have a conversation, because, well, we don’t get taught that in school, or growing up any longer.  At least, not if most people’s behaviour is any indication.

Today I thought I’d write a post about how to listen when your spouse is sharing how they’re feeling.  This is for those deeper conversations.  Not exchanging logistical information like dates and times, but when our spouse, is sharing something like how stressed their day made them, or something that happened to them that made them angry.

Now, there are eight standard responses that people have when someone is sharing with them.  I got the list from a book I’m reading called “How to talk when so kids will listen, and listen so kids will talk“, but this is applicable to conversations with people of all ages.  So, I hope they will help you in your marriage.

We don’t often do this with adults, it’s more common when dealing with children.  But it can still happen in adult conversations.  This is when someone tells you they feel a certain way, and you say “no you don’t”, or “well, that can’t be true”.  For example:

First person: My boss is a jerk, I hate him!
Second person: Hate is a very strong word.  I’m sure you’re just angry right now.

Child: I don’t like my sister!
Parent: Yes you do, you love her.

When we do this, of course, we mean to help by redirecting their feelings into something more positive, but what we’re actually doing is telling them they don’t have a right to feel that way or making them question what it is their feeling.  While children, this is particularly dangerous because they’re still trying to learn how to describe their feelings, and what is safe to share and what isn’t.

Regardless of the age though, shutting someone down like this teaches them that you are not a safe person to share with.

This happens a lot in Christianity I find.  Someone will share their grief about something that happened, and we answer with “God will use even bad things for His glory”, and it’s true… but not usually what they need to hear right now.  What they hear is that their feelings don’t really matter, because God’s plan is more important.  To someone who is hurting, that’s not kind or loving.  There is a time and a place for that discussion, but it’s not while their wound is fresh.

Men tend to be really bad at doing this. I know I am.  Ever had this conversation?

Wife: … so my friend cancelled at the last minute and didn’t take all the planning I did into consideration at all.  She’s so unthoughtful.
Husband: Well, I think you should call her right now and explain exactly what repercussions her actions have.  Then call some other friends and see if they can take her place.

Look, advice can be helpful when it’s wanted.  But, this is too early in the conversation to start giving it, unless they explicitly ask “what should I do?”  Advice, in particular, shouldn’t be given unless asked for, or until you have asked a lot of questions so that you understand the context, the perspective of the person you’re listening to, and ascertaining if they actually want advice.  Even then, you should probably ask first.

Sometimes when someone shares with us, we want to understand a little too much, and we start interrogating them:

Person 1: I was crossing the street, minding my own business, and this person honked at me.  It was so annoying!
Person 2: Well, where were you crossing?  Was it at an intersection with lights?  Was the light green?  Did you check to make sure they saw you?

5. Defense of the other person

I’ll admit, I think I tend to do this.  My intent is to show the other person’s perspective, which is helpful, but it should be the first response.

When you defend the other party as your initial reaction, the feeling the person you are talking to gets is that they are being ganged up on.  That not only are you not supporting them but that you are attacking them along with the other person who gets them.  Of course, this encourages them not to seek your support in the future.

Sometimes when we think we are being kind, we’re actually showing pity.

Oh, you poor thing.  That’s just awful. I’d die if that happened to me.

The sense that you give off is that you aren’t sure they can handle it.  That they must be in a weakened state and aren’t able to care for themselves.  Or that you are happier that you aren’t in their shoes than actually empathetic to their situation.

Noone likes to feel pitied.  It’s demeaning and makes you feel small.  Of course, when we do this we damage the chances of them opening up to us again. 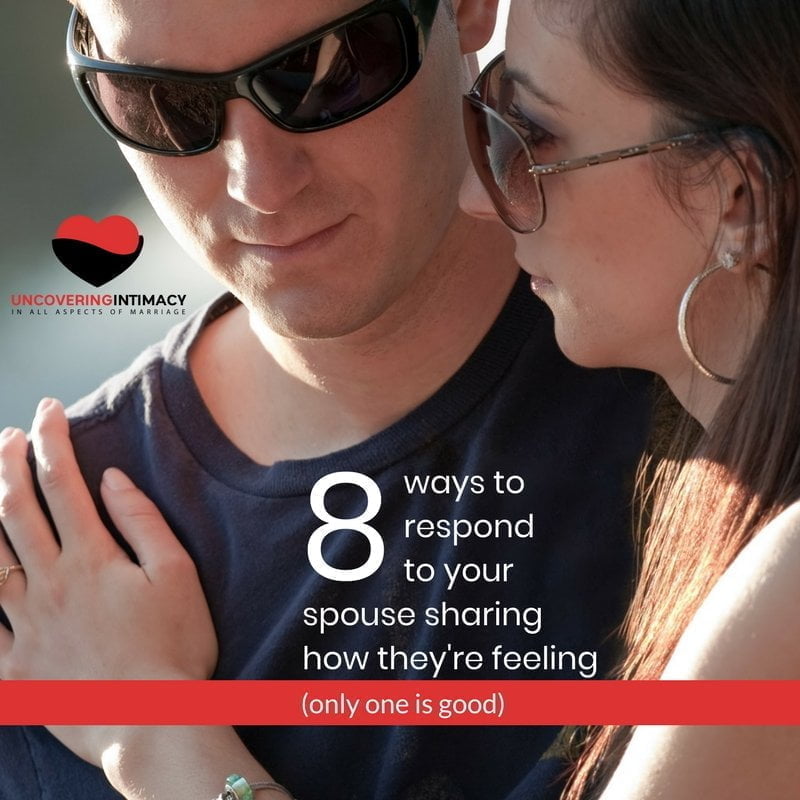 This is similar to giving advice, but with a bit of a twist.  The amateur psychology path happens when you try to analyze the psychological factors involved in the hurtful transaction.

I think you have a fear of failure as well as a fear of intimacy, and so you’re self-sabotaging your relationship with them so that you don’t have to get close or get hurt.  As such you’re anticipating attacks and are taking everything personally even when it’s not.

First off, most of us aren’t trained psychologists, and even if we are, this isn’t a good first response.  Often people do it simply to try and show how smart they are.  I’ve learned in my coaching practice that looking at the why is often far less important than looking forward.  Our minds are often too complex to easily figure out why we do something let alone why someone else does something.  Most of the time it’s more effective to figure out “what am I going to do moving forward?”. But even that needs to wait until after this next option.

All the others have been leading to this.  This is what people generally want when they come you to with a struggle.  They want to feel heard.  Even more than that, they want to feel understood and that their feelings are valid.

And feelings can’t be invalid. Feelings are feelings.  Yes, sometimes we confuse our feelings, for example, “I don’t feel in love with them anymore.” Usually means something more like “I’m not feeling loved by them” or “I don’t feel excited by them anymore”.  But the feeling itself, regardless of the name we give it, is genuine.

But these questions should show that you want to understand how they feel rather than judging them.  We all want to feel accepted and loved.  After that, usually, we’re willing to ask for, or listen to, advice or other perspectives.  But without that necessary bridge, our attempts to help may feel hostile.

How do you react to your spouse’s sharing? Do you need to adjust your responses? If they’ve stopped sharing with you, you might need to apologize and ask for another chance.

<
The dishes can wait - How to make sex a priority

Why it's important to talk about sex
>