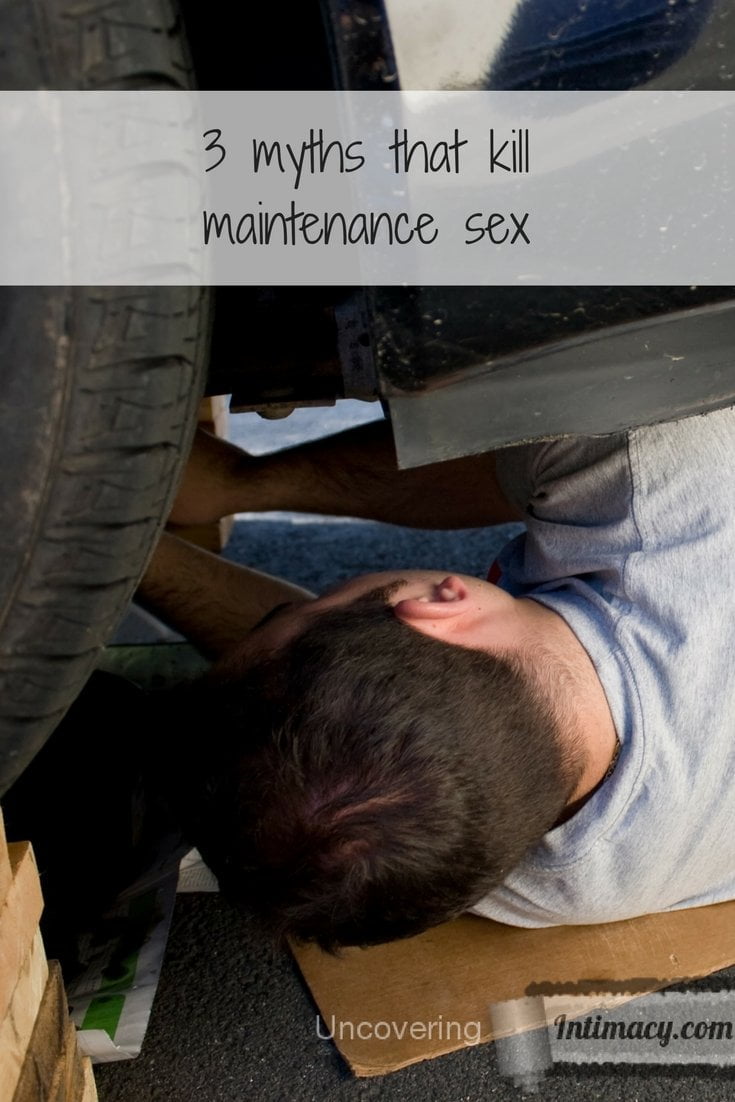 Life can get busy and occasionally you just have to have sex, because that’s what the relationship needs.  I think some people don’t like that idea.  They don’t like the idea of having sex just because they should.

I think there is a time and place for maintenance sex, if you can get over the conditioning of these three myths:

1. Sex always has to be romantic

Don’t get me wrong, I think sex should always be loving, but it doesn’t always need to be romantic.  There’s nothing wrong with a quickie just because you need to reconnect in some meaningful way again.

I don’t even think there’s anything wrong with having sex just because you have an itch to scratch, as it were, or pressure to relieve.  Why not?  It’s still a shared experience and something you can use to grow closer together.

2. Sex always has to be spontaneous

We’ve been taught, explicitly or implicitly, that that sex should happen when both spouses are suddenly in the mood.  The problem is that most women and some men are rarely, if ever, spontaneously in the mood for sex.

Most of them experience reactive arousal far more often than spontaneous arousal.  Considering that women, particularly those who have been married for a decade or more, are likely to never feel spontaneous arousal, this myth creates a lot of sexless marriages.  It’s not always the women either.  There are many men who rarely, if ever, feel spontaneously aroused.  We’re taught that men always want sex, but that’s not true either.

So, the idea that sex should always be spontaneous is not only ludicrous, it’s also very damaging.  There is absolutely nothing wrong with lying in bed thinking “It’s been a while since we’ve had sex, maybe we should try tonight.”

Because just as sex leads to more sex, a lack of sex leads to even less sex.  If you just wait until you’re “in the mood”, then chances are, you’ll be in the mood less and less.

Sometimes sex is … just sex.   That’s not quite true.  I mean sex is never “just sex”, whether you’re married or not.  There’s always all this other “stuff”.  What I mean is that you’re not trying anything new, you’re not focused on extending the pleasure, you’re just … well, trying to get an orgasm.

Have you bought into any of these myths?  Are they getting in the way of maintenance sex that could be sustaining your marriage through difficult times?

Are you the gatekeeper of sex?
>