Why is sex better when my spouse is drunk?

Why is sex better when my spouse is drunk?

Here’s a question I know quite a few people struggle with.  I know I have in the past.  To be honest, the idea is still a bit tempting even though we don’t drink anymore. I often like to get my wife drunk so we can

Here’s a question I know quite a few people struggle with.  I know I have in the past.  To be honest, the idea is still a bit tempting even though we don’t drink anymore.

1. Why does alcohol help your spouse have better sex?

Our sexual response systems in the brain are governed by a few mechanisms.  One of these houses our sexual inhibitors.  These are the things that tend to get in the way of us having sex.

For some, it’s just general stress, and stress increases cortisol which negates dopamine, which is needed for arousal.

It could also be things like open loops that you have in your head: things like chores that aren’t complete, tasks you need to remember to do tomorrow, or next week, or even next year.

For others, these inhibitors might be triggered by bad teachings regarding sex.  This tends to happen a lot in Christian households.  We’re taught that sex is sinful, dirty, that you shouldn’t have it, want it, need it, desire it.  “Good girls don’t” and “Good guys don’t ask”.

A history of sexual abuse, or any kind of abuse by a loved one can also cause huge confusion in the brain as it’s trying to reconcile the physical feelings of good attention with mental feelings of shame, disgust and pain.

I talked about all of these a bit more in our last post, Why is initiating sex so difficult?

The point is, all these things act as sexual inhibitors, hitting the brakes on our sexual arousal, even if we feel desire.  It’s our brain’s way of saying, “Hey, this isn’t a good time to have sex!  Look at what’s going on around you!”  I think God built this into us, so that whether you live in the city and have a deadline you need to meet, or you grew up in a jungle and are being chased by a panther, you don’t stop to have sex when your livelihood is in danger.

The problem is that we have created artificial stressors and trained this mechanism inappropriately.  An appointment next month shouldn’t interfere with sex now.  General stress is not putting you in immediate danger.  However, most of us haven’t learned how to set these things aside.

Likewise, abuse and bad teachings (which acts as a form of abuse), rewire this mechanism to make it send the wrong signals at the wrong time.  When our spouse is showing affection and desire for us, this part of the brain should be saying “Yeah, I’m not in danger, I don’t need to speak up now.”  Instead, it starts seeing the affection and desire as danger and sets the alarms off saying “Run! This is a bad time for sex!”  In short, this means there is no good time for sex.

Now, alcohol deadens this part of the brain.  It quiets the part that says “Hey, you have things to do!” or “Danger: someone is trying to have sex with you”.  It lowers your inhibitions, including you arousal inhibitors.  That’s why someone who is drunk is less particular about what they’re willing to do sexually.  The part of their brain that says “Oh … that doesn’t sound like a good idea.” is being muffled while the sexual exciter part of the brain isn’t, which means it gets a much louder voice.

So, using bondage as an example, the exciter part of the brain saying “Oh, that’s exciting.  I like giving up control, it makes me feel safe and cared for.  Plus, it’s a bit taboo, so that makes everything more arousing.”   Normally this is offset by one’s inhibitor saying “I don’t like losing control.  What would people think if they found out?  Only a bad person would want to do something like that.”  When drunk, they can barely hear the latter part, so they’re more willing to go with it.

2. What’s the problem with having sex while drunk?

The problem is, these mechanisms are there for a reason and you really shouldn’t be bypassing them.  I have an example of this in our life:

Our smoke detectors are a bit sensitive and our stove fan is loud.  As a result, often when we cook (especially with the stove, which probably needs to be cleaned), the smoke detector goes off.  It’s loud and annoying, so for months (years?) we just took them down.  It was easier than dealing with it going off while preparing every other meal.

What if we had a fire during that time?  We would have lost our protection.  Possibly our insurance as well.  We stopped doing that.

You don’t want to be bypassing mechanisms that God has put into our brain for a reason.

For example, if it’s bad teachings that are holding them back (I’m using this as a common example), then using alcohol to bypass that, rather than deal with the teachings themselves will make them look back at the sex session with shame.  Which means you’ve now added another stressor to the mix, another thing that is inhibiting their sexual arousal.  So, next time it will be even harder to overcome the negative voices saying sex in bad, sinful, dirty, etc..

They will also start to believe they can only have good sex while drunk, which becomes a self-fulfilling prophecy, because when they’re sober, they will think “Oh, this won’t be as good, because I’m not drunk.” which is yet another inhibitor.

These “alarms” are there for a reason.  It means something needs attention.  In our case, the smoke detector going off meant we should probably turn on the stove fan, or get a less sensitive fire alarm, or clean the oven. It did NOT mean take down the smoke detector.

Your spouse’s brain having inhibitions can mean you are doing something wrong, or something they’re not ready for yet.  It can also mean their detector is broken and needs to be fixed.  Or that something needs to be cleaned out from their past and dealt with.  It does NOT mean they need to shut down that part of their brain.

3. How do you have good sex while sober?

Here’s where I say “it depends”.  It depends on what their inhibitors are.  If it’s bad teachings about sex, then the bad teachings need to be replaced with truth.  Do a bible study together about healthy biblical sexuality.  We’ve done Intimacy Ignited in a small group and it was fantastic.  You can just do it with your spouse if a small group is too intimidating.

Another method would be talking about what you were taught growing up about sex.  Who were your role models?  What were the examples in your home?  For many of us, talking about sex wasn’t done, and so it was assumed it was bad, because, well, you don’t talk about bad things, right?  Others were explicitly told it was bad.

In the case of abuse, you likely need to see a therapist who can help you dig that stuff up, work through it, and find forgiveness for your offender and yourself. Many people feel guilt and shame regarding abuse.  I’m not saying it’s your fault.  Just that you need to get past that.  No small task.

And many of us need to deal with the chronic stress in our lives.  Some people find that journaling before bed helps clear their mind of all the open loops.  Likewise having a calendar where you can put everything rather than keeping it in your head helps.

In short, I don’t have a simple answer.  You need to figure out what their inhibitors are and deal with them appropriately.  Turn off the alarm by not having anything to be alarmed about.

It’s harder work than pouring a glass of alcohol, but it builds intimacy instead of saying “I’d rather take the easy way out and just have sex.”

So, why does your spouse have to drink in order to enjoy sex?

Because there are some things in their life they need to deal with and they’re avoiding it, consciously or not.  These things need to be dealt with in a healthy manner.  If you do, I promise sex can be even better, because it won’t just be a physical act with half of their brain shut down.  You’ll have all of them, integrated and healthy, and that’s far sexier if you ask me.

If you need help with this, check out our marriage coaching.  We can build a plan to deal with your inhibitors in a strategic way that will help build your marriage in all areas, not just sex. 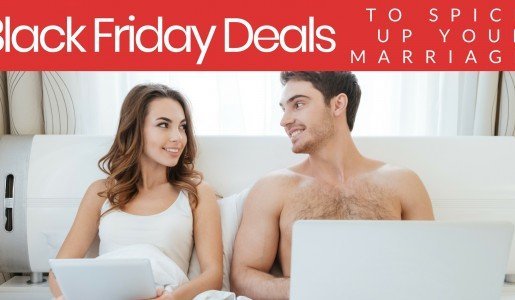 <
Black Friday deals to spice up your marriage!

Why is initiating sex so difficult?
>

10 thoughts on “Why is sex better when my spouse is drunk?”