How to resolve conflict more effectively

How to resolve conflict more effectively

A few posts ago, I wrote about How to Stop Fighting, and after thinking about, I decided I wanted to expand on that.  I realized that the answer is simple: the talk more.  But, that in itself isn’t a full answer, because some people don’t 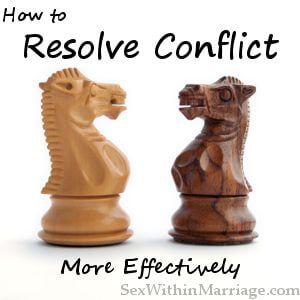 A few posts ago, I wrote about How to Stop Fighting, and after thinking about, I decided I wanted to expand on that.  I realized that the answer is simple: the talk more.  But, that in itself isn’t a full answer, because some people don’t have the skills to resolve conflict and talk effectively.  So, I’m going to go through some behaviors of ineffective communication so you will recognize them in your own marriage, then we’ll go through how to turn them around into effective communication behaviors to resolve conflict.

How not to resolve conflict

These are all behaviors my wife and I used to engage in during our first 8+ years of marriage, so if you do it, you are not alone!

When an argument starts about leaving your shoes in the middle of the entry way, and all of a sudden, the fact that you don’t turn the thermostat down when you leave comes up, and that you leave your underwear on the floor, and that one time you forgot to pay the hydro bill, and the time you bought that car that turned out to be a lemon, and your never home on time all comes into play.  It’s the behavior of bringing forth any and all possible arguments into the current argument.  Basically, everything including the kitchen-sink gets brought to bear as ammunition.  Of course, this means the argument isn’t really about the shoes, it’s about attacking your partner.

Do you find yourself summarizing what you just said over and over again in an argument?  Maybe you think if you just explained it one more time, your spouse would understand.  They just aren’t listening, but if you say it one more time you can get your point across.  I mean, what they’re saying, or their perspective doesn’t matter anyways, because what your saying is right, and if you can just get them to see it, they’d agree.  Of course, in this case, you aren’t having a conversation, you’re lecturing, even if they’re talking as well.

This is a complex way of saying “I know what you’re thinking”.  For example, have you ever said “Well, you only cleaned up the garbage so that I would stop nagging you!”  Or “You never buy me flowers because your cheap!”  Or “You only agreed to go to my parents this weekend so we would go to yours next weekend!”  Basically, you are telling your partner what their motives are and how they think.  Again, your really having a conversation with yourself at this time, because you’ve already assumed what they’re going to say and why.

Do you find this pattern n your fighting:  You say something like “You know, it really bothers me when you don’t put the cap back on the toothpaste.”  Immediately, your partner retaliates with “Well, you always leave the gas tank empty in the car when I have to drive next!”  Cross complaining is when an argument about one topic is met with an argument about nothing topic.  Of course, this isn’t really a discussion anymore, it’s a listing of grievances.

This is when you tell your spouse what they need to do, it has the assumption with it that they can’t figure it out on their own, and your right.  “What you need to do is go downstairs and start on the laundry!” or “What you should do is go down to the unemployment office and stand in line until you get a job.”, or “If I were you, I would stop my complaining and just go do it.”  Of course, this isn’t a discussion either.  This is similar to a adult telling a child what to do, or a manager telling a subordinate.  This is not conducive to a good relationship between spouses.

How to resolve conflict effectively

Of course, the simplest way to change these is to reverse them:

My wife and I used to fight all the time.  We used to always have the same arguments, and they would just go around and around in circles, never getting anywhere.  Somewhere a long the way, we picked up these skills without knowing we were doing it, and we started actually getting traction in our marriage and fixing our issues.  The different is like night and day.

Every marriage is going to have conflict, it’s inevitable.  But conflict isn’t a bad thing.  Conflict is good, and healthy.  It means you two are different, have different desires and opinions.  That’s what makes things interesting and exciting and causes you to grow.  But, these differences can either cause fights, or cause growth.  The biggest differentiation between the two is love.

If you can bring up an area of conflict while using humor, or expressing affection, or showing interest in your spouse (in how they act/feel, who they are), then research shows that you have a much higher chance of successfully managing that conflict.

Well, in a conflict-challenged couple, one might say “I’m not happy in with our relationship.”  Chances are, the spouse is going to respond negatively “Well, I’m not happy either!” But in conflict-effective marriages, the response might be “OK, let’s talk about how you’re feeling (neutral).” or even “Wow, well, I love you, and I know we can find a way to make it better, tell me how you feel (positive).”  As you can imagine, if you constantly have cycles of negative following negative, this can quickly lead to an unbearable relationship and divorce.  But, if you can turn it around and respond positively to negative statements, you can make changes and eventually be one of those couples everyone looks at and says “I wonder why they seem so happy?”  Or course, both spouses need to participate this effective behaviors to get there.  And why wouldn’t you?  Better conflict management usually (sorry, not always, no magic pills here) leads to a stronger bond, better emotional stability and more sex, so there’s something for everyone in it.

When you fight, do you use these negative behaviors?  Which ones?  Maybe send this to your spouse and say “WE do this, and I want US to stop.”  Change the cycle, and become the marriage you were hoping for when you got married. 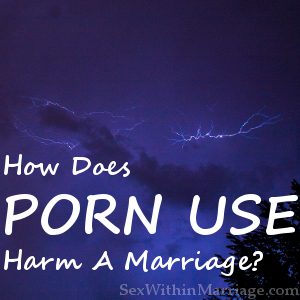 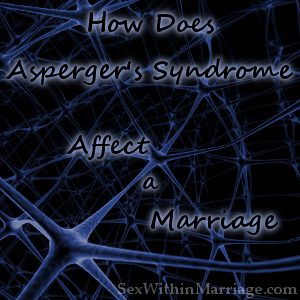 12 thoughts on “How to resolve conflict more effectively”