How does breast or penis size affect sex?

How does breast or penis size affect sex?

Curious about how breast and penis size affect sex according to our readers? Over 1100 of them responded to our survey. Here’s what they said.

Someone reminded me today that I completely forgot to post these results. So, sorry for the delay, but here they are! The analysis was actually done months ago, I just simply forgot to create a post. Thank you to all who filled out our survey on size, attractiveness and confidence.  We received over 1,100 responses!  Thank you also to everyone who left encouragement, praise and thanks in the comments for the survey.  I shared those with our supporters group as they help keep this ministry going, and they were very glad to read them.

Let’s get on with the data analysis though, shall we?

This is fairly typical.  While our readership is split about 50/50, men seem to be more willing to participate in surveys.  Women are more likely to comment though, so it’s not like they’re shy.

The age split was pretty typical for our surveys.  We had responses from 18 year olds all the way to 84 year olds.

For those who don’t know, bras are measured by 2 figures: band size and cup size.  I asked both men and women what they thought the average sizes were for both, and then the women what theirs were to get a representative average from our responses.

The perceived average bra size from the men’s perspective was 35, from the women, 36.  Of course, that wasn’t quite a fair question, as the women’s average as measured was 36, so they have first-hand knowledge.  Still, I think the men did pretty well considering they were only off by one.

For the distributions, I offer these charts:

I also asked the question “Have you considered breast augmentation or reduction surgery?”

Here are what the wives said:

And by cup size. So, this one is organized by rows. So, for those who have DD cup sized breasts, 4% don’t believe Christians should have surgery for this. 10% have had a breast reduction, 12% have had implants an some other augmentation, 6% have considered surgery, 8% are curious about it, 16% have considered it and 43% have no interest.

I blacked out the zeros just to make it a bit easier to read and the colours simply help highlight outliers in the data.  In the first chart, the percentages are by column, in the second by row, because I couldn’t decide which to pick.

For those who prefer words to numbers, those with C cups had the least interest in changing.  Likely because they’re considered “average”.  But, that doesn’t mean they aren’t curious, considering or seriously considering it.

As well there were a ton of comments ranging from “No serious-minded christian should ever consider such” to “The only thing that keeps me from getting implants is the cost”.  But there is this one I wanted to share:

My feelings about plastic surgery are conflicted. While it seems very disrespectful to our Heavenly Father to want to change one’s physical appearance, I completely understand how one’s self esteem and confidence can be changed positively. My breasts became grotesquely pendulous after breastfeeding babies, which happens to many women. I dreamed of having breast reduction surgery. My breasts caused back pain. I never could find a correctly fitting bra. The bra straps cut into my shoulders and hurt. And you don’t know pain until you’ve been impaled by the wire of an underwire bra! Then comes a diagnosis of very aggressive breast cancer. Because of cancer insurance paid for both my mastectomy, reconstruction of the amputated breast with an implant, and “surgery for symmetry” which allowed for breast reduction of the other breast.

There’s no place to put this, but I’d like to explain why I would like my breasts to be a little larger. My plastic surgeon never asked me what cup size I hoped to be after surgery. He made me a B cup, but I’m a big gal. I’ve enjoyed not having all that weight on my chest, but I think a C cup would be more flattering. So I’ve been working on losing weight so the new breasts won’t seem so small. Now, naked I like my breasts. The surgeon did an excellent job making new breasts for me. But he and I should have discussed size.

I just wanted to share it to point out that it’s a complicated issue.

Lastly, when we asked the husbands about their feelings towards their wife’s cup size, here’s how they answered:

Continuing on, about half the wives have no interest in changing.

When asking what they thought their husbands think about their breasts:

When we asked the men about their wife’s breasts, 75% of them said they like them the way they are, which I’m a little surprised at considering 95% of the wives said their husbands were happy with what they had. I think perhaps the gap is due to some husbands being perfectly fine with what their wife has … but if they magically changed somehow, that’s an appealing idea for them.  19% said they wished they were larger, and 5% said they wished they were smaller.

When we ask husbands and wives how their breast size affects sex, the most common response is: confidence.  When wives feel a lack of confidence about their breasts, it makes them more inhibited.  It’s that feeling about their own breasts that negatively impact sex more than whether or not their husband actually likes the breasts, which to re-iterate: most do.

Moving on to the men.

We asked about penis size in terms of length and width while erect.  Now, some people pointed out that I didn’t give proper measuring guidelines, but it’s my guess that by and large, most people measured the same way.

42% of the women and 62% of the men accurately guessed that the average penis length was between 5 and 6”. As for girth, both men and women’s guesses averaged at 2-3”, though the men tended to guess towards thicker.

For distributions of guesses, again, here are the charts:

I also asked about curve.  As you can see below, the largest group is simply “straight” followed by a slight upward curve and then a slight curve to the left for some reason.

When we asked if the curve affects sexual enjoyment, 79% of the wives said “no”, and 21% of the wives said “yes”.  However, going through the comments, that “yes” could be either in a positive way or a negative way, so it wasn’t a terribly effective question.

When we asked the wives “How do you feel about your husband’s penis length?”:

Of course, the next question is “well, at what size do they want it longer”?

Note: the wives are pretty happy with “average”.

On to girth. When we asked the wives:

Seems there may some truth to women preferring girth over length.  Still, most are happy with what their husband has.  Here are the numbers by thickness:

When asking the men the same question about themselves:

So, how does this affect confidence?  Well, 70% of the men said they felt confident about their size, 17% said they didn’t, and 12% said they weren’t sure.

Now, when we ask the wives if their husband is confident about his penis size, 82% said “yes” and 18% said “no”.  I guess the guys are better at faking bravado, because, remember, only about 50% seem to be happy with what they have.

Lastly, we asked some questions of our single readers as well.  It’s not a huge percentage of our readers.  About 3% are divorced, 3% engaged and 3% single.

We asked the women if they worried what their future husband might think of their breast size.  79% said “no”.  21% said “yes”.

What I found interesting during this survey was all the comments that said something to the affect of “I like my spouse just the way they are”, and how many wished they could change their own body because they were afraid their spouse didn’t like how they were.

Also, most of the answers to “does this affect your/their sexual enjoyment” said something about it affects their confidence and thus inhibits them.

In other words, I think we lose a lot of sexual energy, confidence and assertiveness worrying that our spouse doesn’t find us attractive, and ultimately I think it’s that lack of confidence that ends up hurting our attractiveness more than our actual physical features, both for husbands and wives.

That’s it for this survey.  If you’d like to see another survey in the future, comment below to let me know what topic you’d like to see explored, email me at jay@uncoveringintimacy.com or visit our Have A Question page to submit it anonymously. 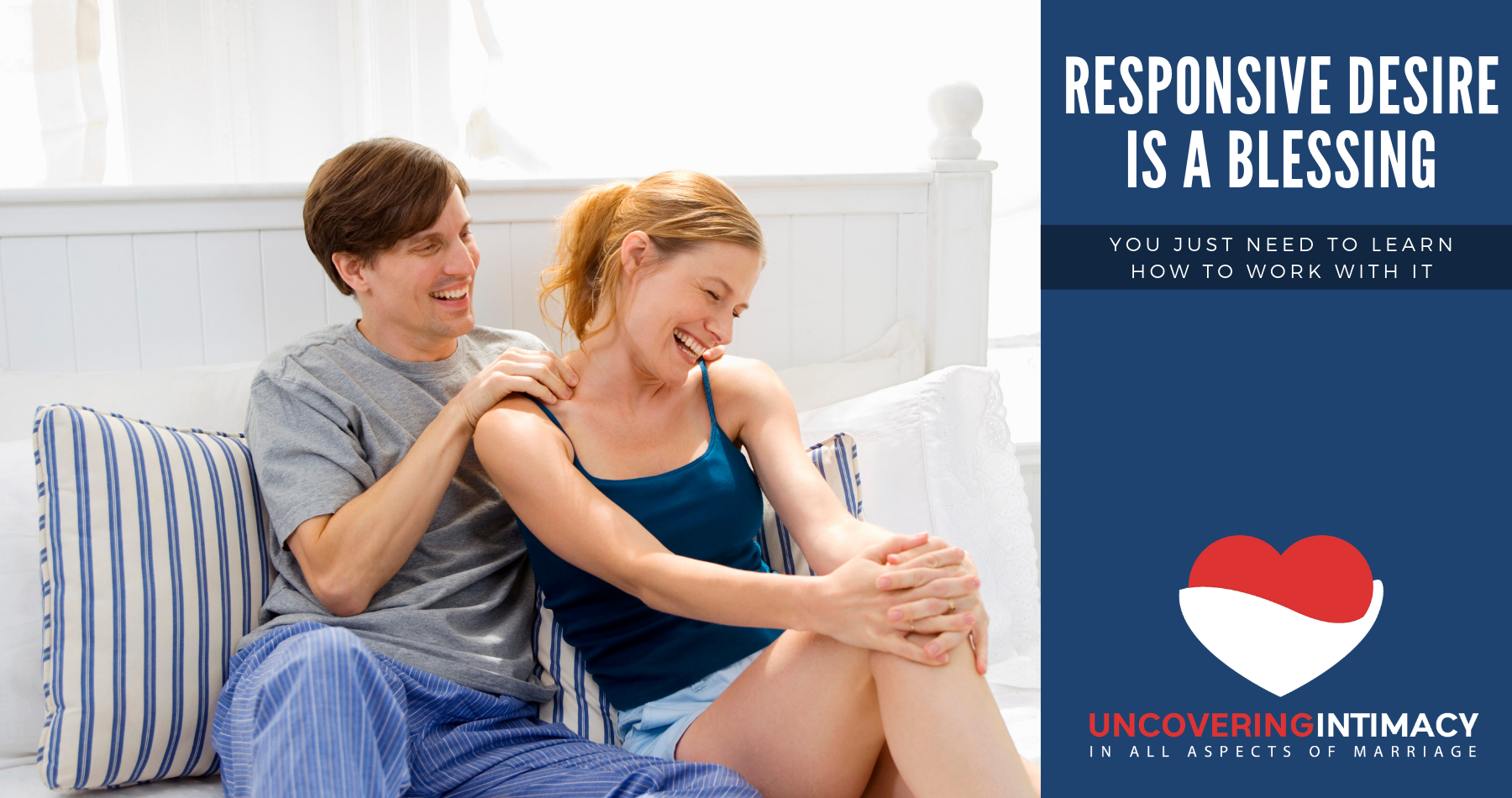 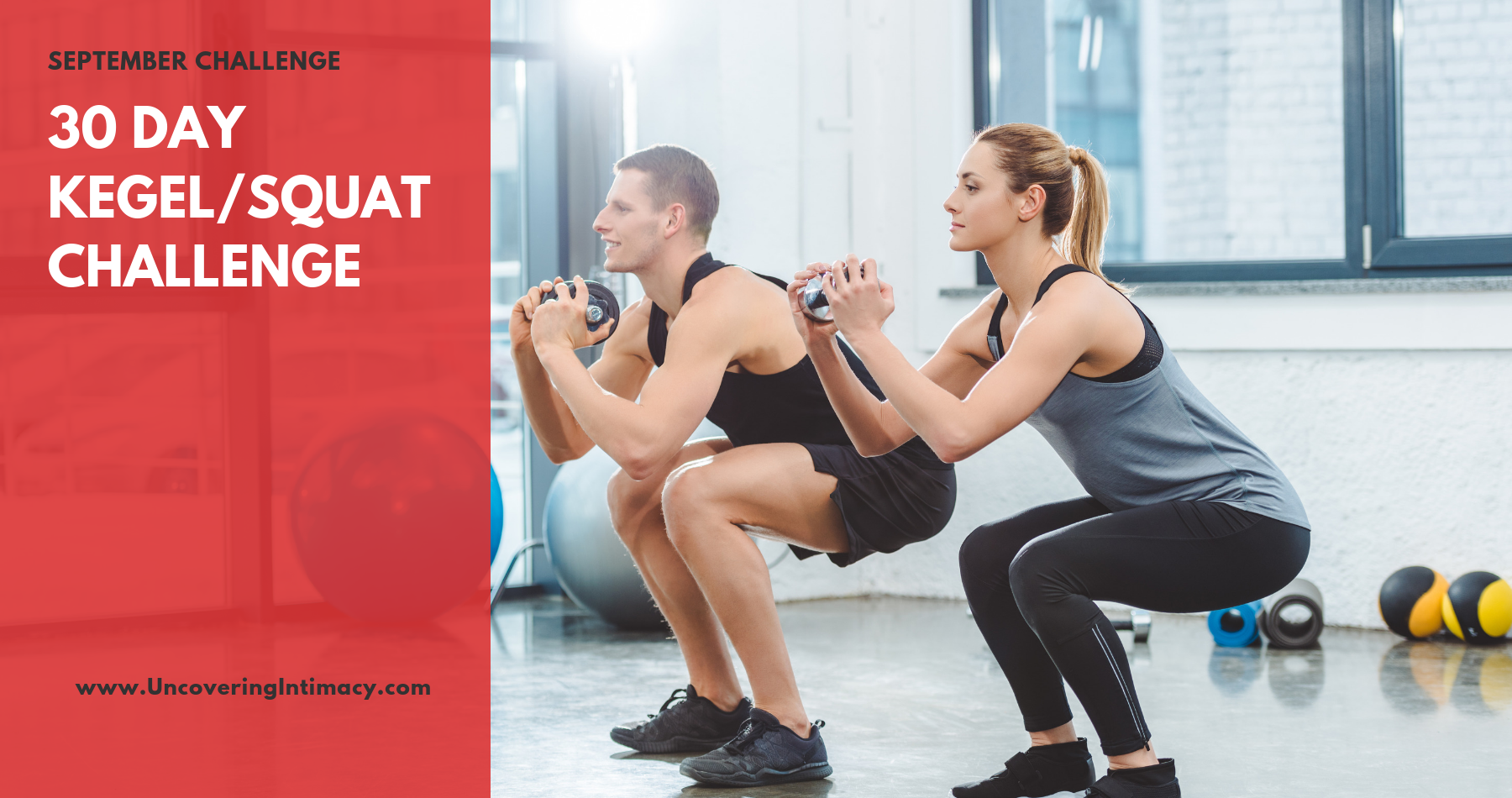 Have you taken our latest survey yet on what couples do when one spouse wants sex when another doesn't?Take the survey nowand get a 20% coupon.
+