I’ve been keeping a secret from you.  It wasn’t intentional…it just hasn’t really come up.  But we’re at about the half-way mark now, and if I don’t say anything…it’s going to start getting awkward I think.  We’re having another baby boy!  For those who aren’t 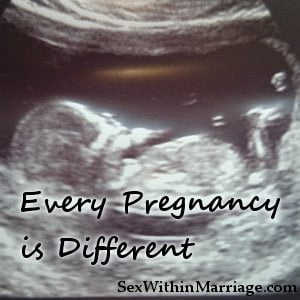 I’ve been keeping a secret from you.  It wasn’t intentional…it just hasn’t really come up.  But we’re at about the half-way mark now, and if I don’t say anything…it’s going to start getting awkward I think.  We’re having another baby boy!  For those who aren’t keeping count, this is #5.  I know, I know, we’re insane by cultural standards.  We’re way over our 2.1 quota, but we take Genesis 1:28 seriously…plus…we like sex…and as I’ve said before, I have an irrational fear of permanent birth control measures.  As such, the next few months may be a little bit more “pregnancy and birthing” themed than usual…because…well…it’s our blog, and that’s what we’re going through, and I think we may have a few things we can share, and I’m curious about other people’s experiences, so that means surveys about pregnancies most likely.

Having survived four previous pregnancies and planning to survive this (last?) one with our marriage not only intact, but still growing, I thought I’d share something I’ve learned.

Now, don’t get me wrong, there are similarities between pregnancies, quite a few in fact.  Tiredness is generally expected, morning sickness is fairly prevalent, aches, pains, shortness of breath are all part and parcel of the process, and generally the husband feels a little…unappreciated…during the entire process.  Your wife is focused on the new baby, your family and the community is focused on your wife and generally we’re sort of treated as a sperm donor and financial support.  I’ve learned to accept and understand this phenomenon, and Christina, my wife, is amazing at trying to balance this, but with new expecting fathers and inexperienced expecting mothers, it can be a bit depressing for the husband. I do wonder, I went on some anti-depressants about 6 months after the last baby was born and i’m still taking them through the pregnancy. I don’t know what kind of affect it has on how “hormonal” I’ve been.

Sorry, sort of got sidetracked there, but I feel bad for new husbands who don’t have the support and experience to balance the massive shift that this brings.

Back to the point: but there are some things that can change during every pregnancy, and I don’t think people are aware of this all the time.  I’ve heard too many young husbands say they dread their wife getting pregnant (as much as they want more children), because of the chaos the last pregnancy was.  I want you to know that there is no guarantee that this one will be the same.  I do feel bad for the past Jay who didn’t get shown the appreciation or given the attention he deserved in the first 2 pregnancies, it got a little better with the 3 and better again with the 4th, but those first 2 were at a rocky point in our lives and his needs got pushed to the back burner.

During pregnancy, hormones are going all over the place, some down, most of them up, and this leads to a lot of emotional…variety.  Moods can change by the trimester, by the week, by the day, the hour, or the minute (occasionally by the second).  And it’s not only because of hormones.  I find this … variety … to be more varied in new mothers, and I think it has to do with the additional strain of not really knowing what to expect when you’re expecting…despite having read the book.  Experienced mothers tend to be more stable, because, while pregnancy is still a strain, it’s a known factor.  My wife, now, will recognize that her shift in mood is not “normal” (by non-pregnancy standards) and works hard to counteract these swings.  Actually, she’s quite good at it.  I can’t really say she’s been very “emotional” this pregnancy so far.  Oh, don’t get me wrong, we’ve had a night or two of her being upset because something got blown out of proportion, I mean, you can’t ignore hormones entirely, but it’s nothing like the earlier pregnancies.

A couple things that I think contribute to things being a little easier is that we are far more stable as a married couple. I feel loved and cherished, we are part of a fantastic church family, and I had my depression looked after. I really feel my faith has grown dramatically and I’ve got new eyes for reading the bible and studying scripture which has helped in all things pregnancy, parenting and marriage!

As well, husbands get a little…testy…during this time as well.  Often this is largely due to a drop off in sex, physical touch, or general attention.  But it can also occur because it’s a big shift in their life as well.  There is additional strain on us to provide for another family member.  If it’s our first, there is a huge expectation of life shifting to have to be responsible for someone else.  And in addition to that, societal expectations are that we just shoulder the burden and not mention it. For men, it’s taboo to express concerns, fears or discomfort about the future, particularly when talking about a new baby.  So, husbands too, can have some more emotional variety.  They might snap at times, or retreat from conversations, distance themselves in order to avoid arguments.  Again, this, often, gets better with experience and maturity. Jay has really changed as a husband and father, so I think that has had some impact on how he reacts to my mood swings and how he treats his resposibilites as a father and husband.

Physical changes can be different for each pregnancy as well.  During our first pregnancy my wife actually lost weight from pre-pregnancy to post pregnancy.  It helped that she was diagnosed border-line gestational diabetic and was told to watch her sugar intake and to get plenty of exercise.  But, my point is that it is not a rule that all women gain weight during every pregnancy (excluding the baby itself).  As well, women carry different during different pregnancies.  Sometimes they carry high, or low, or out.  There are also changes in breast size (again, sometimes they swell, sometimes they don’t) which can be temporary or permanent.  Some women lose height and/or gain a shoe size, but again, not necessarily during every pregnancy.  Don’t assume that because it happened last time, it will again this time.

My feet haven’t grown, but my hips sure are wider then when I was younger. There is this lovely hormone called Relaxin, and it causes your joints to relax a little and allow for your body to deliver your baby. It can cause some serious pain as your bones and ligaments get stretched out. You would think once you’ve done it once or twice your body would be sufficiently stretched, but my 4th pregnancy was the worst for this. I could hardly walk some days cause my hips and pelvic region hurt so bad. On a more positive note, this time around the nausea was tolerable. I mean I still felt like crap till about 15 weeks, but never threw up, which I’m thankful for.

And sex can be quite varied during different pregnancies.  During our first, well, we weren’t having sex much those days anyways, so it’s not fair to judge the pregnancies effect on our sex life.  But, we had one pregnancy that definitely contributed to a 9-month sexual hiatus.  She had no drive, and had pain whenever we tried, so early on, I basically gave up, and that lasted through the entire pregnancy and a couple months after birth.

The last pregnancy, we still had sex fairly frequently, we managed to find non-painful ways to have sex, but she still had little to no drive and it took a fair bit to get her aroused.

This pregnancy is a different ball game.  While my wife has never experienced an increase in drive because of pregnancy (which some women definitely have), her drive seems to be still fairly healthy, considering, and she seems to be much more orgasmic during this pregnancy. Not sure why, but it is so much easier this time for me to reach orgasm then any of the others. It’s been a lot of fun. The only problem is that I’m so exhausted this time around it’s hard to have the energy to have some fun before bed when all i want to do is sleep.

As well, I’ve learned that after every birth, the nerve endings seem to change.  What worked before to either arouse, or bring her to orgasm, didn’t work anymore.  Every child, I had to re-learn how to pleasure my wife.  Now, this can be frustrating for both people, but it can also be a learning experience.  Because of this, we have a wide variety of activities and techniques to draw on during sex, because we’ve been forced to expand our horizons to keep up with the changing responses in her body.

I guess my point is, in short, that every pregnancy is different.  I once simultaneously was excited to “try to conceive” and terrified of succeeding, for many of the reasons I listed above.  Especially, since we seem to be fairly successful at conceiving.  We never got that crazy few months of sex at every opportunity to try and have a baby.  Usually it’s “let’s try to have a baby” and then next week or two “well, looks like it worked”.  Which, I know, is completely unfair to complain about compared to couples who have trouble conceiving, but when you are in a sexless marriage, this promise of “tons of sex” for conception feels like a scam when you conceive on the first attempt and then don’t have sex for the next 9 months.  I only mention it in case there are husbands out there in similar situations.  There is hope, it can change.  It did in my marriage.

What is your experience with pregnancy changes? Do you think that spiritual growth and a better marriage affects your pregnancies as well?

<
Words and Wisdom from the Bible 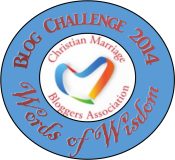 Words and Wisdom from Family
>

8 thoughts on “Every pregnancy is different”