Last week I was asked what my opinions on the book “Real Marriage” by Mark & Grace Driscoll were.  I didn’t have any because I hadn’t read the book.  I’ve seen the cover here and there, and I’d heard the name, but no-one’s opinion of the 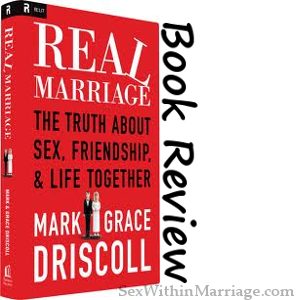 Last week I was asked what my opinions on the book “Real Marriage” by Mark & Grace Driscoll were.  I didn’t have any because I hadn’t read the book.  I’ve seen the cover here and there, and I’d heard the name, but no-one’s opinion of the book stood out in my mind.  Then I was told it was fairly controversial in the evangelical circles.  Well, that peaked my interest.  A book, about sex, by a pastor that’s controversial, that might be interesting, I thought.  Well, it’s really hard to write a book as a pastor about sex that isn’t controversial these days, in all truth, but still, it caught my mind.  So, I grabbed the audio-book, and spent a week and a half’s worth of commuting listening to it.  I also listened to the chapter on husbands with my wife while doing the dishes one night, and then the chapter on wives with my wife while making supper this afternoon.

I had posted on Facebook that I was going through the book, and some people were curious about my opinion of it, so I thought I’d write a quick review.

Real Marriage at times reads more like a collection of papers on subjects than as an integrated book.  While it does reference the other chapters internally, there is such a separation from chapter to chapter that each one could be taken as a standalone and read independent of the other chapters.  The back story of Mark & Grace is helpful to have in the subsequent chapters, but otherwise, is really flows sort of like a sermon series: which is to say, it doesn’t.  Sermon series are designed to be able to exist as individual entities, because you can be sure your entire congregation will not hear each segment.  This book has the same feeling to it.  While it does revolve around the topic of marriage (more or less), there isn’t a lot of continuity, but rather it jumps from topic to topic.

The book is broken into three major sections:

Real Marriage starts with a frank, open and real biography of Mark & Grace (the authors).  From there, it launches into Martin Luther’s biography.  The jump is not quite as severe as that would appear, as the focus of his story is on his marriage, not on his theology.  There is a lot of time spent on the topic of being friends with your spouse, which was nice to hear.  So many books (actually, all of the ones I’ve read on marriage) leave out that critical component, and it was nice to hear an author echo my own thoughts on the subject, that the best marriages are between best friends.  Then we have twin chapters, one for husbands (on love) and one for wives (on respect).

Now, I know many of you are thinking “Oh, no, not another love/respect juxtaposition!”  I know, because I thought it too, especially after my wife and I went through The Respect Dare and The Love Dare respectively.  But, to be honest, I really enjoyed the chapters on husbands, it had some good insights.  Likewise, my wife enjoyed the chapter for wives.  She said that while The Respect Dare spent a lot of time on HOW, it didn’t spend a lot of time on the WHY, or the big picture.  She felt the chapter really fleshed that concept out.

Next comes sex.  There is a good discussion on the extreme viewpoints of “sex as god” and “sex as gross”, and how Christians ought to be somewhere in the middle with “sex as a gift from God”.  Then some more biographical information on Grace, her history with sexual abuse, how she managed to find healing and move past it.

The chapter on pornography was particularly hard to listen to.  It brought up a lot of shameful memories, thoughts about hard times, bad choices, that feeling of being trapped: wanting to get out, while still wanting to stay in.  It was a good chapter…but not fun.  After which, there is a chapter on being a “servant lover” as opposed to a “selfish lover”.  This was handled very well, but, of course, it’s only of use if you are willing to actually listen and change.  The section finished up with a short discussion of some of the activities a married couple can perform in the marriage bed and on contraception.

Part 3, titled “The Last Day” is about planning your marriage, actually, your entire life.  Of looking at the goal you want to achieve, and then working backwards, reverse engineering, your life to hit that goal.  It’s more of a workbook really than anything else.  It reminded me a lot of the Life Plan by Michael Hyatt, and is a topic I need to be more focused on myself.

My Opinion of “Real Marriage”

So, what did I think of the book?  I enjoyed it!  It was easy to listen to, the information on Martin Luther was very interesting, and of course, I’m always curious to learn other people’s opinions on sex and marriage.  I do have a few theological points of contention that do not impact the core message of the book, but I also I don’t quite agree with his assertion that solo masturbation is OK in marriage, so long as your partner is “aware”.  As well, he’s unclear on what “aware” means.  Does it mean “well, I’m sure he/she does”, or does it mean “I know he/she did it at 3 pm today”?

I also noticed that his discussion on birth control failed to even bring up the argument of  “life begins at blood” instead of “life begins at conception”.  As such, his views on some forms of contraception are far more restrictive than mine.  He also failed to mention the risks involved with The Pill, but that’s not surprising as the vast majority of the public are still unaware of them.  I will have to write a post on that some time soon.

All things considered though, Real Marriage is a book I’d be willing to give out (with a short warning about the disagreeable statements).  It’s an interesting read, it’s extremely open and candid, which is refreshing.  It’s Christian and the authors did their best to be Biblically founded using lots of scripture.  As well, it comes out of a marriage that has struggled and won, and that is worth something.

So, in short, I recommend Real Marriage to any married or engaged couple.

Have you read this book?  What did you think?  Let us know in the comments below.

<
You don't have time for sex? 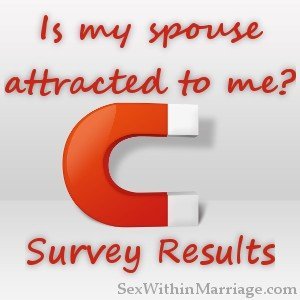 Is my spouse attracted to me?
>