Why do I blog about sex within marriage? Because ours started off horribly, and I want to help others get out of that dynamic as quick as possible.

So, here I am, a Christian, launching a blog, about sex within marriage.  What am I thinking?

I’ve been a Christian my entire life (meaning I grew up in a Christian family).  Recently I have come to realize that we, as Christians, are not doing a good job of teaching about sex. In fact, we are doing a horrible job at teaching about sex within marriage.  We spend so much time telling people “No sex until you’re married”.  But we forget to tell them “after that, you’re good to go”.  Often we teach “Sex is bad” and leave off the “unless you’re married, then it can be amazing”.  We don’t teach anything about sex within marriage, only about sex before marriage.

In short, the message we tend to get is “sex is dirty, dangerous and sinful, so save it for someone you love”.  How messed up is that? I don’t think that’s what God intended for us to teach our children.

Now, add this to the garbage we see in the media (TV, movies, books, etc.).  Media teaches a lot of incorrect things about sex. But, because it’s supposedly sex positive, people listen.

Specifically Christian relationships, and sex.  Why?  Because we needed to put our marriage on the right track.  Over the years, I’ve learned a few things that I’ve love to share.  If you’re a husband or wife, I want to help you get over some of the struggles we encountered in our marriage.  I want to be the resource for married couples that I wish I had earlier on.

Because these days, our marriage is solid, but it wasn’t always that way.  When we got married, our friends, family, and church left us alone to figure out sexual intimacy on our own.  They left us to figure out marriage on our own, really.  We had no sex talks beyond the clinical classroom education in elementary school.  They gave us little relationship advice, and some of what we did get was not good.  We had no idea some of the baggage we were bringing just growing up as normal people living in a fallen world.  This caused a rift in our marriage for the first 8 years.

Our marital sex life was a mess

We didn’t know how to communicate effectively, about sex, or anything else for that matter. We weren’t taught what a healthy married sex life was, so when we were disappointed or confused about it, we just figured either it was normal, or our sex life was so bad, we dare not talk about it – after all, no one else was talking about theirs, so it must not be a thing we can discuss, right? We never felt free to get help. So, we just stayed the course for years, hoping it would fix itself. For years, we largely tolerated one another, barely acting like spouses. We were barely even partners. More like roommates, that occasionally fell into bed together.

When we had sex, it was fun. In fact, my wife many times said “why don’t we do this more often?” which just confused and astounded me, being the spouse who wanted more sex. But creating that desire prior to sex seemed to be impossible for us. Trying to get my wife in the mood seemed impossible. More often, it would seem that the process was more about the planets aligning than about anything I’d done.

For me, it was simple – when we had sex, it would feel good, both physically and emotionally, so, why weren’t we free to be intimate more often? For my wife, even though she felt the same during sex, it was far more complex than that. Despite there being no history of abuse or trauma, or even partners prior to me, there was still a lot of guilt and shame associated with sex. There was this overriding mindset that the act of sex was still wrong in some ways.

When we started having kids, that didn’t help matters. If anything, it made it worse.

And visa-versa.  I think we had sex less than 12 times per year for our first 8 years unless we were trying to conceive. Even those evens didn’t boost our sex life much, because it turns out that we’re really fertile together. Yep, all those promises of “just wait until you start having kids” were a bit of a bust.  During one pregnancy, we went 9 months without any sexual contact at all.  The sad thing was: we thought this was normal.  Thanks to the media, and the lack of communication in our Christian upbringing, we assumed everyone else had the same issues with their sex life. Almost every TV show out there showed the same dynamic. The women want sex far less often than their partner – and so, they don’t have sex. When they do, it’s shown as a rare event. So, why should my marriage be any different than what we saw on TV?

It took us 8 years to finally turn our marriage around, and we’re still learning and growing more.  My hope is that this site will help those who are struggling themselves.  I hope this ministry will become a safe place for Christians to come, learn, share, get support, and be supportive of other marriages.  I hope that one day this blog will be the center of a community of sex-positive Christians. A resource of Christians who are willing to share what they’ve learned to help others.

Sex within marriage doesn’t exist in a bubble

But, the main focus of this blog will be on sex within marriage. Not to say that sex is the most important, or put sex on some kind of pedestal or make an idol out of it. But rather, because there are so few resources for Christians on this particular topic.

Note: Years later, I renamed the blog to “Uncovering Intimacy”, because I realized that I couldn’t write about sex as something separate from the rest. Sex within marriage is still a large focus, but not the only thing you’ll find here.

So, what would you like to see written about the topic of sexuality within marriage?  I know you’re probably reading this post years after it was written.  But I’m still interested.  Comment below, send me an email. Or, if you’re too embarrassed to ask, use our anonymous Have A Question page.

I look forward to interacting with you! 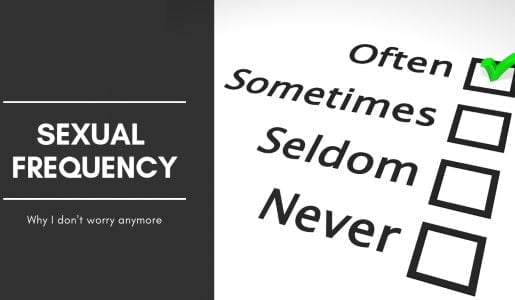