Is sex your drug of choice?

Is sex your drug of choice?

I’ve had a bit of a rough month, personally.  Nothing really changed, I just got really tired of the long commute, lack of sleep, high stress and lower pay of my new job, loss of autonomy, and on and on.  It sort of dropped me

I’ve had a bit of a rough month, personally.  Nothing really changed, I just got really tired of the long commute, lack of sleep, high stress and lower pay of my new job, loss of autonomy, and on and on.  It sort of dropped me into a bit of a depression.  Sex sort of became my drug of choice.  It makes sense.  It’s when I feel the lease stressed, the most loved, I can forget about the pressures and just enjoy (ecstatic) time with my wife.  Now, there’s nothing wrong with sex, and there’s nothing wrong with comfort sex, but using sex as an ongoing escape from reality, that’s not really healthy.

Because it’s a distraction.  It stops you from actually working through issues.  Instead of solving the problems in your life, you sweep them aside, live in a fog only wake up for short time in between.  In short, you escape from reality for small moments, instead of living a life of purpose.  Sex with your spouse should be an oasis in your life…not where you spend your entire life.

That’s what starts to happen when you live like this.  Your life gets compressed down to little slivers of happiness with a lot of waiting in between.  You fast forward through life, missing the chance to struggle, to grow, to improve.  To be authentic and real.

Life should be worth living, in an of itself, even when it’s hard.

Desperation is not sexy

Plus, when you’re desperate for sex and you don’t get it, then you get sulky.  And that just compounds the un-sexiness.

Sex as a drug is not the same as comfort sex

Now, there definitely is a time for comfort sex.  There’s nothing wrong with a spouse offering sex to make the other feel better, or asking for sex because you’re feeling a bit down.  Or even spouses taking comfort in each other’s arms during a difficult time.

Then David comforted his wife Bathsheba, and he went to her and made love to her.  – 2 Samuel 12:24a

But, a one time event, or a short season of “let me help you distress during this difficult time” is very different from “I need sex to feel good” or “I need sex to feel anything”.  One is a boost, a loving gesture that will increase intimacy.  The other creates a pattern of dependency that is unhealthy and ultimately detrimental to intimacy.

One day I was standing in the kitchen while my wife was making dinner, and I had been trying to work through what was going on.  Because all of this was playing in the background, but was not yet a conscious thought.  I knew something was going on, and had pieces of it, but it wasn’t until that day that I sorted it out.  I guess I looked pre-occupied, because Christina asked me what was going through my head, and I said “I think I’m depressed and I’m using sex with you to cope.”

That’s a scary thing to say.  You know why?  Because saying it means you need to start dealing with it.

Now, part of you expects your spouse to jump on board and say “I don’t want you depressed, let’s make sure you get lots of sex!” and when that doesn’t happen, you feel a bit rejected.  And, to be clear, it shouldn’t happen.  If it does, then your spouse is just enabling you.

Instead, what should happen is what my wife sent me a day or two later in a text conversation:  “Am I supposed to feel good about being your drug of choice? I honestly don’t know. This whole sex is the only thing that makes you feel good and happy is hard for me to process.”

She didn’t know how to respond.  I think she knew it wasn’t healthy, and it wasn’t something she really wanted to be a part of.  Spouses desire intimacy, and being your drug turns them into an object.  A pill to be swallowed.  That’s the opposite of intimacy.

In fact, after I admitted that, we had less sex the following week.  Which, honestly, made me feel worse.  But, my wife said something that took a couple of days to sink in.

Yep.  That was her solution “Focus on being content”.  And after a couple of days of continuing to mope about there being even less sex than before, I finally decided to give it a try.  Instead of focusing on all the difficult things that were going on, I decided to take my own coaching advice and focus on what would make me content.  I focused on my goals.  What did I want to turn this life into.  The key here is turning this existing life into something.  This isn’t a fantasy of being financially independent sitting on an paradise island with no worries and lot of sex.  I thought about what I could realistically turn this life into.  How could I tweak it into something that wouldn’t be a struggle, but rather would be a joy.

And so, I started making plans.  Now, these plans need at least a year before I can actually make the changes required, but in the mean time, I can plan.  I can work to set the stage.  I can live the life I have in the best way I can.  Amazingly, I felt better instantly.  I went from being fairly depressed to being quite content during a single commute (about 2 hours).

When I got home, I kissed my wife and told her I was feeling much better now.  She said a bit surprised.  Which is funny, because I took her advice.

Now, does it mean I want sex less?  By no means.  I’m feeling great, and that means I want to spend even more time with my wife.  But, the reason is very different.  I don’t want to have sex to feel good, I want to have sex because I feel good.  And you know what?  She’d much rather be with an independently happy husband than one that’s trying to feed off of her for happiness.

So, that’s what’s been going with me, and I thought it might help someone out there. 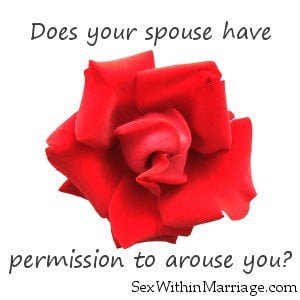 <
Does your spouse have permission to arouse you? 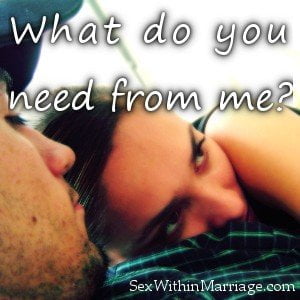 What do you need from me
>

8 thoughts on “Is sex your drug of choice?”