How to survive a growth season in your marriage

How to survive a growth season in your marriage

If you’ve been married for a few years, you probably know that marriages have seasons. Some are fun, some are exciting.  Some are amazing and intense.  Some are a bit dull.  When you’re just slogging through life, and some are a bit more oppressive than 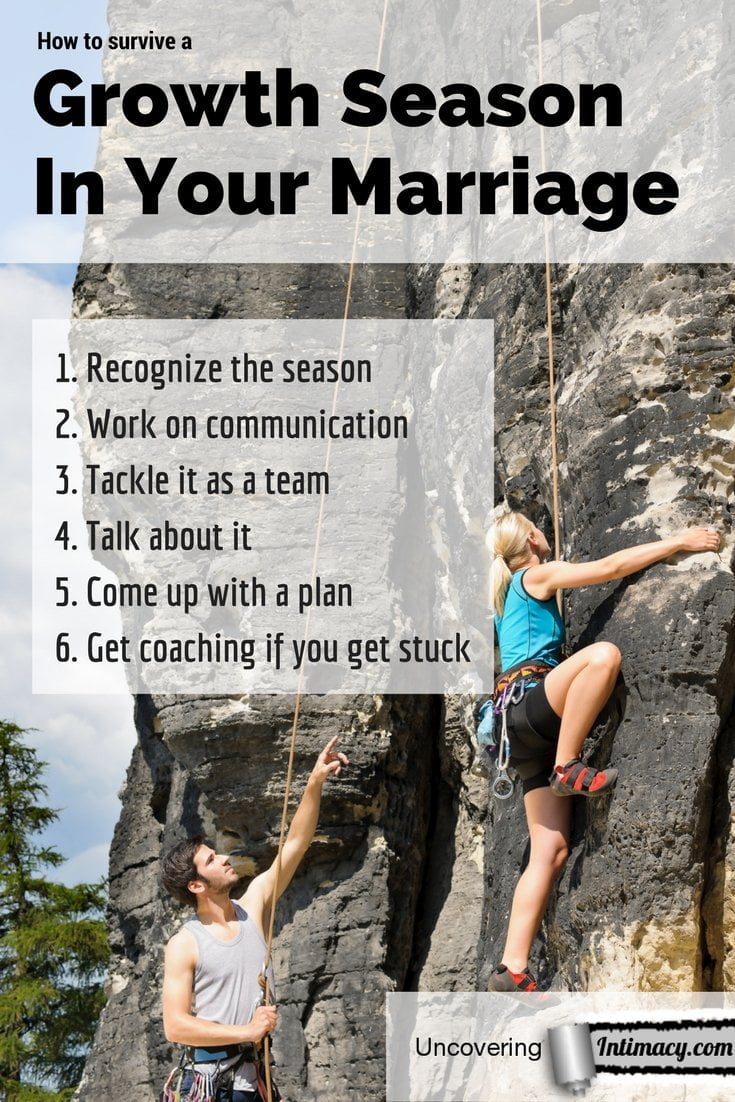 If you’ve been married for a few years, you probably know that marriages have seasons.

Some are fun, some are exciting.  Some are amazing and intense.  Some are a bit dull.  When you’re just slogging through life, and some are a bit more oppressive than that.  Often these last ones are what I call growth seasons.

A growth season is one where it’s often not fun during the time, but in the end, you’re glad you went through it.  It often comes with struggle, perhaps conflict, some definite growing pains either way, but ultimately, it helps to deepen intimacy, forces you to upgrade your skills, refocus, or something else that you likely wouldn’t have done without that season to push you.

So, what’s the difference between a growth season and just a difficult season?  Well, it’s largely your attitude and how you handle it.  If you don’t learn anything, then you’ve wasted the opportunity.

It’s not always possible to tell what it is you’re supposed to be learning while in the season, and it can even be subtle afterwards.  But make no mistake, there’s an opportunity in every one.

And I’m writing about growth seasons because we’re at the tail end of one, or at least I think it’s the end.  Some times it’s hard to tell until it’s passed.  And you know what?  It’s not been a lot of fun.  Enlightening, but not fun.  It’s not terrible, because we’ve learned to weather them, but without a strong foundation, I’d imagine times like this is where marriages start to fall apart.

Because divorces always don’t always come about because of affairs, addictions or other events like those.  Often it’s the day to day struggles that wear people down.  It’s during the opportunities for growth that spouses allow themselves to drift rather than fight to stay together.

Now, for those who are worried for us, we’re okay, seriously.  We’re not having a relationship rough patch, just a life rough patch that’s putting some strain on our relationship.

Like I said, we’ve got a firm foundation, so we’re okay.  But I wanted to take this opportunity to share some of the things that make up that foundation.  So here are some ways to survive, and thrive, through a growth season.

1. Recognize that there are different seasons

One of the best things you can do, individually and together, is to recognize that seasons are temporary.  Just because you’re in the middle of a difficult season now doesn’t mean that this is the way life and marriage will always be.

That said, if you can’t see the light at the end of the tunnel, or if you seem to be stuck in a growth season for a long time (months or years), it may be wise to reach out and get some coaching to help get you unstuck.  Sometimes people settle into their growth seasons until it just becomes a rut and there’s very little, if any, growing going on.

Now, ideally, you should work on communication before you need it, but if you haven’t, well then a growth season is a perfect time.  Because you’ll get to see theory put into practice immediately in tense situations.

Generally, I spend a fair bit of time with my coaching clients working on communication.  Why?  Because without communication, you can’t really even start to tackle the real issues.  It’s the tool to dig deeper.  Too many couples are trying to repair their marriages without good communication tools and habits.  It’s a bit like doing a home renovation without tools.  Sure, you might be able to eventually break that 2×4 with your hands, but you might also break your hand…

So, focus on good communication during a growth season.  It will help improve your chances of learning something, shorten the growth season itself, and speed recovery afterwards.

Too often we treat our spouse as an opponent.  It’s no wonder really.  Our culture trains us to do so.  TV shows and movies portray married couples as being rivals, always fighting for the upper hand.

Even in our churches we often inadvertently get taught that it’s “husbands against wives” or visa-versa by the jokes told on pulpits by well-meaning pastors.

So, understandably, when we reach an obstacle, conflict, or some other “opportunity for growth” as I like to call them, we immediately try to figure out whose fault it is.  Or at the very least, whose responsibility it is to fix it.

And yes, those of us who feel more spiritually mature (or self-righteous) will say “oh, well we both have things to work on”, but that’s really still using the same paradigm: that we’re in this alone.  You work on your stuff and I’ll work on my stuff.

But that’s not really taking a team approach.  That’s not “two shall become one”.  In fact, it leads to selfishness and ultimately contempt because we often default to believing that we’re working on our stuff and our spouse isn’t because they don’t care.  As a result, we conclude that they really aren’t as good a spouse as we are.

So, how do you handle this better?  Tackle everything as a team.  That doesn’t mean that there won’t be specific things you each need to do or specific ways you each need to grow.  In fact, it’s good to recognize your part and how you need to respond to the situation.  But that doesn’t mean you then tackle your own issues alone. The next two points explain how to tackle it as a team.

4. Talk about the opportunity with your spouse

Growth seasons are opportunities for deepening intimacy as well as personal growth.  Don’t let that part pass you by.  So long as you have a healthy communication framework, there’s no reason you can’t talk openly about the opportunity (conflict, obstacle, etc.).

Share your observations in a way that doesn’t involve criticism (personal attack) or showing contempt (belittling them).  Respond to your spouse’s input without defensiveness (counter-attack) or stonewalling (shutting down).

Share what part you feel responsible for and how you can change to meet the situation. 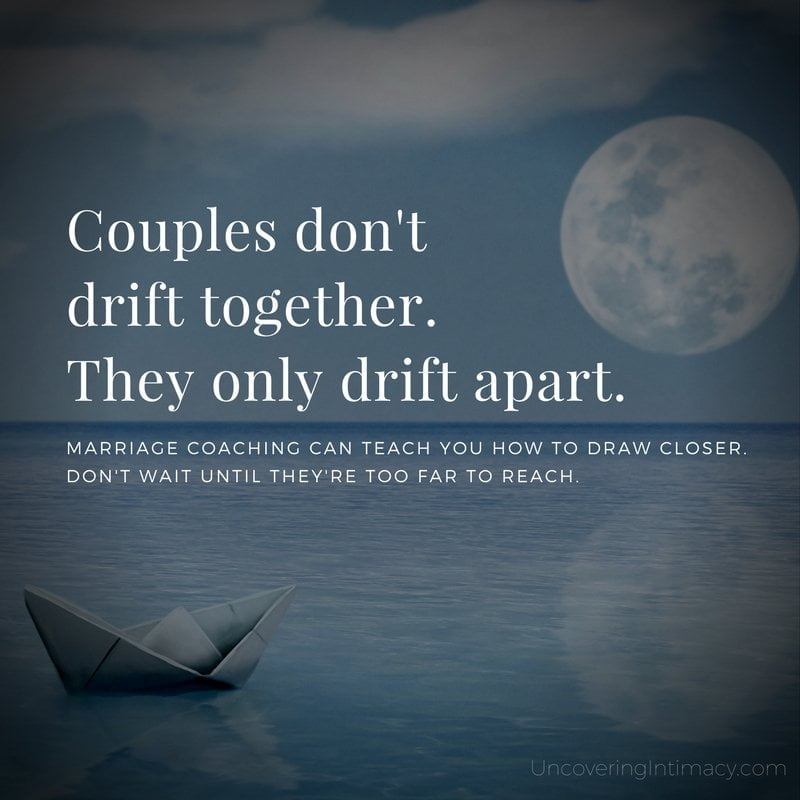 Once all the cards are on the table, come up with a plan to meet the situation.  How are you going to handle it together?  How can you support each other during this period?

What things need to change?  What is important to hold on to.  You might need to let some other things go.

If possible, share what would you like to learn from this season?  Or what do you feel God is trying to teach you in this season.  Those may not be the same thing.

If you can approach a season of growth with these steps, then I think you’ll find it’s easier and quicker to get through, you’ll learn more from the time and you’ll exit closer than you were when you went into it.  If you think you might be lacking the foundations needed to tackle it effectively, considering marriage coaching as a way to help build those up quickly. 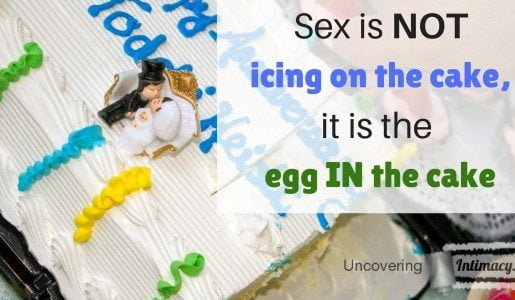 Sex is not icing on the cake, it's the eggs in the cake
>