Do not be deceived

Do not be deceived

I come across a pattern from time to time in this ministry.  Couples who get deceived by something evil, thinking it’s good.  I got a message just yesterday showcasing this pattern yet again.  So, I thought I’d write a quick post in the hopes that

I come across a pattern from time to time in this ministry.  Couples who get deceived by something evil, thinking it’s good.  I got a message just yesterday showcasing this pattern yet again.  So, I thought I’d write a quick post in the hopes that it will open someone’s eyes, in case it’s needed.

The crux of the problem is due to the Christian principle given in this verse:

And we know that all things work together for good to those who love God, to those who are the called according to His purpose. – Romans 8:28

It’s the basic belief that God can turn any situation, no matter how bad into something that is ultimately good.  He will find a way to further His Kingdom through any circumstance.  Amazing, isn’t it?  Here’s the problem.  Sometimes when God does this, when He brings about His good will through imperfect means, people mistakenly believe that the means were God’s will.

For such are false apostles, deceitful workers, transforming themselves into apostles of Christ. And no wonder! For Satan himself transforms himself into an angel of light. Therefore it is no great thing if his ministers also transform themselves into ministers of righteousness, whose end will be according to their works.  – 2 Corinthians 11:13-15

If anything, we need to be more wary of those inside the church than outside.  With non-Christians, we expect to have to test everything they say, we expect to hear the world’s wisdom, not God’s.  But from Christians, we sometimes let our guards down, and so these misguided individuals, instead of being rebuked, manage to lead still more astray.  Instead, we should be testing what they say as well (1 John 4:1).

Beware of false prophets, who come to you in sheep’s clothing, but inwardly they are ravenous wolves. – Matthew 7:15

Our churches are full of wolves in sheep’s clothing.  Many of them are so deceived they still think they are sheep.  So, I just wanted to write this to encourage you to read you Bible, to know it inside and out.  Because that’s the only way you’re going to know.  I’m going through these principles on my new blog and we’re just about to get into some really deep deceptions happening in our churches that God warned us about thousands of years ago.

Blessed is he who reads and those who hear the words of this prophecy, and keep those things which are written in it; for the time is near. – Revelation 1:3

Just be careful out there, read your Bible, pray unceasingly, arm yourself (Ephesians 6:10-18).  There’s a war going on, and most don’t even see it. 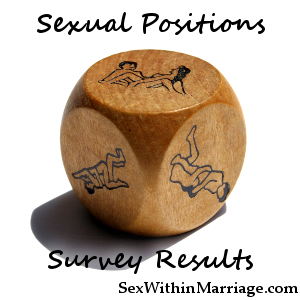 5 thoughts on “Do not be deceived”