Do Christians shave their pubic hair?

Do Christians shave their pubic hair?

For those of you who have filled out the survey (and if you didn’t, you still can here), you know that one of the reasons I ran the survey was because someone made the comment: [My wife] claims that NO ONE does that every week, 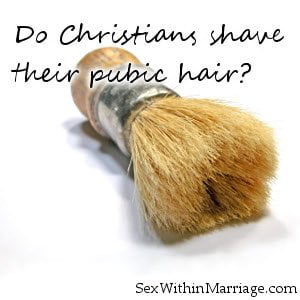 For those of you who have filled out the survey (and if you didn’t, you still can here), you know that one of the reasons I ran the survey was because someone made the comment:

[My wife] claims that NO ONE does that every week, month or more than once or twice a year…

regarding grooming, and I just can’t stand it when people make huge sweeping claims like that without having any data to back it up.  So, here’s the data for anyone who wants to try and pull that stunt:

So, let’s look at the simple stuff first:

How often do you groom your ‘private area’?

Leaving us with 11% saying they never do.

So, do Christians groom their pubic hair?  Yeah, almost 9 out of every 10.

Now, of course, the stereotype is that this is a ‘women only’ activity, and I can understand why.  I mean, they do seem to groom this area more often:

Leaving only about 6% that don’t groom themselves.  That’s a staggering 94%!

But, they aren’t alone.  There’s a lot of “manscaping” going on as well:

And these 14% tend to be fairly vocal.  Quite a few of them said they don’t because it’s not “manly”.  Now, I find this particularly funny, because these supposedly “manly” men who don’t want to groom their pubic hair, have, statistically, the least amount of sex.

What is your preferred grooming method?

Now, there was some variation between men and women, but not much.

Men preferred the disposable or electric razor (combined 91%), or scissors for another 8%.  1% used waxing/sugaring or chemical products.  Not a single guy listed laser hair removal.

What is your preferred grooming style?

Leaving our 11% who go prefer the “natural” look.

And of course, that leaves our 6% of women and 14% of men who choose to abstain from grooming.

Why do you groom?

Looking at the wives’ responses:

Only 9% said it was only for their husband’s enjoyment.  So, let’s call that accusation debunked.

What about the men?

Only 4% said it was for their wife’s pleasure.  What I didn’t ask, but I’d be interested to see a stat on, is how many of them do so in order to get more oral sex.  I bet that stat’s fairly high up there.  Perhaps next time around.

Why don’t you groom?

According to the wives:

Does grooming lead to more sex?

I know everyone’s curious about this one.  So, let’s see.  Does grooming yourself lead to more sex?  Well, I hinted at it above, but, let’s break it down more.  What grooming style leads to the most sex?

Let’s check out the women first:

What about the men?

So, if you ever have someone make fun of you in the shower at the gym for shaving…well, you’re statistically safe saying “Well, I have more sex than you do, so go ahead and laugh.”

There does seem to be a correlation between grooming (or not) and age.  Here are some highlights:

It will be awesome to be able to do these surveys again in 10 years and start to see longitudinal data.

Now, does grooming lead to sex, or does sex lead to grooming or neither?  Who knows.  We can’t tell from this.  I mean, it makes sense that if you groom you might think about sex more, and thus have sex more often.  It also makes sense that if you have sex more often, you might want to groom to make it better.  Or, if you aren’t having sex, why bother grooming, because it doesn’t make a difference.

Whatever your decision, I think your best bet is balancing your preferences with your spouse’s and with what works best for you.  Whatever you decide, you’re not “weird” for grooming, or not. 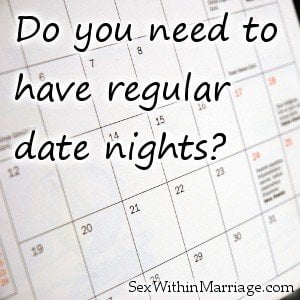 <
Do you need to have regular date nights?

What do you do if sex is painful?
>

33 thoughts on “Do Christians shave their pubic hair?”